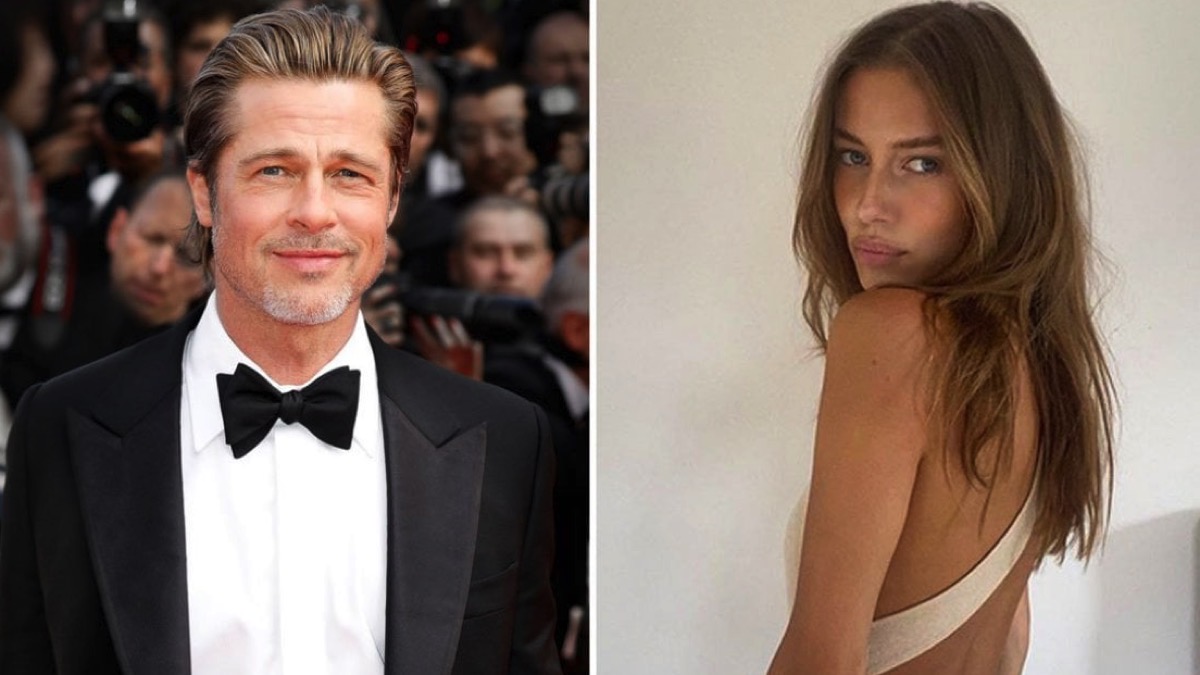 Oh, Brad. A model? And one who is almost 30 years younger than you are. I have to say that I’m a little disappointed in Brad Pitt, but at least he’s dating. The model, Nicole Poturalski is known professionally as Nico Mary.

Pitt was photographed boarding a private jet with 27-year-old Poturalski at a small airport near Paris yesterday (August 26, 2020).

According to multiple media outlets, the duo jetted off to the South of France for what’s been characterized as a “romantic getaway.”

“They were seen driving in a chauffeured vehicle that took them to the airport for their next flight,” an eyewitness told ET.

“They took the one hour flight and were spotted arriving in the South of France.” The insider added, “They were very low-key and entered the plane quickly.”

Us Weekly has confirmed that the 27-year-old model and 56-year-old Oscar winner are, in fact, dating.

The MailOnline posted photos showing Nicole seated next to Brad in a VIP box during a performance of Kanye West’s “Nebuchadnezzar” opera at the Hollywood Bowl in November 2019. So this romance seems to have been going on for a while.

Nicole speaks five languages, has one child, and founded an organization that provides aid for sharks.