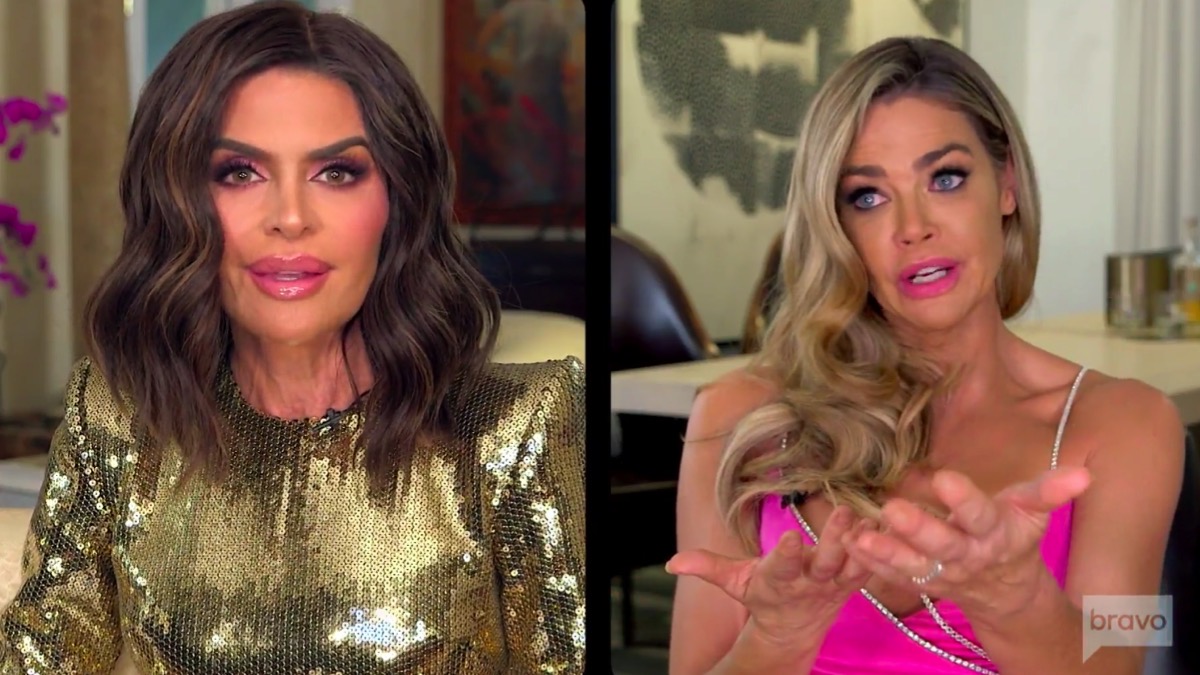 Hold on to your diamonds, because the Real Housewives of Beverly Hills reunion looks like it is going to be an explosive one.

The first trailer from the “virtual” reunion starts off with a bang as Lisa Rinna fires back at Denise Richards’ dig that the group is “vicious” and “mean,” telling her to “fucking shut up.”

Denise further clashes with her co-stars and walks off camera in the virtual reunion, after her marriage to Aaron Phypers and alleged relationship with Brandi Glanville become topics of discussion. Denise has denied Brandi’s claims they had sex.

“You bring up your husband’s penis almost every show!” Lisa Rinna yells at Denise, who is visibly upset.

Lisa also references a story Denise told about her husband last season. “The whole fucking world knows about Denise’s husband going and getting a happy ending from, like, a 100-year-old woman” she points out.

It doesn’t take long for the entire group to start discussing another major point of contention that divided them this season: Brandi Glanville telling Kyle Richards and Teddi Mellencamp that she allegedly had sex with Denise (Denise has repeatedly denied Brandi’s claims).

When the subject comes up at the reunion, Denise tells Andy Cohen, “I feel like you’re trying to discredit this,” though it’s not clear what exactly she’s referring to.

“I’m showing all sides,” the Watch What Happens Live host responds, prompting Erika Jayne to chime in and say, “Except Brandi’s side.”

The drama comes to a head when Denise stands up and walks away from the cameras holding her reunion notes.

“Did she leave?” a confused Kyle asks, followed by Erika summing up pretty much the entire sneak peek by mouthing, “What the fuck?”

The three-part The Real Housewives of Beverly Hills reunion kicks off Wednesday, Sept. 2 at 9 p.m.!