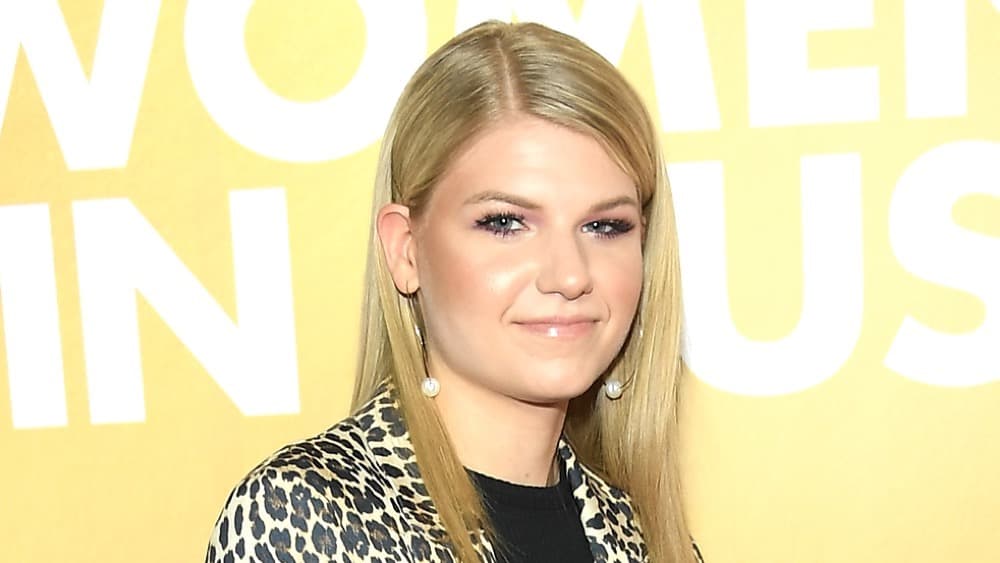 Endnotes: Gwyneth Paltrow Shocked to Find Out She Was in Spider-Man: Homecoming and More!

Brynn Elliott’s star is definitely on the rise. Her breakout single “Might Not Like Me” not only was a top 15 hit on the Hot AC charts, it was also featured on television shows including Younger and American Ninja Warrior.

The song is from her debut EP, Time of Our Lives, which she co-wrote with Nathan Chapman, a Grammy-winning producer who has also worked with Taylor Swift and Kylie Minogue.

Brynn describes her music as “smart pop” and she’s got a great foundation for creating catchy, yet thoughtful hits. She graduated from Harvard last May, studying Philosophy.

Brynn took some time out of her busy schedule to talk about her music, bad online dates and embracing her inner nerd in our exclusive interview.

Socialite Life: I read that Guns ‘n’ Roses inspired you to pick up a guitar. Who are some of your other musical influences?

Brynn Elliott: I am really inspired by powerful vocalists like Adele and Brandi Carlile. I love rock bands like U2 and Coldplay and try to incorporate their sweeping melodies into the kind of pop music I write.

SL: How would you describe your sound?

Brynn: I would say its smart pop – its pop music that while simple is still very deep. I try to reflect that in the way the music sounds. It really is all about the lyrics and melody for me, so I try not to allow the production of a song distract from those two things.

SL: The lyrics of “Might Not Like Me” tell potential suitors that if they don’t like girls “smarter than you” that they might not like me. Is this coming from personal experience? Are men intimidated by the fact that you’re an Ivy Leaguer?

Brynn: I wrote the song about a boy I dated at Harvard – he was a student there as well. At the time we were dating he took a really competitive approach to our relationship where I couldn’t be smarter or more accomplished than him in any respect – he was intimidated by my ambition. And I flirted with the idea of making myself smaller so that he could fit into my life. But then I had this moment where I realized that I didn’t have to do that – and if the only reason this boy was intimidated by me was because I did something better than him – then I really wouldn’t want to date him any longer. The point of the song is not to prove that I’m smarter or that I have some weird ego thing – the point of the song is that there should be equality in relationship – and if that means that one partner is better at one thing than the other than that should not only be embraced, but celebrated. He studied chemistry and was WAY smarter than me at that! But I can write way better songs than he can 🙂 and that’s okay.

And I don’t think men who are secure with themselves will be intimidated by me – and that’s the kind of “suitor” I want.

SL: How were you able to balance establishing yourself as a musician and your course load at Harvard?

Brynn: I decided I wanted to do it – I think that’s the main reason I was able to do it. It meant that I would have to take the train to play different shows around the New England on the weekends. One time I even sent in a paper at a show right before I had to go on stage to play my set – I made it work. It wasn’t very balanced, but it was a whole lot of fun!

SL: What has been your most rewarding life experience so far (musical or otherwise)?

Brynn: I think getting into Harvard was the most rewarding. No one in my family had gone to college before. My parents didn’t have the time or money to do that when they were my age. It was something I really wanted to do and it was so incredible for me to be able to bring them into my college experience.

SL: Who has been the favorite artist you’ve toured with?

Brynn: That’s hard – I can’t really choose a favorite because truly love them all so much. Brandi Carlile and Jon Foreman are some of the best performers out there right now. To learn from them was incredible and every time I create a new set list I think of what I learned from them.

SL: Who would like to tour or collaborate with?

SL: What song on Time of Our Lives means the most to you?

Brynn: “Tongue Tied” – it was the song that showed me it’s okay to talk about love in songs. Before I just wanted to write about philosophy or things other than romantic relationships – but I fell in love in college and wrote this song. It’s also a special song to be because it’s just me and one other instrument – which is how I started writing songs in the first place when I was in high school.

SL: In another interview, you said that your song “Internet You” is based on the online personas we give ourselves, and you mention dating in particular. What has been your worst dating story?

Brynn: Well – my friend set me up with this guy and shared his Instagram with me. I saw that he captioned his picture with one of my favorite quotes from T.S. Eliot – “Only those who will risk going too far can possibly find out how far one can go” – I thought, “Wow this boy knows T.S. Eliot, we are going to read together!” When we met up and I mentioned the post, he looked at me like a had four heads. He didn’t know who T.S. Eliot was and said that he googled the quote because the picture of himself was so “epic.”

SL: On your Instagram page, you feature the hashtag #nerdygirlsunday Do you think you’re a nerd?

Brynn: Yes! I post a quote every Sunday and ask my followers to send me their favorite quotes – one if which I feature along with my quote. I am a nerd and I do embrace it. I was having a conversation with one of my friends one day and prefaced something I was going to say with “Now this might sound too nerdy…” and she stopped me and told me never to say that again. She said, “Brynn you are passionate about something – about books and about learning. You should never apologize for that.” And after that conversation I started to embrace my identity as nerdy.

SL: Do you think more people should embrace their inner nerd?

Brynn: I think people should embrace whatever it is they are passionate about – don’t be afraid to really pursue what you love no matter what anyone says or thinks of you. If they call you a nerd, then it means they see you are passionate and devoted to something and that’s really cool.

SL: Do you have any spare time? If so, what do you do with it?

Brynn: I do! I read, run and share time with friends.

SL: What else inspires you?

Brynn: My mom inspires me. She’s been through a lot of health problems and has come out the other side so much stronger.

SL: Everybody has a “back-up plan.” What would you have wanted to do if you weren’t a musician?

Brynn: I don’t believe in back-up plans! But for fun I’ll say that I would be a philosophy teacher/professor.

SL: What’s next with your musical career?

Brynn: I am releasing and touring my music for the rest of the year!

SL: Do you plan on furthering your education? Do you aspire to be Brynn Elliott, PhD?

Brynn: I am not ruling this out! Who knows 🙂

SL: What advice do you have for aspiring musicians?

Brynn: Be yourself – I know it sounds cliché but it’s the truest thing for an artist. Look at yourself honestly and think about what you want to create and do that the most you possibly can. People will connect with your music if you really believe in it.

Give Brynn’s music a listen, you’ll be glad you did. Her EP is available wherever you stream. Make sure you keep up with all things Brynn by stopping by her website or following her on Instagram, Twitter, and Facebook.

Endnotes: Gwyneth Paltrow Shocked to Find Out She Was in Spider-Man: Homecoming and More!