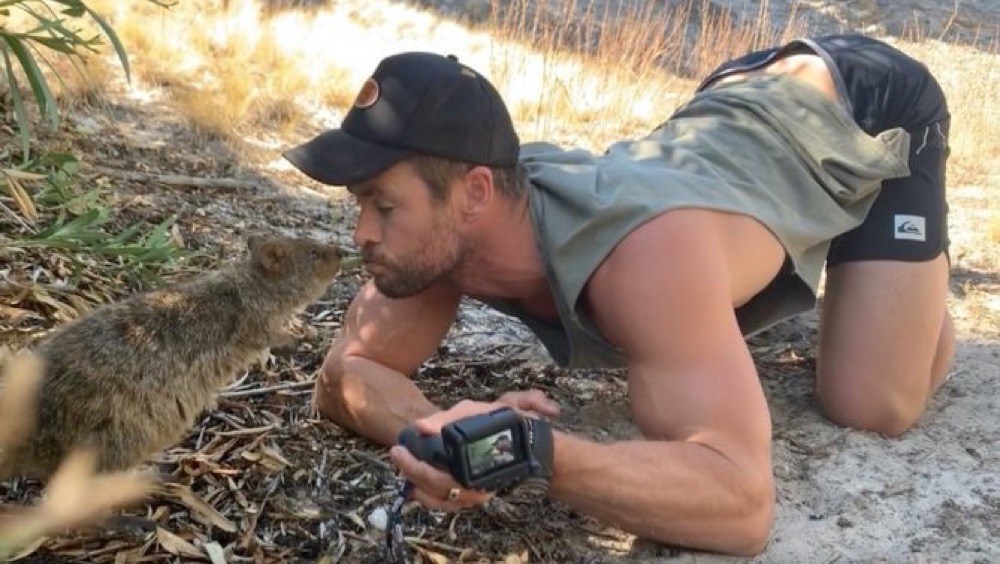 Chris Hemsworth accused of “gay-baiting” after posting intimate arched back interaction with a small mammal. Yes, this is “serious.” — Towerload

Are your any of your “favorites” returning for 90 Day Fiancé: Happily Ever After? Season 4? — E! News

The first look at the second season of Netflix’s Chilling Adventures of Sabrina reveals just how powerful of a witch Sabrina has become. — The Muse

Ariana Grande celebrated the kickoff of her Sweetener world tour, which begins Monday night in Albany, with a new modification to one of her old tattoos. — Elle

Charlie Hunnam gets blasted for his admiration for Jordan Peterson, the controversial psychologist, author, and hero of the men’s rights community. — Yahoo

Diane Kruger got her abs back after having a baby! — Celebitchy

Eggboy is 17-year-old Will Connolly, who this weekend, without fear or hesitation, cracked a raw egg on Fraser Anning‘s head after the horrible comments the Australian senator made about the tragic New Zealand terror attack. Dean Cain AKA Superman from the 1990’s TV series Lois & Clark: The New Adventures of Superman, who took to Twitter over the weekend to say he would “knock that kid cold.” The internet let Cain “have it” after that comment. — HuffPost

Brad Pitt, Leonardo DiCaprio’s Once Upon a Time in Hollywood Movie Poster Slammed for ‘Looking Photoshopped’

Chris Hemsworth to Seriously Bulk It Up for Hulk Hogan Movie