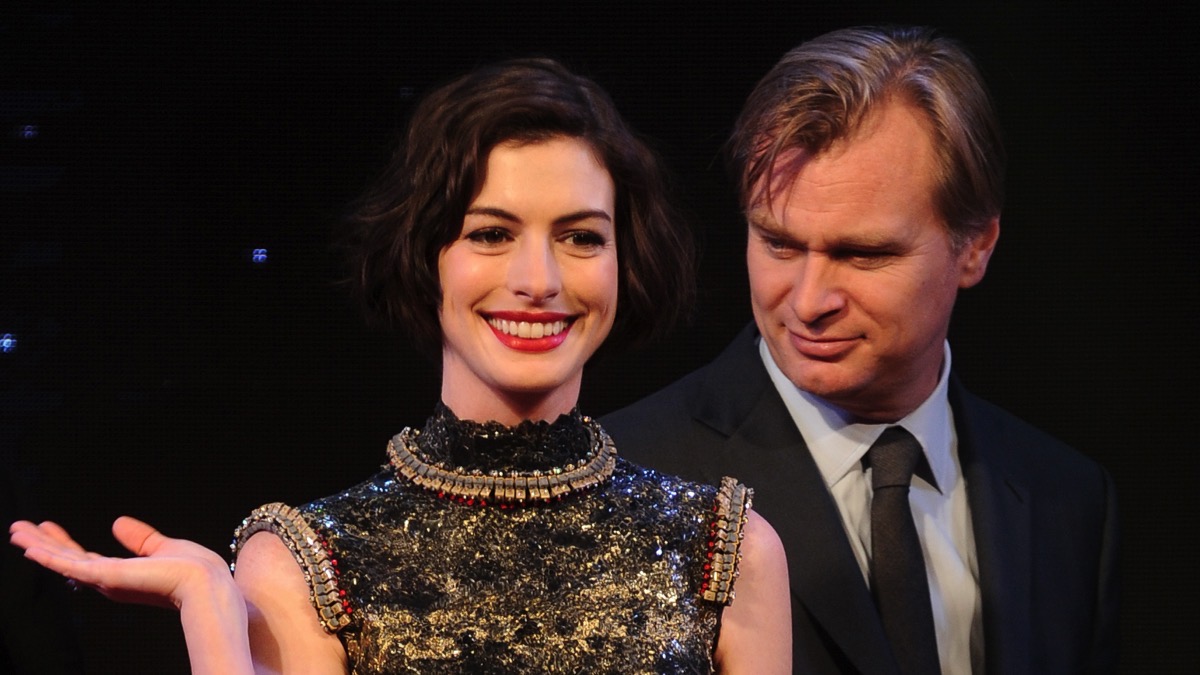 Photo by VCG/VCG via Getty Images

Christopher Nolan‘s team has set the record straight after people were buzzing on the internet following reports that the filmmaker bans chairs from set. Denying the absurd claims, a spokesperson for the director says that the statements about Nolan’s chair ban were not accurate.

“For the record, the only things banned from [Nolan’s] sets are cell phones (not always successfully) and smoking (very successfully),” Nolan’s spokesperson Kelly Bush Novak of ID said in a statement to IndieWire.

As for Anne Hathaway‘s claims that the Tenet helmer doesn’t allow chairs on the set, the spokesperson says, “The chairs Anne was referring to are the director’s chairs clustered around the video monitor, allocated on the basis of hierarchy not physical need.”

Novak goes on explaining that Nolan opts out of using his chair, but doesn’t impose the same preference on others working with him. “Chris chooses not to use his but has never banned chairs from the set. Cast and crew can sit wherever and whenever they need and frequently do,” so the spokesperson claims.

Hathaway previously praised Nolan’s decision to ban chairs from set to prevent an unproductive work ethic. “Chris also doesn’t allow chairs … and his reasoning is, if you have chairs, people will sit, and if they’re sitting, they’re not working,” she said in an “Actors on Actors” video interview with Hugh Jackman published on Monday, June 29. (IndieWire)

Paris Jackson Opens Up About Her Sexuality

Paris Jackson is opening up about her private life like never before in the new Facebook Watch series, “Unfiltered: Paris Jackson and Gabriel Glenn.”

Costarring her boyfriend/The Soundflowers bandmate, the show — which premiered Tuesday — promises to give fans an inside look at Jackson’s unique family, love life and aspirations to make it in the music industry outside of her famous father, Michael Jackson’s, shadow.

She revealed that her father, Michael Jackson, would “tease” her about girls as a child.

The musician, who identifies as gay, never thought she’d end up in a long-term relationship with a man, saying: “Thought I’d end up marrying a chick.”

She opened up about her past relationships, many of which she has kept quite private up until now.

■ Lizzo has gone on a vegan diet during lockdown and it looks like it could actually be quite manageable. (Celebitchy)

■ Harvey Weinstein and his accusers on Wednesday reached an $18.8 million settlement in Manhattan’s federal court as part of a class-action lawsuit. (NBC News)

■ Maroon 5 bassist Mickey Madden was arrested Saturday afternoon in Los Angeles on charges of domestic violence, according to multiple media reports. Police confirmed that the charge against the 41-year-old musician involves willful infliction of a “traumatic” injury on a spouse or cohabitant. (Page Six)

■ Fox News has fired longtime anchor Ed Henry after investigating a complaint about “willful sexual misconduct in the workplace.” Henry was dismissed after the network received a complaint from a former employee on June 25. No further details have been disclosed. (HuffPost)

Seattle Mayor Jenny Durkan‘s executive order declared gathering in the autonomous zone unlawful and warned that city agencies, including police, would be shutting it down.

Officers overturned public portable toilets in the area and ordered people to leave, according to The Seattle Times. Those who didn’t were arrested, the department tweeted.

“Officers enforcing today’s order are wearing a higher-level of protective gear,” the department tweeted. “Police are utilizing this equipment because individuals associated w/the CHOP are known to be armed and dangerous/may be associated with shootings, homicides, robberies, assaults & other violent crimes.” (CNN)

■ Four-year-old LeGend M. Taliferro was shot and killed while he slept early Monday in his Kansas City home. LeGend survived open-heart surgery when he was four months old which he survived, only to be brutally murdered. (Kansas City Star)

■ A judge has temporarily blocked the publication of a tell-all book by President Trump‘s niece, Mary Trump. (CNN)

■ The Trump administration has bought the entire stock of Gilead Science’s Remdesivir, the drug shown to reduce recovery times for people suffering from coronavirus, leaving none for the rest of the world. (Towleroad)

Make sure this fitsby entering your model number.
[INNOVATION DESIGN] Exclusive innovative design, this Bean Bag Game can be assembled very quickly by flicking and sticking and stored very easy by tearing and stacking with a small footprint and meeting every needs in the portable travel.
[LIGHT WEIGHT AND PORTABLE] With a weight of 2 kg and a length of 11inch*11inch*4inch after folding, this Corn Hole Boards are more lightweight and portable than other Cornhole Game in the market. A handy and funny Bean Bag Toss Game in indoor, outdoor and travelling activities.