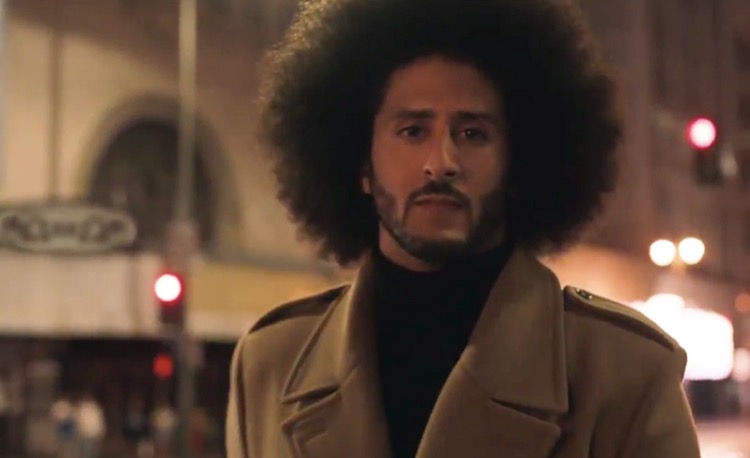 Get ready for some more stupid-ass shoe burning.

Nike’s “Just Do It” ad narrated by Colin Kaepernick is scheduled to air during Thursday’s NFL season opener between the Atlanta Falcons and Philadelphia Eagles, the Associated Press is reporting.

The two-minute spot pulls together clips of young and more accomplished athletes overcoming obstacles on and off the court. The footage features LeBron James and Serena Williams. Kaepernick himself appears about 80 seconds in.

“Don’t become the best basketball player on the planet, be bigger than basketball,” Kaepernick says as footage of James on a basketball court transitions to video of the Los Angeles Lakers forward at the grand opening of the school he opened in August in Akron, Ohio.

“Believe in something, even if it means sacrificing everything,” Kaepernick adds.

The commercial ends with Kaepernick saying, “So don’t ask if your dreams are crazy, ask if they’re crazy enough.” As one of the world’s largest sports apparel companies, it seems Nike’s dream is crazy enough.

Watch the ad below.