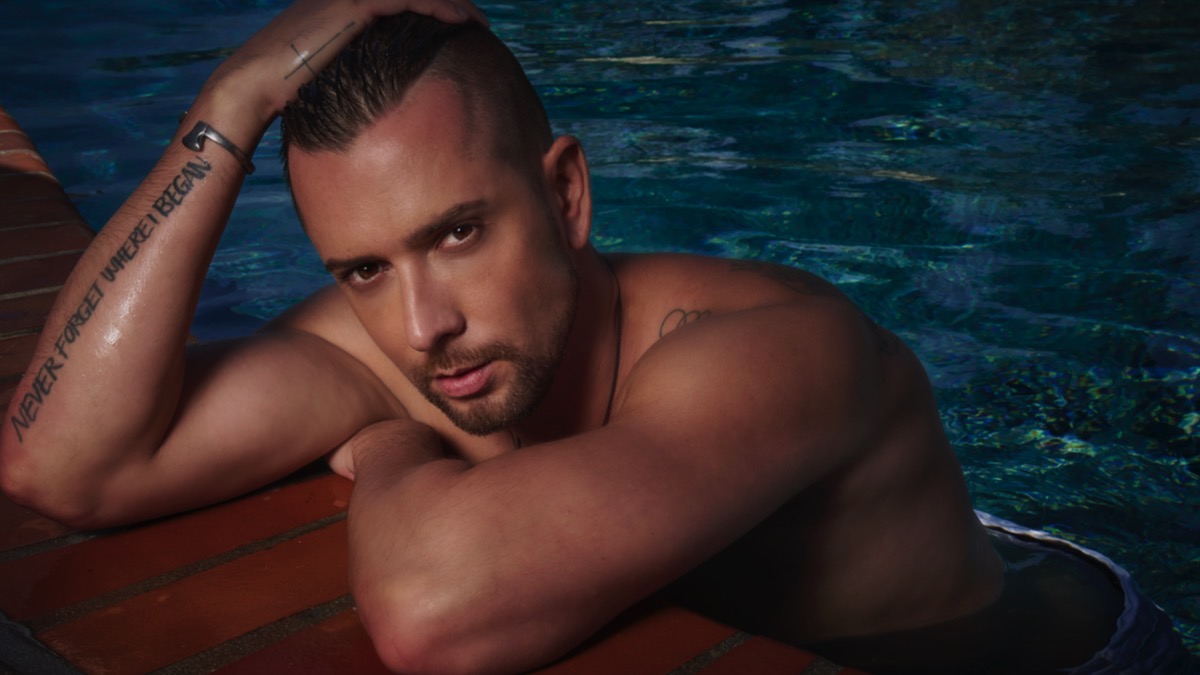 David Hernandez came on our radar when he competed as a contestant on season 7 of American Idol.

Performing was in his blood from the start, as he started singing at the tender age of six. After making his stage debut in a production of Annie, he went on to tarring in musicals and performing with various theatre companies.

David just released a new single, “Sorry” and the accompanying video was shot just a few weeks ago. David says the song is a metaphoric letter to those he has hurt in the past as well as those who have hurt him.

He recalls that “Fifteen years ago, I met someone incredible. I was just out of a break-up and not in the state of mind to realize how good this person was until it was too late.  I broke their heart, lost them, and have never spoken with this person since but they are forever imprinted on my heart.”

He adds, “What I love about ’Sorry’ is I’m allowing myself to be vulnerable and I’m getting closer to speaking my truth.  It’s basically me admitting, “Hey I fucked up. I am not perfect but I am trying to be better.”

As for the video, which was shot in West Hollywood, the crew was kept to a minimum with only David, director Derek Caldera and cameraman Arno Diem on set. They were careful to distance from one another and only shot in areas where there were no other people.

The empty streets and garage worked well with the song’s theme.  As David explained, “It helps to convey the loneliness of being left with your thoughts after the one you love has left or you have left them. It’s like your heart and soul have become this ghost town.”

Get to know more about David as he answers the Socialite Seven!

My grandpa took me on an audition when I was 6 years old for a musical. I got the part and immediately knew music was what I wanted to do for the rest of my life. Of course, people tried to talk me out of it because my grandma and my really wanted me to go to college and get a degree. Everyone knows that entertainment is a very unstable career to have. There’s a lot of ups and downs. So, of course there’s been times where I have hated the business side of it and how cut throat it can be. But I have never regretted making it my career because I honestly don’t think there’s anything else I would rather do. Music is embedded in my DNA.

The music of Stevie Wonder, Whitney, and Mariah to name a few. My mom is also a huge influence because she played all of the vinyl records I listened to growing up as a kid. Music like the Temptations, Luther Vandross, Otis Redding etc. She also played Journey, The Cranberries and Meatloaf. Lol. So, my influences have been pretty eclectic.

There are so many but definitely John Legend. I think he is an incredible singer/songwriter with such a unique sound. I would also love to collaborate with Christina Aguilera, Alicia Keys, and Beyoncé, but that’s all pretty ambitious. A collaboration with Kygo, Calvin Harris, or the Chainsmokers would be amazing!

90’s gangster rap for sure!! Haha!  That takes me back to growing up in Phoenix. I love rap.

The Five — What We Do in the Shadows, Harvey Guillen, Friends Reunion, Succession, and the Cooking Grandpa

I hope that I can touch some lives through the music and the songs I write. I want to connect with all different walks of life. I feel like my music and my time on Idol has already done some of that but I want to keep going and inspiring as many as I can and leave somewhat of a legacy. I know that this is only another beginning for me. It’s not over until I’m 6 feet under and that, God willing, won’t be for a while. I want to give kids that grew up like I did the faith that with hard work they can also do what I am doing.

Fuck ‘em. Do you. Those that mind don’t matter, and those that matter don’t mind. Xo

Watch the video for David Hernandez’s “Sorry” below!