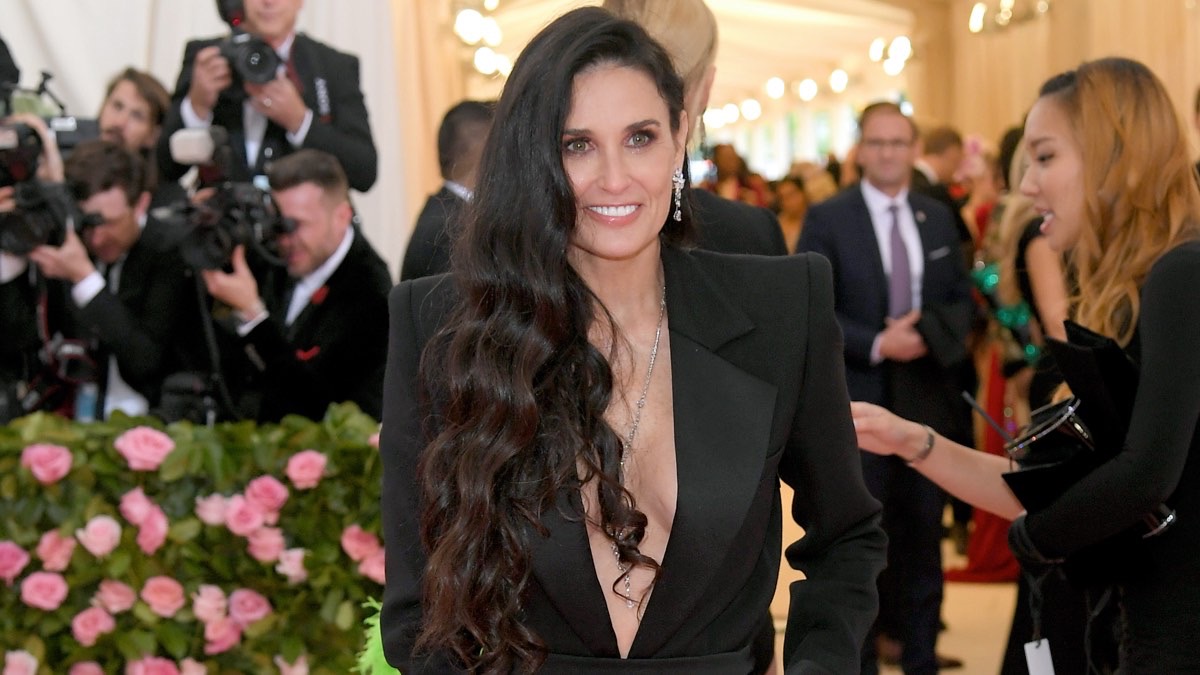 Demi Moore got real about her relationship with Ashton Kutcher in her Inside Out memoir, revealing that she suffered a miscarriage while they were dating.

According to The New York Times, the actress, 56, was pregnant with a baby girl and chose the name Chaplin Ray, but lost the child about six months into the pregnancy.

The Thursday, September 12, article went on to say that the Ghost star blamed herself for miscarrying because she had started drinking again.

After she and the That 70’s Show alum, 41, wed in 2005, they tried fertility treatments, but the New Mexico native’s drinking got worse and she started abusing Vicodin. She also learned that her husband had been unfaithful.

Read more at Us Weekly.

OMG BLOG: In “Sure Jan!” Type News: Shawn Mendes and Camila Cabello Give Us a “Kissing Tutorial”

Jezebel: Millie Bobby Brown, a Child, Is Sorry for Pretending to Wash Her Face

Kenneth in the 212: Did Thomas Roberts “Amicably Leave” Yet Another Job Because He Was a Big Gossip Queen?

Celebitchy: Miley Cyrus & Kaitlynn Carter ‘legit made out against a wall like the entire night’

Boy Culture: Lady Gaga: If I’m Not Changing People’s Lives, What Are We Doing Here?

Evil Beet Gossip: The Office Gets a Podcast With Angela and Pam…

In Toronto for the world premiere of personal concert film Western Stars, Bruce Springsteen was spotted at Weslodge today for a luncheon.

MOMENT OF CUTENESS: Kids Are the Best

JK Rowling has donated $20 million to support research into neurological conditions at a center named after her mother.

The Anne Rowling Regenerative Neurology Clinic at the University of Edinburgh was established with a donation from the Harry Potter author in 2010.

The center is an integrated care and research facility focusing on MS and neurological conditions with the aim of bringing more clinical studies and trials to patients.