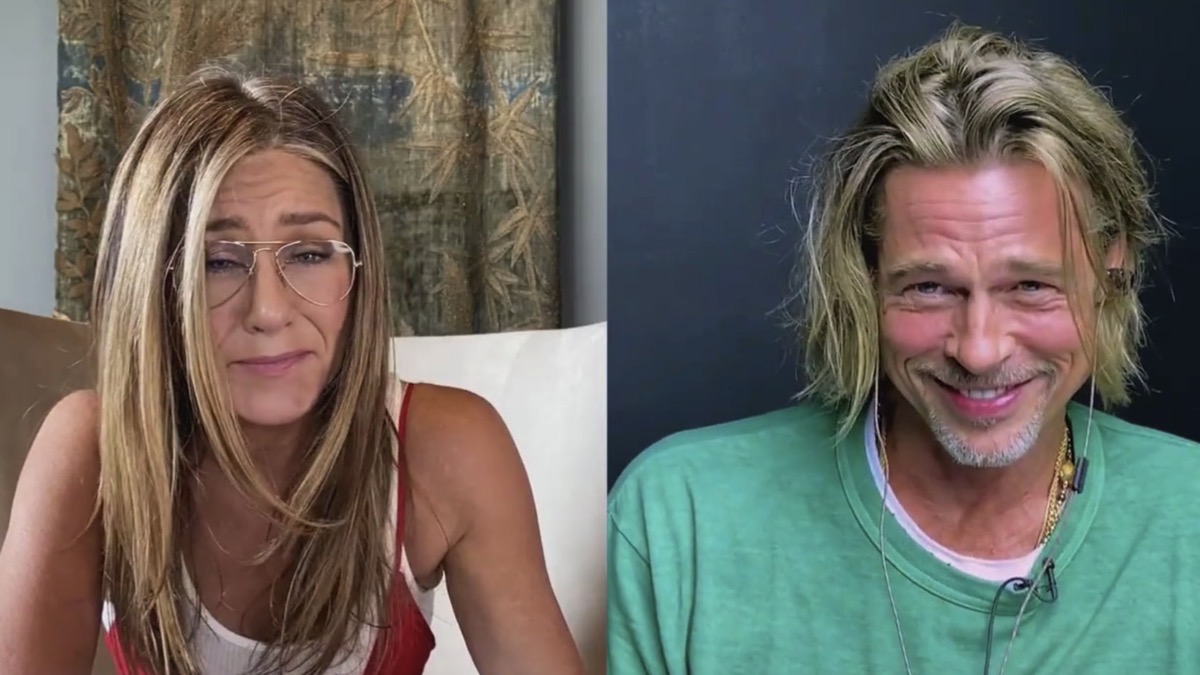 It looks as if everyone was having fun during last night’s (September 17, 2020) table reading of Fast Times at Ridgemont High.

The twist was no one knew which part would go to whom, and Jen and Brad’s characters happen to get that very flirty scene.

The two former spouses got to reenact the movie’s deeply embarrassing swimsuit sequence, in which Brad’s character fantasizes about jerking off to Jen’s character. “[Linda’s] breasts seem even bigger than usual. Her nipples are hard,” Morgan narrated the scene as the video showed the faces of other participants, including Julia and Matthew, who couldn’t help but crack a smile.

Jen, in her part, maintained a straight face while Brad sheepishly smiled. Then it was Jen’s cue to read her flirty line. “Hi Brad, you know how cute I always thought you were,” she said in his character’s fantasy. “You’re so sexy.”

Shia LaBeouf took the role of stoner Jeff Spicoli very seriously as he seemed to be getting quite into the role by smoking a ton of pot.

Watch the table read of Fast Times at Ridgemont High below.