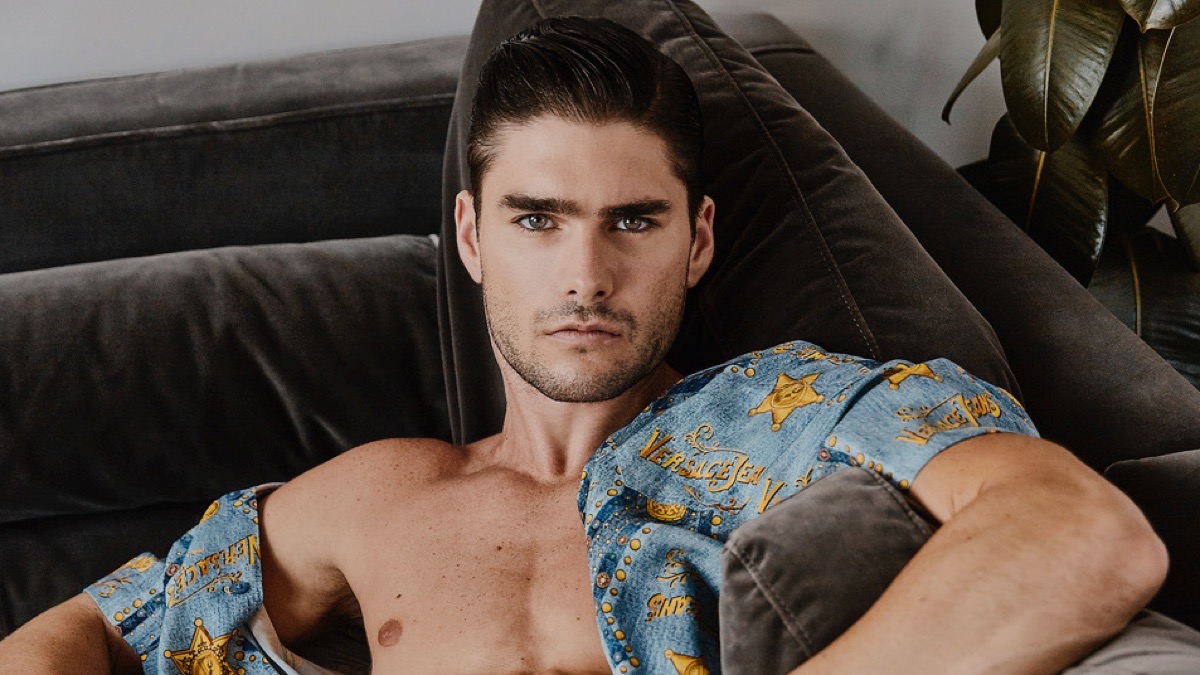 No, Brad Pitt Is Not Dating Arrested Development’s Alia Shawkat

One of my favorite things about writing for Socialite Life is being able to chat with gorgeous male models, and my latest interview subject is no exception.

Charlie Matthews‘ exotic looks can be attributed to his Serbian background (he’s a first-generation Serbian American) and his natural charm and charisma have made him an in-demand model, appearing in campaigns for Calvin Klein, Skechers, Target and Jeremy Scott.

Growing up in Anaheim, Charlie was a professional video gamer, who completed in tournaments as a teenager. He was discovered by an agent in a grocery store and moved to New York City to pursue a career in modeling. Within a few months, he landed a national ad campaign with Nautica and appeared in Arena Homme Plus magazine.

Charlie’s star continued to rise and in 2018 the model, currently repped by DT Model Management in LA, was hand-selected by Paul Marciano to be the face of GUESS. Charlie has appeared in four campaigns for the company. His most recent effort is a steamy commercial for   GUESS Seductive Noir.

He took the time out of his busy schedule to answer the Socialite Seven. Learn more about this handsome, all-American model.

Walking out of a grocery store in my local town of Yorba Linda, CA, a scout came up to me and asked if I wanted to model. I haven’t turned back ever since.

What is the last movie that really moved you, and why?

The movie I recently watched that really gets me every time is Rocky because he tells his story about what he was going through, the struggles and obstacles he has to face, and then one day he gets an opportunity to compete against the best fighter in the world, and when he does he gives everything he’s got. That’s what I can relate to in the industry, you get one opportunity of a lifetime and it can change your life, so be 100% prepared.

What three things could you not live without?

My friends, my family and food.

The title of my autobiography would be Charlie Hustles.

What’s one thing you still want to scratch off your “bucket list”?

One thing I want to scratch off the bucket list is to walk in a major show or shoot a major campaign in Europe.

If you could devote your life to one charity or cause, what would it be and why?

The charity I would devote my life to is the children’s hospital because I want to give the opportunity to help out as many children and give them the compassionate treatment and facilities they need.

If you could offer advice to your younger self knowing what you know now, what would that be?

The advice I would give to my younger self is, you stuck to your goals, you stayed focus and no matter what obstacles you meet in life, you will find a way to reach your goal.

No, Brad Pitt Is Not Dating Arrested Development’s Alia Shawkat