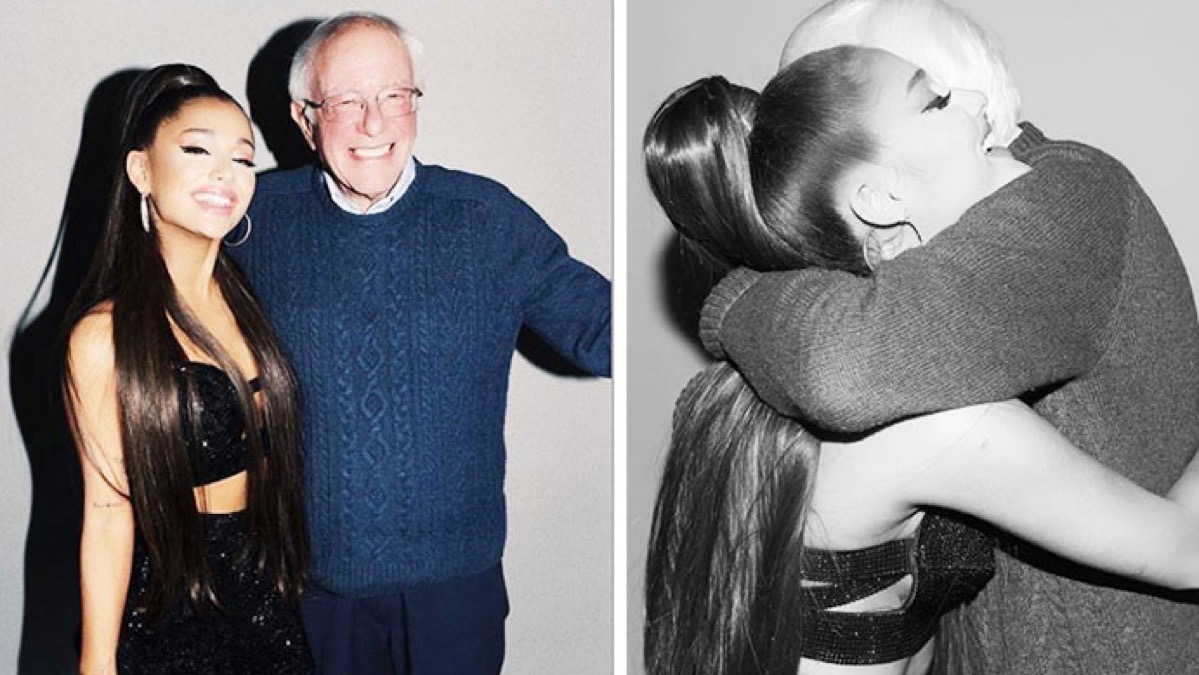 Just hours before the latest Democratic debate kicked off, Bernie Sanders received a welcome boost after Ariana Grande shared images of them backstage at her concert with the words “MY GUY.”

The post from the 26-year-old singer may not have been an official endorsement of the 78-year-old senator from Vermont, but it was hard to read it any other way.

“Thank you Senator Sanders for coming to my show, making my whole night and for all that you stand for,” wrote the Grammy-winning artist, behind albums such as Yours Truly and Thank U, Next.

She referred to the work of a project, HeadCount, that is seeking to register voters, particularly young people.

Although Grande did not offer an official endorsement, her post could be read as tacit support for the democratic socialist candidate. Jane Sanders, Bernie’s wife, wrote more explicitly: “Thank you Ariana Grande for supporting Bernie Sanders’ candidacy for president! Your Atlanta concert last night was incredible!”

The Florida-born musician, who is 10th on the list of most popular Twitter accounts with 67.4m followers, has never sought to hide her progressive political views, and Alexandria Ocasio-Cortez once tweeted a set-list that framed “progressive politics as an Ariana dance party”.