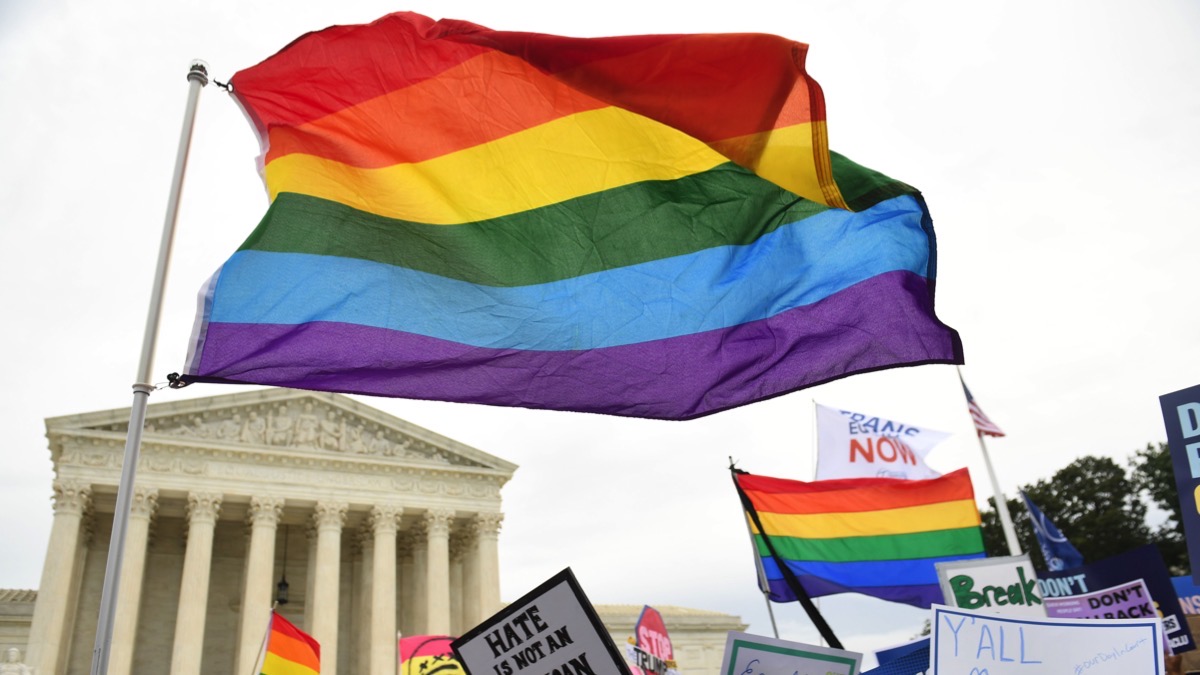 Welcome to our IRL (In Real Life) weekday news roundup where we highlight the major new stories that we think you should be paying attention to and following.

The U.S. Supreme Court on Monday handed the LGBTQ community a major civil rights victory, ruling that federal law prohibits discrimination against gay and transgender employees in the workplace.

The ruling also is a triumph for Gerald Bostock of Doraville, one of the lead plaintiffs in the case. Bostock has claimed he was fired from his job in Clayton County because he is gay.

He had asked the high court to find that Title VII of the Civil Rights Act of 1964 protects millions of gays and lesbians across the country from discrimination in the workplace.“

An employer who fires an individual merely for being gay or transgender violates Title VII,” the court’s summary of the ruling said.

President Donald Trump‘s niece is set to publish a tell-all book on their family drama in August, in which she will say she leaked tax documents to help a New York Times investigation into his finances, according to The Daily Beast.

Mary Trump, 55, is the daughter of Fred Trump Jr., the president’s older brother who died in 1981 at the age of 42 from a heart attack triggered by alcoholism.

Her book, Too Much and Never Enough, is scheduled to arrive on August 11 from Simon & Schuster, three months ahead of the presidential election and days before the Republican National Convention.

People with knowledge of her book told The Daily Beast that it would be filled with “harrowing and salacious” stories about the president.

(Via The Daily Beast)

Under the proposal, sworn officers will no longer respond to non-criminal activities and will be replaced with trained and non-armed professionals.

These professionals will respond in situations such as neighbor disputes, school discipline and mental health calls.

The mayor’s office said this would help lessen the response of armed officers to San Francisco schools.

(Via The Los Angeles Times)

The Food and Drug Administration on Monday withdrew emergency use authorizations for two coronavirus treatments that President Donald Trump promoted despite concerns about their safety and effectiveness. The agency revoked the authorizations for hydroxychloroquine and chloroquine after a request from Gary Disbrow, acting director of the Biomedical Advanced Research and Development Authority. (Politico)

Amid the tumult over police brutality allegations across the country, the U.S. Supreme Court on Monday refused to reexamine the much-criticized, modern-day legal doctrine created by judges that has shielded police and other government officials from lawsuits over their conduct. In an unsigned order, the court declined to hear cases seeking reexamination of the doctrine of “qualified immunity.” Justice Clarence Thomas dissented, saying the “qualified immunity doctrine appears to stray from the statutory text.” (NPR)

Authorities in Georgia ruled Sunday that the fatal police shooting of Rayshard Brooks outside an Atlanta Wendy’s was a homicide. Brooks, 27, died after he was shot twice in the back on Friday, the Fulton County Medical Examiner’s Office said in a statement. Brooks was shot after a confrontation with two Atlanta police officers in the parking lot. (CNBC)

National Economic Council Director Larry Kudlow reiterated Sunday the $600 additional weekly unemployment benefit created to aid those who lost their jobs due to the coronavirus pandemic will end in late July. “I mean, we’re paying people not to work. It’s better than their salaries would get,” he said on CNN’s “State of the Union.” (Politico)