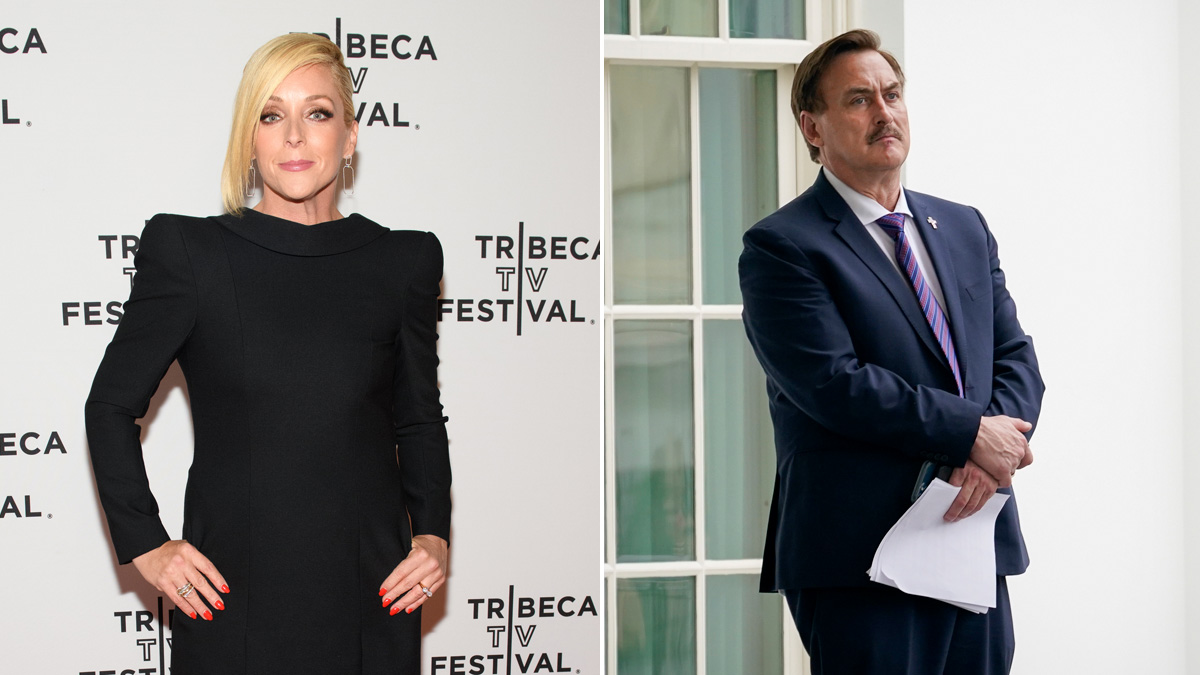 Jane Krakowski is setting the record straight about rumors circulating of her supposed relationship with arch-conservative Donald Trump supporter, Mike Lindell aka the My Pillow guy.

The Daily Mail reported that the alleged couple had “a secret ninth month romance” before ending things.

However, it looks like Jane Krakowski and Mike Lindell’s supposed romance was a product of The Daily Mail and nothing more.

Lindell, 59, CEO of MyPillow and noted Trump supporter and White House visitor, was rumored to have found a spark with Krakowski, who grew up in Parsippany and is known for playing Jenna Maroney on 30 Rock.

Krakowski was previously engaged to British menswear designer Robert Godley. The couple, who separated in 2013, have a son.

Lindell, who became famous for his late-night infomercials selling pillows, has been married twice, most recently to Dallas Yocum. They divorced a month after marrying in 2013. He has four children from his first marriage.

Krakowski shut down the Lindell rumor via a playful statement from her publicist.

“Jane has never met Mr. Lindell,” they told Page Six. “She is not and has never been in any relationship with him, romantic or otherwise. She is, however, in full-fledged fantasy relationships with Brad Pitt, Regé-Jean Page (from Netflix’s hit series Bridgerton), and Kermit the Frog and welcomes any and all coverage on those.”