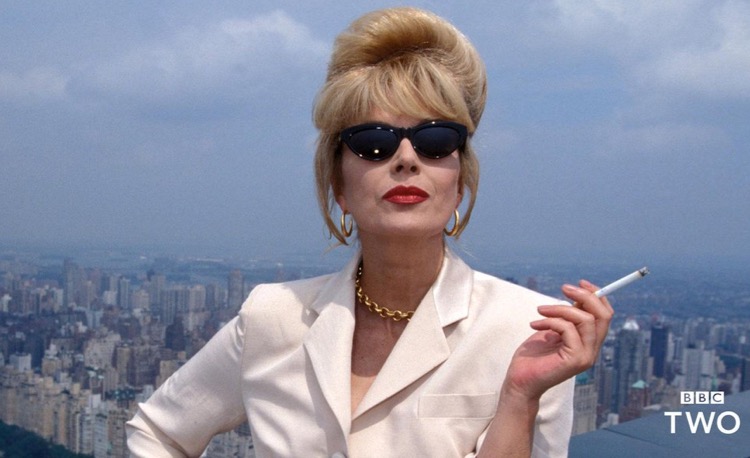 The many threads and baubles of SOCIALITE LIFE”s patron saint, Patsy Stone will go on the auction block, along with other famous pieces from Joanna Lumley‘s time in the spotlight in aid of The Prince’s Trust on November 13th.

According to the Telegraph, Lumley will auction off 50 pieces of clothing accessories to help raise funds for Prince Charles‘s organization, of which she has a patron (not to mention a chum of the POW and his wife, Camilla).

, as well as the zebra striped coat from Joseph she wears in the opening credits.

Also part of the auction is the pink Chanel suit Lumley wore while lobbying for the Gurkhas at the Palace of Westminster and the Betty Jackson suit she wore to Charles and Camilla’s wedding in 2005.

‘s Hugh Bonneville at the Cadogan Hotel in Knightsbridge tonight for the launch of Gyles Brandreth‘s book, Murder at Reading Gaol.

This article was originally published on October 25, 2012