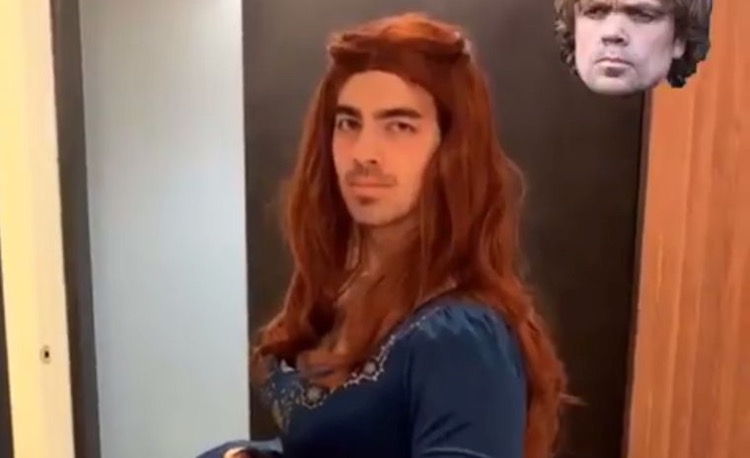 The singer shared pictures on social media showing him wearing a long turquoise gown similar to one Sansa Stark wore in the hit fantasy series.

Jonas, 29, donned a long red wig to complete the look.

franchise, perhaps when she was in her ogre form, sans the green skin.

While Turner, 22, opted for a gray onesie to bring her elephant costume to life, as she and Jonas attended the party.