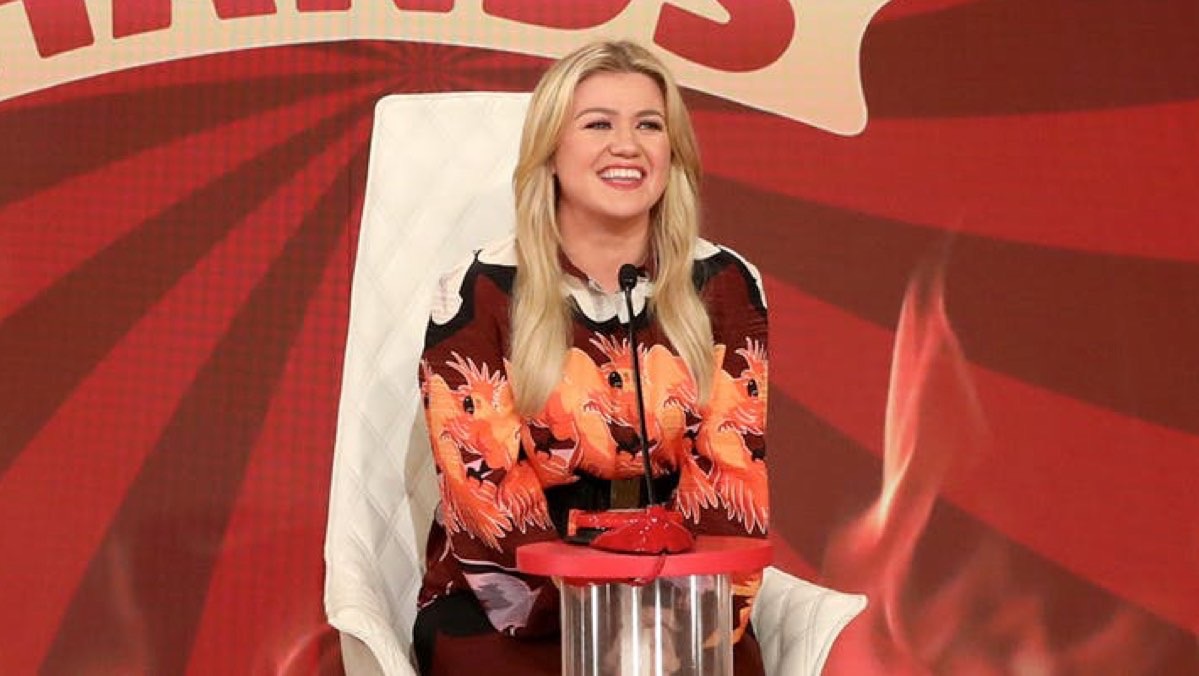 Kelly Clarkson proved that she’s human, during a recent appearance on The Ellen DeGeneres Show.

The new talk show host was put to the test to see just how quick she is on her feet. The challenge: How quickly can she recognize these A-listers and come up with questions for them.

Clarkson has plenty of questions for her potential guests. For Drake, she says, “I would probably ask him, ‘Are you high when you record every other song because they’re so chill?’ And I thought maybe he’s just getting high.”

If Miley Cyrus were to come in for an appearance, “She has a new CD coming out so I’d ask her about her new music and her new life and everything.”

But she had a little mental block when Meghan Markle‘s picture popped up on screen. She completely blanked on who it was.

Thankfully, host Ellen DeGeneres had her back and gave her a little reminder. “Oh, she was on Suits,” proclaimed Clarkson. “Actually, I love Suits. I don’t know why she doesn’t look like a Meghan to me. Maybe I’ll ask her that.”