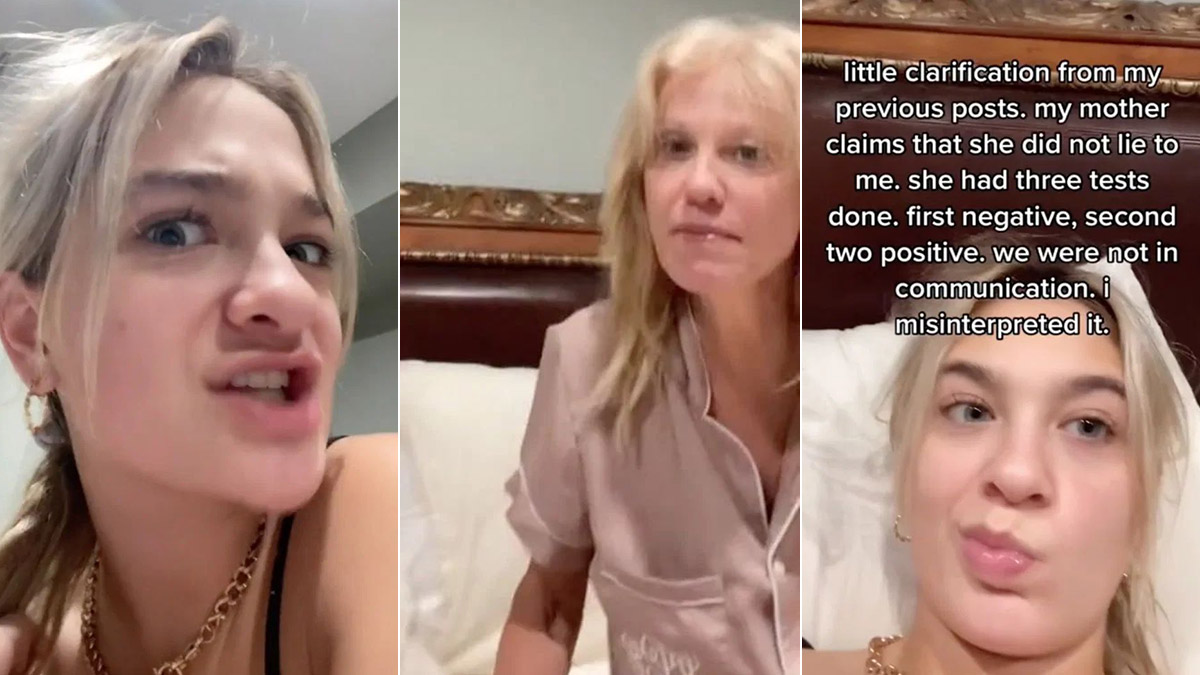 Things are not going well in the Conway household. Claudia Conway announced on social media Sunday (October 04, 2020) that she has coronavirus.

Kellyanne Conway announced her own coronavirus diagnosis on Friday (October 02, 2020) minutes after her daughter broke the news on the social media platform.

Her mother had attended a September 26, 2020 event in the Rose Garden, which is believed to have been where the virus likely began spreading throughout the Trump administration.

Now this is where things get dicey.

Claudia Conway was ordered by her mother Kellyanne to “correct” comments on TikTok suggesting she “lied” to her about testing positive for coronavirus. And it was all captured on video.

The former Donald Trump adviser was heard insisting the 15-year-old clarify to her 1.1 million followers that she had three tests, one of which was negative.

“Do it now. You say, ‘correction, my mom had three tests. You’ve caused so much disruption. You’ve lied about your fucking mother about COVID?,” Kellyanne is heard saying off-camera in Claudia’s latest video.

The teen wrote: “Little clarification from my previous posts. My mother claims that she did not lie to me. She had three tests done, first negative, second two positive.”

“We were not in communication. I misinterpreted it.”

“My daughter, Claudia, is beautiful & brilliant. She has access to top doctors & health care & lives comfortably.

“Like all of you, she speculates on social media. Yet she’s 15. You are adults. We have Covid, but it’s clear who’s really sick.”

Yikes. That is quite a harsh statement to put out there about your 15-year-old daughter on social media.

Mom reacts to son being passing the bar exam — WATCH