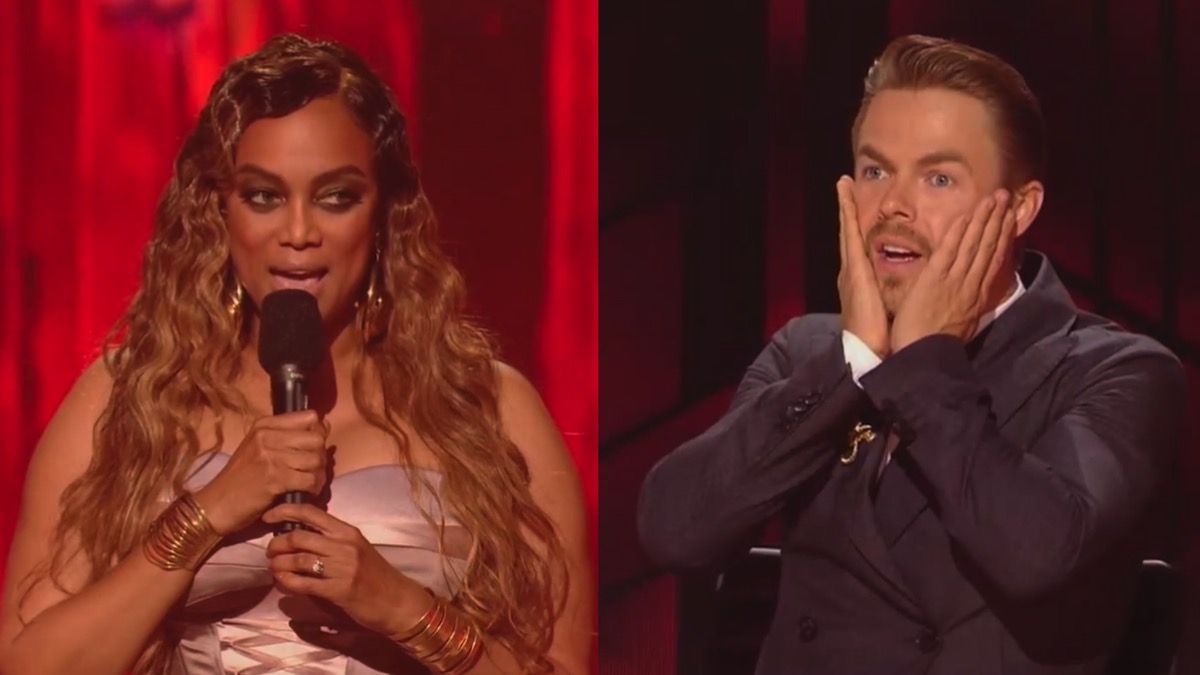 Anything can happen on live TV and that includes mistakes, and this was a biggie. On Monday night’s episode of Dancing With the Stars, host Tyra Banks told Cheer coach Monica Aldama and her partner Val Chmerkovskiy they were safe when they were, in fact, in the bottom two.

When it was time for elimination, Banks read through the list — in no particular order — who was safe. Aldama and Chmerkovskiy were the seventh couple announced as safe. Banks continued to work her way through the list when she reached the final three couples on the floor: Anne Heche and Keo Motsepe, Chrishell Stause and Gleb Savchenko, and Vernon Davis and Pita Murgatroyd.

This is where things got complicated. Tyra announced Heche and Davis as the bottom two stars, with Stause still on stage. As everyone looked on in confusion, Banks announced, “there’s actually been an error.”

“I’m looking right now and we have three couples, so we need to clarify this for one second. The bottom two couples are Anne and Keo and Monica and Val.”

“Please have Monica come back,” Banks said into her mic. “There has been an error in our control room but we’re making it happen.”

“This is live TV, right?” she continued. “This is the craziness of live TV.”

While Derek Hough looked on in shock and Carrie Ann Inaba tried to help coordinate the duos, Bruno Tonioli chimed in reminding the contestants that, “nobody is infallible. . . it’s happened in the U.K.”

“This is live TV. I was reading my cards, but my cards were wrong,” said Banks. “So here we go. Okay, again, it’s going to be up to the judges to save one of these couples and keep them in the competition. As always, if two of the judges are divided, the third judge will cast the deciding vote. And again, we apologize for this. This is live TV, and we’re all human.”

In light of the mishap, the show’s fans were begging for Tom Bergeron and Erin Andrews to be brought back.

Your First Look at Henry Cavill in The Witcher Season 2