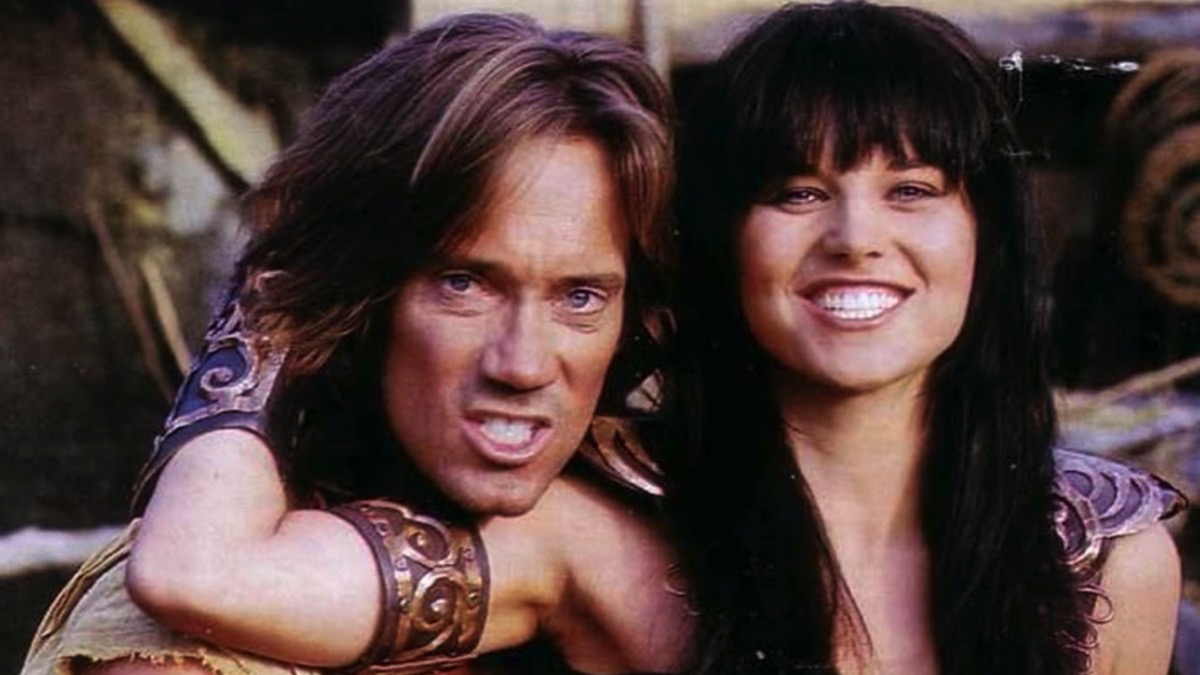 Kevin Sorbo, who starred as Hercules in the ’90s series Hercules: The Legendary Journeys, and is a right-wing Republican who apparently has been duped into a world of conspiracy theories, weighed in on a photo on Twitter of Trump supporters who breached the Capitol.

“Do these look like Trump supporters?” O’Handley tweeted, sharing a photo of pro-Trump rioters inside the Capitol Wednesday. “Or Leftist agitators disguised as Trump supporters…”

Twitter had already designated the tweet “manipulated media” because of O’Handley’s false claim. There is no evidence that the pro-Trump mob that breached the Capitol was made up of “Leftist agitators” or Antifa, as some have asserted.

“They don’t look like patriots to me…” he said, doubling down despite the overwhelming evidence that the group was made up of Trump supporters.

Lucy Lawless, who played the title character in the successful Hercules spinoff series Xena: Warrior Princess, was ready with her own pointed reply.

“No, Peanut,” she said, replying to her former castmate’s tweet. “They are not Patriots. They are your flying monkeys, homegrown terrorists, QAnon actors. They are the dochebags that go out and do the evil bidding of people like you who like to wind them up like toys and let them do their worst. #keepingYourFilthyHandsclean #enabler.”

Twitter was quite impressed with her comeback as “Peanut” became a trending topic.

A number of right-wingers are pushing this completely baseless theory that liberals infiltrated the pro-Trump protests against democracy and instigated the violence the crowd committed. Some, like Sorbo and multiple Republican members of congress, are all in on this idea, while others, like Sean Hannity, have been a bit more circumspect in their language so they can say they’re “just asking questions” or whatever.

This idea has permeated the far-right sphere of influence on Thursday, even though it’s completely false. The conspiracy theory comes from the conservative Washington Times, which published an article on Wednesday claiming a facial recognition software company identified left-wing agitators in the frenzied terrorist mob.