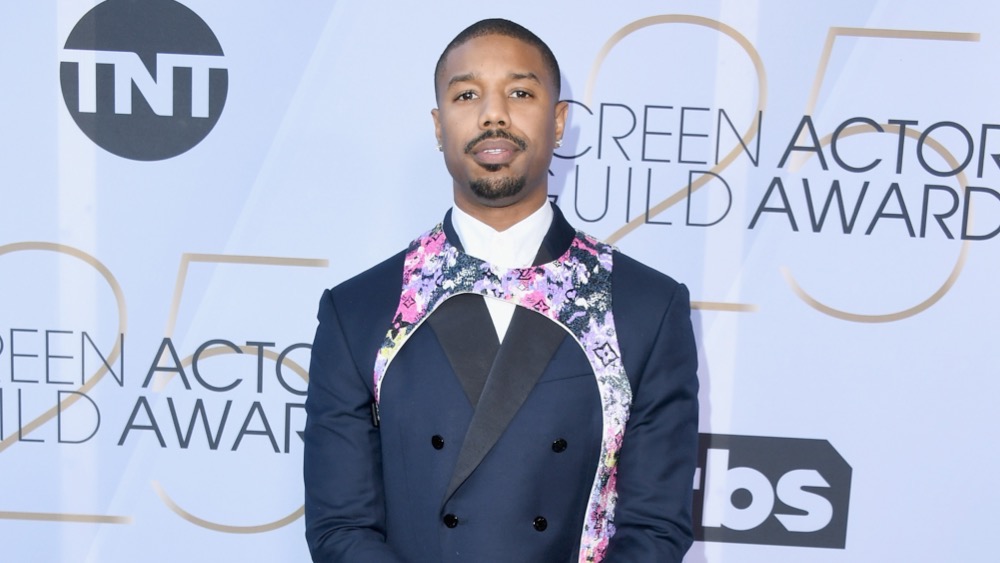 Michael B. Jordan solidified the harness as a red carpet staple when he rocked a colorful Louis Vuitton for his award show appearance.

Let’s just take a quick walk down memory lane to see how we got here.

First came Adam Rippon, who wore a leather harness from Moschino at the 2018 Academy Awards.

Then came Timothée Chalamet, who donned a black sequined style by Louis Vuitton back at the Golden Globes.

Which leads us to Michael B. Jordan.

Topping his navy double-breasted suit with an “embroidered bib” of his own, this one covered in an eye-catching pink, purple and white print.

As for why Jordan chose the bondage-approved accessory? “Why not? It was just like fuck it. I’m going to do it,” he explained on the red carpet, per Variety.

That’s good enough for me.