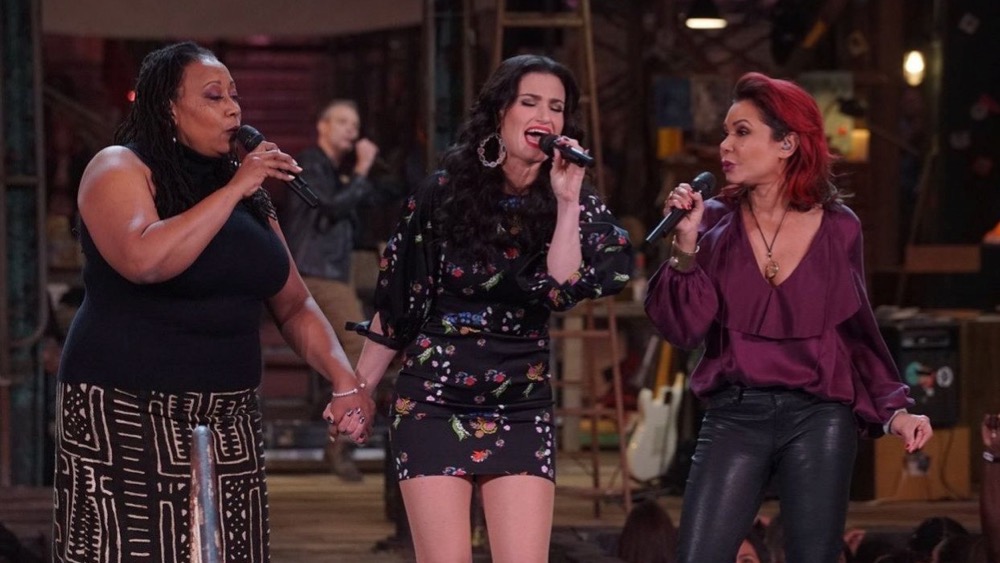 Rent: Live did not go as planned, but producers saved the best for last when Idina Menzel and other members of the original cast made an appearance at the very end to perform “Seasons of Love.”

Hearts melted when Vanessa Hudgens met up with Menzel center stage, holding hands as they belted out the song’s powerful, famous lyrics, “Five hundred twenty-five thousand, six hundred minutes. How do you measure, measure a year?”

As the song wrapped, text onscreen revealed that “portions of this program were pre-edited” after Brennin Hunt broke his foot during dress rehearsal on Saturday and was unfortunately unable to perform.

Some special guests are joining us tonight at 8/7c on @foxtv! #RENT

Michael B. Jordan Rocks a Harness at SAG Awards