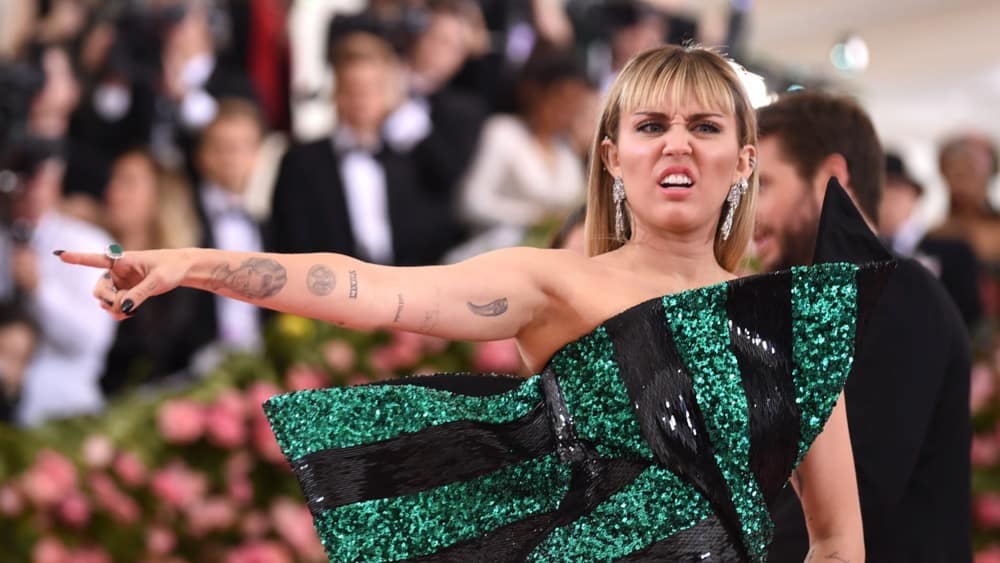 Oh no, you didn’t! Miley Cyrus was forced to flee a group of screaming fans on the weekend as one got far too physical with her.

A way overzealous fan reached out and grabbed the “Wrecking Ball” singer on Sunday as she left a Spanish hotel with husband Liam Hemsworth, pulling her hair before tugging her aggressively backward.

The fan then placed his arm around Miley’s neck, appearing to choke her while attempting to pull her in for a kiss.

The singer then rushes forward toward her husband who ushers her away.

Members of Miley’s security team appear to get in between her and the stranger, who quickly disappears into the crowd.

As the incident took place, another member of the crowd caught it all on tape, and the video soon went viral online.

Fans are reacting to the video, with one writing “this makes me so sick and angry” and another tweeting “this is so disgusting.”

Keep your hands to yourselves, people.