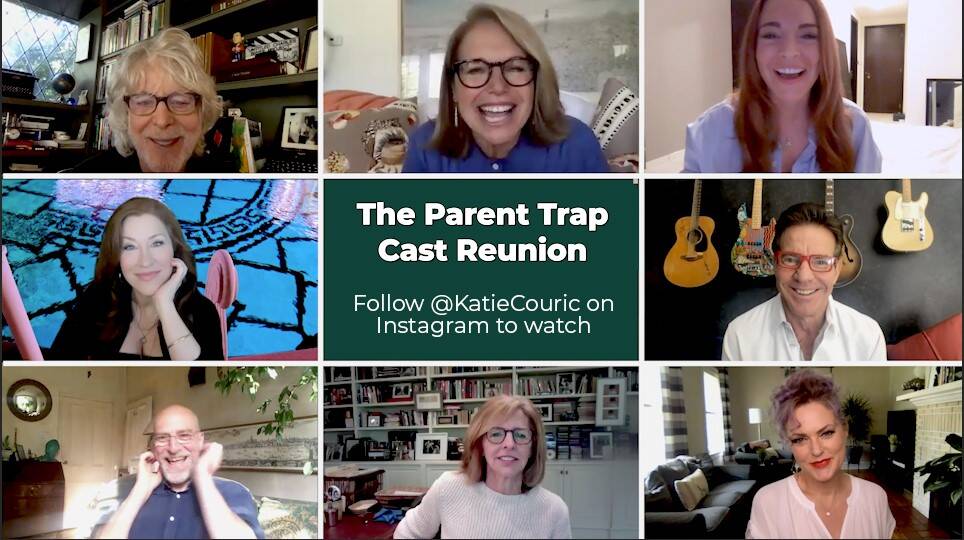 After much anticipation, today, The Parent Trap cast finally reunited for the first time since filming the 1998 movie.

Even though the reunion was planned in an effort to raise funds for World Central Kitchen, it came on the anniversary of the childhood-favorite movie’s 22nd anniversary. The virtual reunion was attended by director Nancy Meyers, writer Charles Shyer, and actors Dennis Quaid, Lindsay Lohan, Elaine Hendrix, Lisa Ann Walter and Simon Kunz.

All the cast members gathered to celebrate and remember the family film which officially gave Lohan her first-break.

“We discovered a big star,” Meyers said of working with Lohan for what would be her breakout role.

Vanity Fair has the full story.

Designer Christian Cowan is accusing the Khloe Kardashian of selling a sample dress he sent over for her to borrow on the Kardashian Kloset website.

On Sunday, July 19, Cowan posted a screen grab of the blue embellished number listed on the site, tagging the Good American founder and writing, “Why are my runway samples I loaned to you being sold on your website?”

But that’s not all! He also noted, “We’ve emailed 3 times and had no response.”

Cosmopolitan has the full story.

■ Lisa Vanderpump is coming the Peacock! (The Wrap)

■ The much delayed Tenet has officially been pushed back to 2021 without a final release date. (Variety)

■ Kanye West has failed to make the ballot for president in South Carolina. (TMZ)

■ The Comic-Con Vault: Kate Beckinsale and Scott Speedman. These were some looks alright. (Go Fug Yourself)

■ Black Is King, A Film by Beyoncé