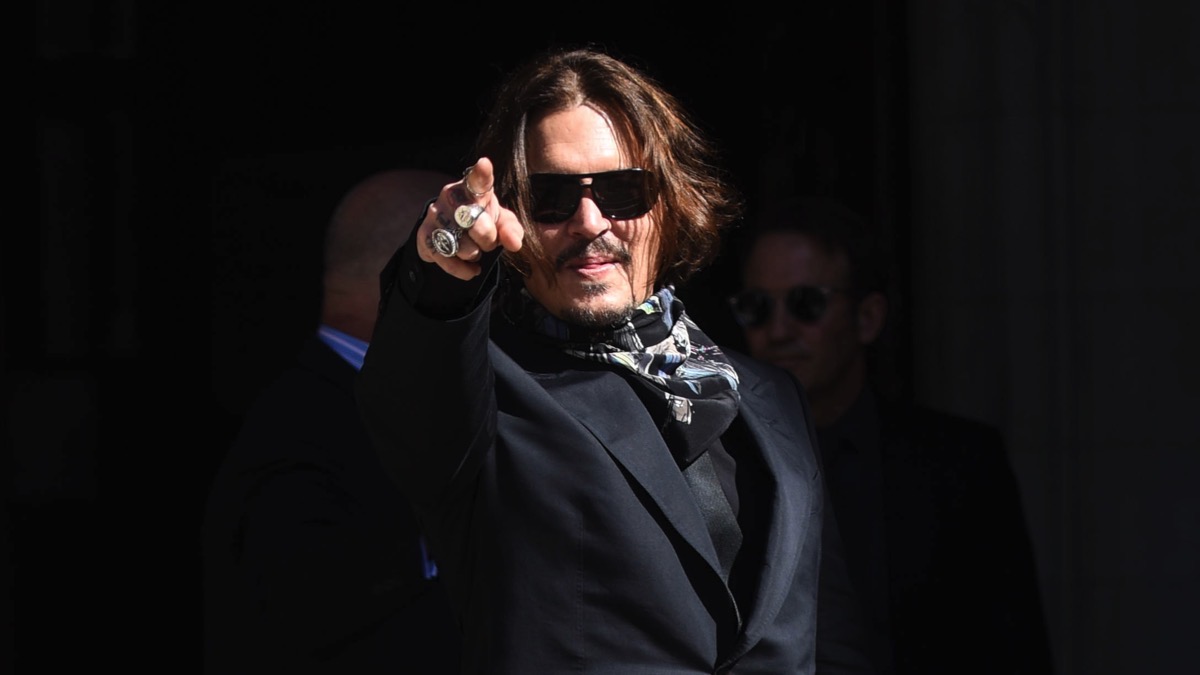 The nasty details of Johnny Depp‘s relationship with ex Amber Heard kept coming Monday (July 20, 2020) as Heard took the stand in his libel case against British tabloid The Sun.

The actress’s accusations are about as bad as anyone following the case would expect. At various times, she said he punched, slapped, kicked, head-butted, choked, and threatened to kill her, in addition to yelling abusively, reports the BBC.

“Some incidents were so severe that I was afraid he was going to kill me, either intentionally, or just by losing control and going too far,” she said, per Reuters.

■ “Monster”: Heard, 34, says Depp, 57, blames his bad behavior on a “self-created third party” he calls “the monster.” Depp “would speak about it as if it was another person or personality and not him doing all these things,” she says.

■ Leonardo DiCaprio’s nickname: Depp would frequently accuse Heard of having affairs with co-stars, and he made up derogatory nicknames for them. “For example, Leonardo DiCaprio was ‘pumpkin-head.’ Channing Tatum was ‘potato-head.'” “He accused me of having affairs with each of my co-stars, movie after movie: Eddie Redmayne, James Franco, Jim Sturgess, Kevin Costner, Liam Hemsworth, Billy-Bob Thornton, Channing Tatum; even women co-stars like Kelly Garner.”

■ Drug Binges: The court was played an audio recording in which she was heard saying to Depp: “I did not punch you…I was hitting you.” She said that confrontation had occurred at a time when Depp “vomited nightly” because of his drug binges and she was concerned he would choke to death in his sleep.

■ Dangling Puppy: “We shared two small dogs at the time, Pistol and Boo,” the actress said in an explosive 39-page statement submitted to London court. “He took Boo and held her out of the window of the moving car, as some sort of joke or prank, while he himself was howling like a dog,” she claimed of one instance, according to Britain’s Mirror.

■ Three-Day Hostage Situation: Heard claimed that she feared for her life during what she called a “three-day hostage situation” at their pad down under as Depp filmed “Pirates of the Caribbean.”

She said she began slipping on the wet floor and tried to pull herself up using her forearms on the counter, cutting herself on the broken glass.

“I remember pleading with Johnny saying he was hurting and cutting me and asked him to let me up,” Heard said.

But she said that he ignored her pleas and continued to hit her with the “back of one closed hand.”

“He was screaming at me, over and over again, ‘You ruined my life, I hate you, I’m going to fucking kill you and I’ll fuck your corpse,'” she said in the statement.

“He said it so loud and over and over: ‘I am going to fucking kill you.’ I really thought I might die.”

Depp has denied the assault claims but admitted they had a furious row over Heard’s refusal to sign a postnuptial agreement.

Also, what is up with all the smiling in these court arrival photos? They both have to know that neither of them is being shown in any sort of favorable light in this trial.