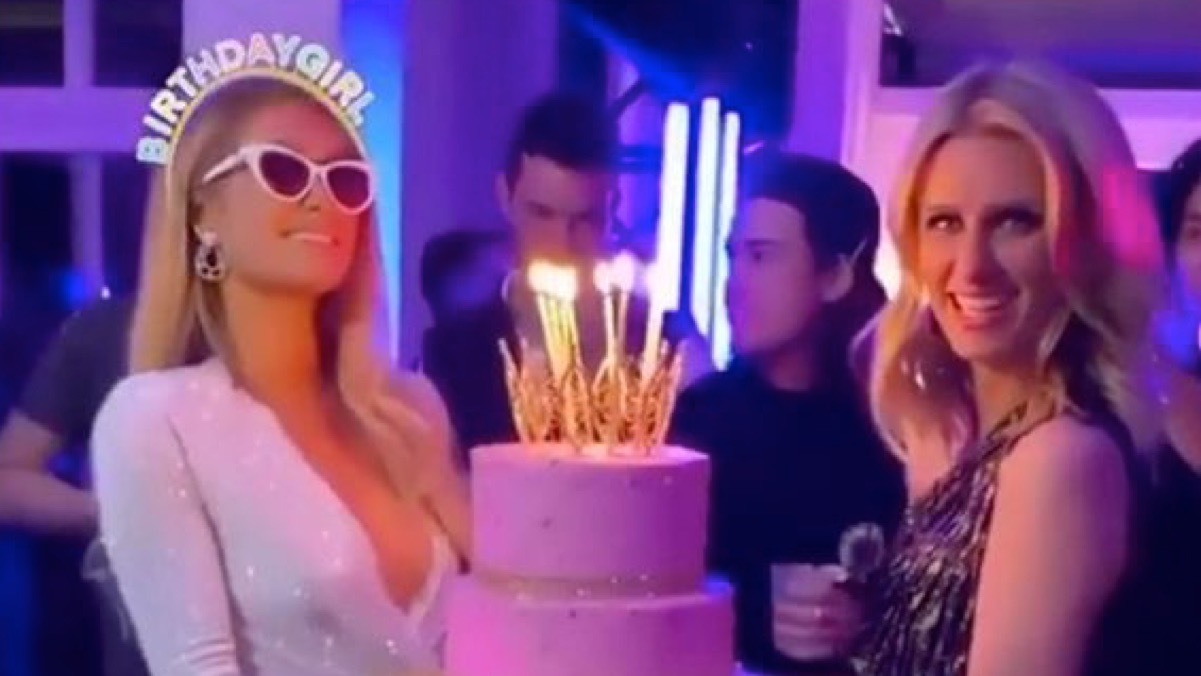 Paris Hilton enjoyed an over the top fabulous celebrity-studded 39th birthday where she danced on the tables and did a little DJing of her own.

Hilton showed off her dance moves as she celebrated turning 39 at a glitzy birthday in LA. The businesswoman twerked on the floor and danced on tables to her own music as she partied with her friends and family.

Her sister Nicky Hilton, 36, brought out an enormous Barbie birthday cake with candles, while posters of Paris’ face adorned the walls.

The theme for the bash was “sliving.” a term coined by Paris to combine “slaying” and “living.” Um. Just no.

A source revealed to Us Magazine that Paris “was dancing with her boyfriend (entrepreneur Carter Reum) and by the DJ area. … Her boyfriend seemed so supportive and like he loved that she was having so much fun celebrating.

The venue, “Slivington Manor,” a residence in Beverly Hills’ Trousdale Estates neighborhood, was decorated with neon signs, huge balloons and pink glitter, with mini bottles of tequila passed around on trays and pizza served to guests.