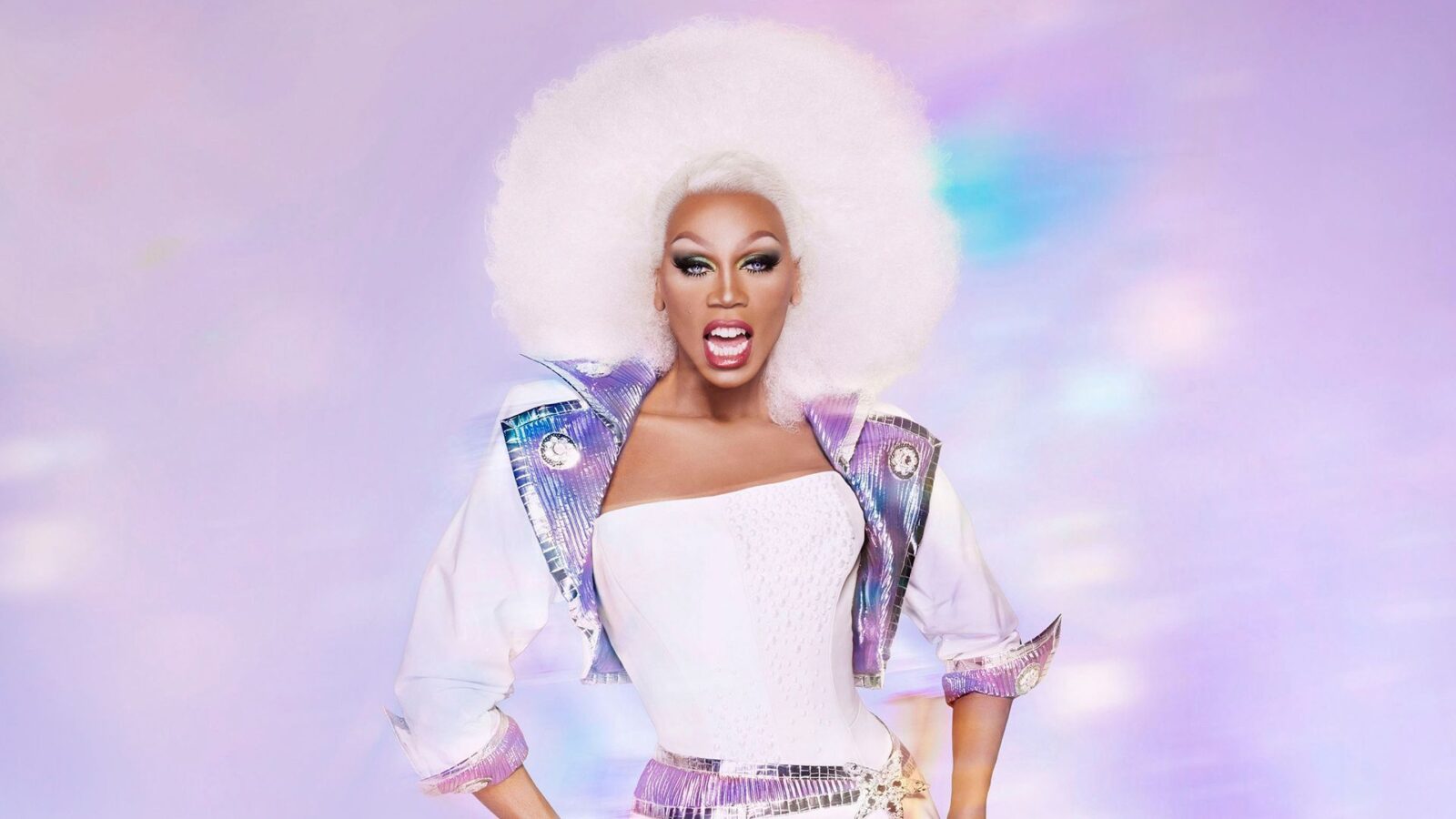 Hello, hello, hello! We’re now less than a week away from the season 12 premiere of RuPaul’s Drag Race and welcoming some fierce new queen-testants into the Drag Race family.

We’re here to keep you occupied until Friday with updates and new videos from some of the dolls who have already sashayed down the runway. Get ready for your weekly dose of charisma, uniqueness, nerve and, of course, talent.

If you were looking forward to season 5 of RuPaul’s Drag Race All-Stars, you had better check your cable subscription. It was announced on Thursday that the long-awaited, much speculated about the season of the hit series is moving from VH1 to Showtime.

The season is described as a “special edition” of the series and will debut on the pay service one week after the finale of season 12 of Drag Race, on June 5th at 8:00 pm.

It seems that some Drag Race queens just thrive on competition. Need proof? Just this week, Latrice Royale and Raven joined RuPaul, Michelle Visage and Carson Kressley for as taping of Celebrity Family Feud. Raven posted some photos to her Facebook page and admitted she teared up when she was asked to play. I can’t wait to see this! Can you? Check your local listings for the air date.

It’s been quite a week for Raven, as she also created the makeup looks for Disneyland’s new “Magic Happens” parade. In a post on Facebook, Raven said the experience was “Something I was so absolutely honored to be asked to be a part of!” She went on to say that “Most people know I grew up obsessed with all things Disney…especially the parks! Getting to step “backstage” at Disneyland and work with the makeup department in creating these looks was definitely a dream come true.”

As someone who auditioned for (and was not cast on) RuPaul’s Drag U, I always wondered what it would be like to be educated on all things drag by Mama Ru. Now, my dream has come true, as the website Masterclass is offering a 17-lesson course with Ru, called “RuPaul Teaches Self-Expression and Authenticity.”

The lesson titles are intriguing and include “Seeing Yourself”, “Owning the Room” and ‘The Big Reveal.” Of the course, Ru said, “Now, even if you’ve never come within a country mile of a wig or six-inch heels, there is something you can learn from my journey of discovery and self-empowerment: how to break the rules, create magic, and become the architect of your own life.” Class is in session!

Remember in Too Wong Foo when Vida, Noxeema and Chi Chi worked their fabulous drag magic on a sleepy midwestern town? Well, the movie is coming to life as Shangela, Eureka and Bob the Drag Queen are set to make America fabulous again by transforming small towns across the country on their new series We’re Here. The trailer for the new show, which debuts on HBO on April 23 was shared on social media this week and it looks like so much fun.

Speaking of Bob, his series “Drag My Dad” is now available to view on MTV’s YouTube page. On this week’s episode, father and son Sam and Jake work together at a gym and want to have a closer relationship. Can Bob bring them together through the power of drag? Watch as Sam is transformed into an 80s neon aerobic fantasy. It’s pretty epic.

Atlanta’s own mistress of magnificent makeup, Nina Bo’Nina Brown sat down for a little kiki with Tiffany “New York” Pollard on the season finale of her web series, “Brunch with Tiffany.” The two cover a wide array of topics, including Nina’s amazing transformations, depression and dealing with haters. Nina also reveals if she would come back for an All-Stars season and Tiffany takes us back to “the spit heard ‘round the world” and talks about her Flavor of Love nemesis, Pumkin.

Speaking of Nina’s artistry, check out her latest transformation into Powerpuff Girls archenemy HIM. Get Nina on All-Stars already!

Over on the pods, Mano Agapion and comedians Tim Murray and Peter S. Kim talk about the queens of season 12 and play a round of “Yasss or Passs” on “Drag Her.” And, in addition to serving us their weekly dose of “Hot Goss”, Willam and Alaska revisit the “Bitch Ball” of season 4 on “Race Chaser.”

Willam gets physical and breaks a sweat in a workout video that only Willam could put together. Our favorite outspoken queen and her (gorgeous) friend DJ Pastabody get put through the paces in the “Thank You God for All This Bod” workout. There’s even a special appearance by Laganja Estranja and a discussion about bad Hollywood wigs (sorry, Reese Witherspoon and Nicole Kidman.) The full 30-minute video (and lots of other content ) is available on Willam’s Patreon.

When it comes to makeup, it’s time to think pink – and there’s no queen whose more synonymous with the popular pastel hue than Trixie Mattel. Release your inner Barbie and enjoy Trixie and makeup artist Darian Darling doing a little show and tell of their favorite pink products, including lipsticks, lip liners and (of course) blush and highlighter from Trixie’s own Summer of Love collection.

Trixie creates a vision board for setlist.fm. As you can well imagine, there are Barbie dolls, but among her other visionary influences are skin care, nachos, fitness and Lizzo. I can very much relate to all of this.

Of course, our weekly dose of Trixie isn’t complete without sharing the latest episode of the hilarious “UNHhhh.” In the episode, titled “Walking Children in Nature part 1” (h/t to Tammie Brown) Trixie and Katya discuss all things nature and share their experiences in the great outdoors, asking the important questions like, “Do fish have boobs?” Stick around to hear gems of wisdom from Katya, including my vote for quote of the episode, “All fishing is just an excuse to get drunk.” Truth.

Alyssa Edwards is back to share more secrets, live from her “boo-jwaw” (a combo of bougie and boudoir.) In addition to this awesome Alyssa-ism, the dancing queen discusses the origin and creation of her eye shadow palette with Anastasia and the power of makeup. She also reveals her superpower – the ability to predict the thoughts of the cast of RuPaul’s Drag Race UK.

The radiant Shuga Cain also shares some secrets – beauty secrets. Shuga shows us how she keeps her skin healthy and refreshed by sharing her morning and evening skincare regimen, complete with facial cleansers, toners, masks and serums exfoliators. It’s a lot of products, but the results are pretty wonderful.

For all of you stargazers out there, happy Pisces season! The legendary Miss Coco Peru has looked into her crystal ball and is here to bring you her predictions for your life for February and March in the latest edition of “Madame Coco Knows.”

Coco is the subject of an interview by England’s QX Magazine. Always a great interview (and I should know), Miss Coco talks about travel, tea (the drinking kind, not the spilling kind), Desperate Housewives and her popular YouTube videos.

Season 7 champion (and another Atlanta queen) Violet Chachki is bringing her show “A Lot More Me” on tour, kicking off in El Cajon, California on April 21. Violet says that, “This show is the culmination of so many years of hard work and growth. I am proud to confidently say that this is the most production value a touring solo drag artist has every had! The show combines all Things Violet – drag, burlesque, fashion, circus performance and topped off with a healthy sprinkle of self-empowerment. The show is a total labor of love and I’m beyond thrilled to bring it to North America!” You can get your tickets now through Violet’s website.

Jaymes Mansfield conjures up some more wig magic as she adds her unique touch to a used Nikit Dragun “Khaleesi” lace front wig from Bedllami Hair. The results are pretty amazing.

Yuhua Hamasaki and Dusty Ray Bottoms are back with another episode of “Bootleg Opinions.” This time, they critique the season 12 queens’ “Ru-veal” looks.

Are you an expert in non-verbal communication? Kimora Blac and Derrick Barry are, and in the latest episode of “Wait, What?” the two share how to detect a fake smile, feign confidence and test each other on demonstrating emotions.

Sonique and Monét X Change appear along with trans model Arisce Wanzer, and George Todd McLachlan from Showtime’s Shameless in the new, sizzling video for Mike Taveira’s new single, “Curious.” According to a release, the song is “a celebration of queer identity, highlighting pansexuality and sensual connection between people of all genders.” The song has lush rhythms and the video is sultry. Check it out.

Season 11’s sassy Silky Nutmeg Ganache debuted her new cooking show, “Silky’s Snack Shack” this week. Silky and her manager, Jason King, get spicy and whip up some roasted corn guacamole accompanied by some specialty margaritas. Any cooking tutorial that kicks off with a cocktail is a-ok in my book!

Following in the footsteps of queens giving us AMSR videos, Valentina contributes to the mukbang craze as she and Lushious Massacr chow down on some Mexican food. Their faces as they eat Taco Bell are eveyrone’s faces when they eat Taco Bell. We have amazing food truck tacos here in Atlanta, why would you want anything else? #TeamStreetFood

That’s all for this week, but I’ll leave you with one more sweet treat, the new single from Peppermint, titled “What You’re Looking For.” It’s got a great message – love yourself – and it’s really a great song. Until next week, everybody say LOVE!