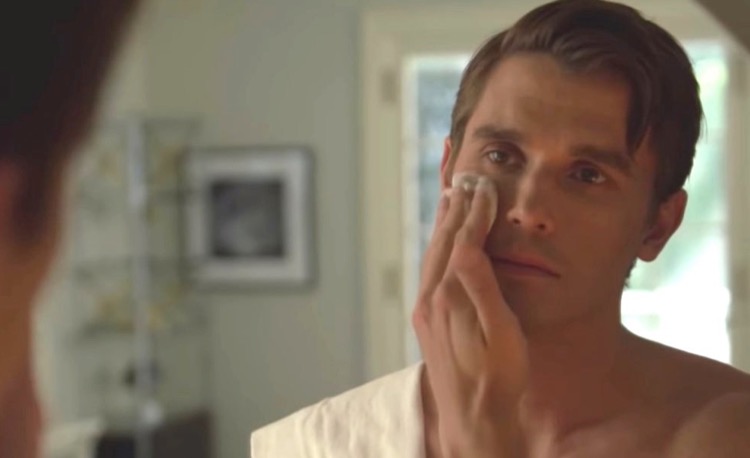 Queer Eye food expert Antoni Porowski is featured in a three minute short, titled Antoni Psycho, in which Antoni take viewers through his morning ritual in the vein of American Psycho

. First, he waters his herb garden, before putting on a homemade facemask and working out his core.

He dons a Greek yogurt face mask while doing a few yoga stretches in nothing but his Calvin Klein underwear.

Porowski, who calls himself “avocado king,” is tired of trying to impress people with his cooking, and he’s maybe planning to serve some human flesh to his Queer Eye pals (there is a dead corpse in the bathtub). “I don’t care if they like what I cook or not,” he says, chillingly. “They’ll eat it, if they know what’s good for them.”

Don’t Watch This is streaming on Netflix now.