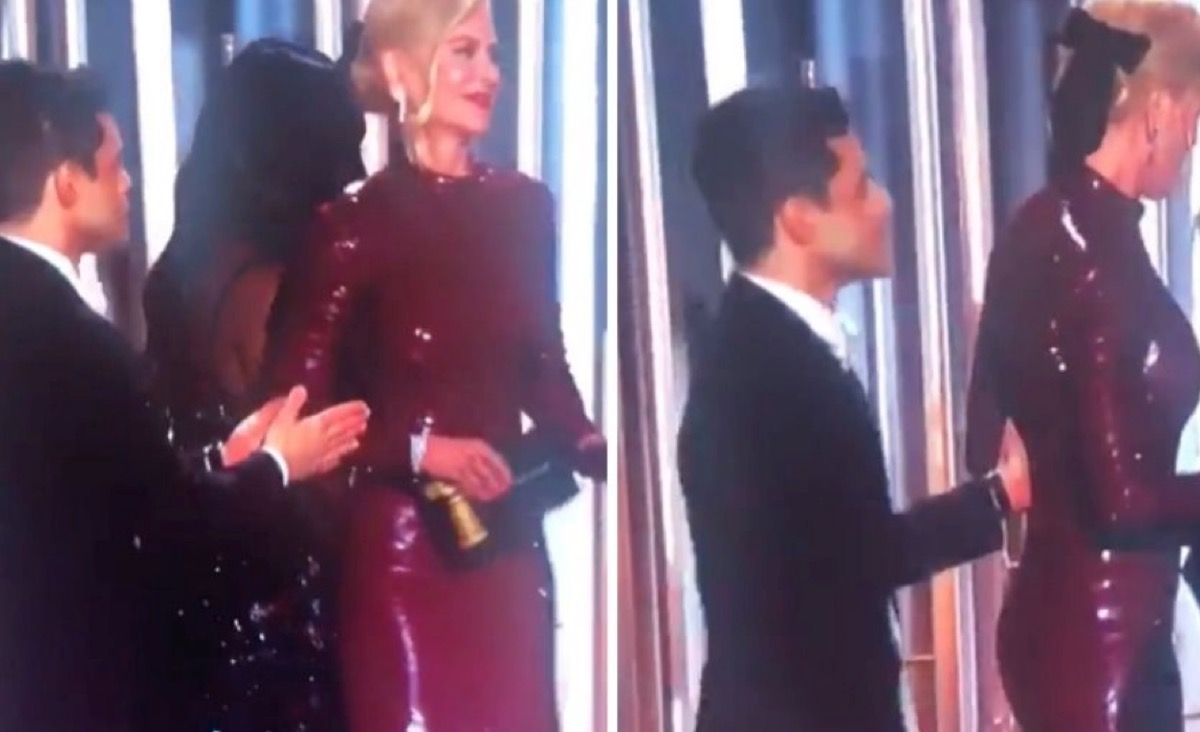 Can you say, “awkward?” Nicole Kidman appeared to accidentally snub Rami Malek as he tries to speak to her on stage at the Golden Globes after Malek came up on stage with the crew of Bohemian Rhapsody after the film won the award for Best Picture, drama.

As he and the rest of the Bohemian Rhapsody players shuffled off stage after earning the final award of the night, Malek attempted to greet presenter Kidman. Not once, but twice. And he failed.

Watch the situation unfold below.

I feel ya Rami, we’ve all been there.

Not guilty says Kevin Spacey. A plea of not guilty was entered on Spacey’s behalf today, for groping an 18-year-old busboy in 2016. The next hearing is set for March 4, and Spacey does not have to appear in court.

Nantucket District Court Judge Thomas Barrett ordered Spacey to stay away from his accuser and the man’s family.

The judge also ordered Spacey’s accuser and the man’s then-girlfriend to preserve text messages and other data on their cellphones from the day of the alleged assault and six months after. Spacey’s attorney Alan Jackson told the judge they believe the cellphones contain information that is “likely exculpatory” for Spacey.

In a photo shared to Reese Witherspoon‘s Twitter account, she and the rest of the actresses from the ensemble — Shailene Woodley, Zoë Kravitz, Nicole Kidman, and Laura Dern — are seen standing in a police line-up and holding numbered cards.

HBO released a new teaser trailer for all of their returning series on Sunday, offering insight into what fans of Big Little Lies can expect when the show returns.

In the teaser, Meryl Streep makes her debut as Perry’s mom who proclaims, “I want to know what happened that night,” referencing her son’s death.

Are you ready for some dancing? FX has released the first trailer for the highly anticipated upcoming limited series Fosse/Verdon, which will chronicle the romantic and creative relationship between iconic choreographer/filmmaker Bob Fosse and Gwen Verdon. Sam Rockwell and Michelle Williams fill the lead roles.

Here’s the official synopsis for Fosse/Verdon:

Bob Fosse is a visionary filmmaker and one of the theater’s most influential choreographers and directors. Gwen Verdon is the greatest Broadway dancer of all time. Fosse/Verdon will tell the story of these two brilliant, complicated individuals – the love they shared, the art they created, and the price they paid in the pursuit of greatness.