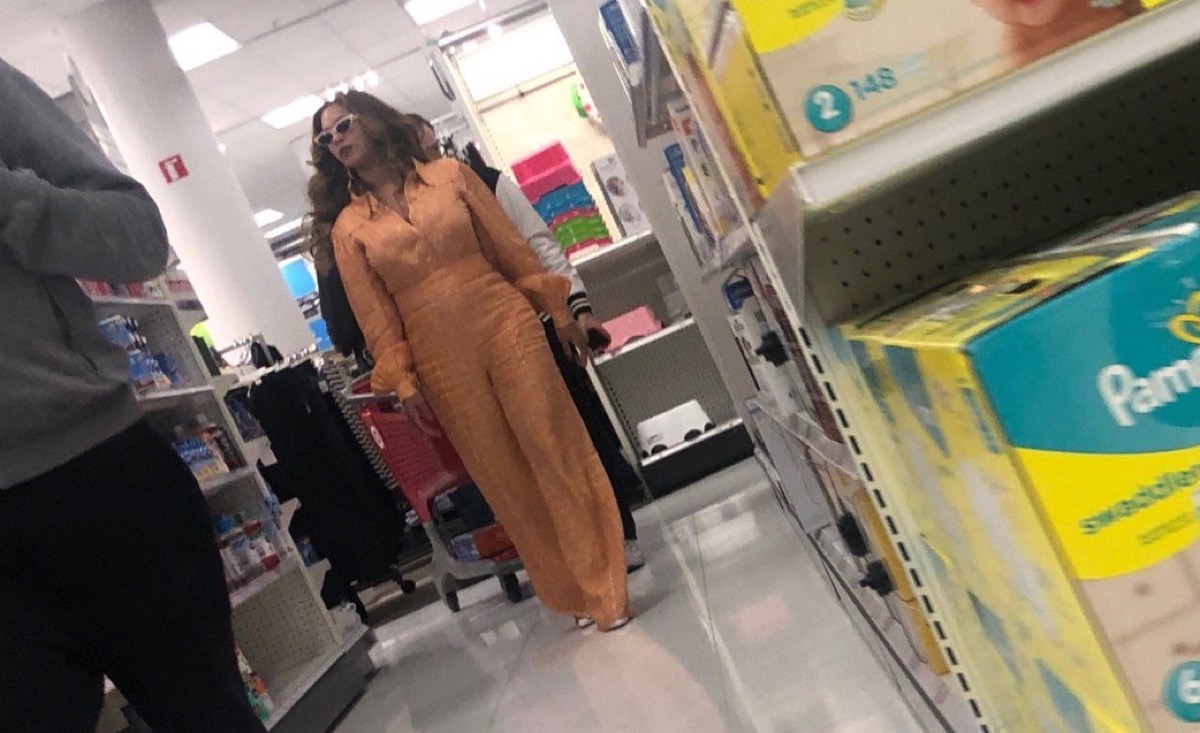 Yes, Beyoncé does shop at Target!

Beyoncé was spotted shopping at Target and Chrissy Teigen knows what she was shopping for.

The queen was spotted Monday at a Los Angeles–area Target.

While it is unclear what she purchased, Chrissy does what she does best. She took a viral moment and made it even more viral.

Teigen, who recently launched her own kitchen line at the store, took the hilarious opportunity to let Beyoncé know that she didn’t have to make the trek to Target to buy her products. She tweeted:

“Beyonce you are so silly, I can just send you my new knives!!”

Beyonce you are so silly, I can just send you my new knives!! https://t.co/J5KDaHtOSc

Kevin Hart Apologizes To LGBT Community, Will Not Host Oscars

Kevin Hart is giving a long-awaited apology to the LGBTQ community, a month after stepping down as host of the Oscars following a growing controversy over past homophobic tweets and comments.

On his Sirius XM show Straight From The Hart, Hart said, “I am now moving on from this because I am hoping the apology is accepted. … I am not homophobic and never have been.”

Hart, 39, detailed his past controversial remarks on the radio show, adding that he previously “thought it was OK to talk like that, because that’s how we talked to one another.” He says he now understands, however, that “this is wrong.”

“Now we’re in a space where I’m around people of the LGBTQ community, and I’m now aware of how these words make them feel,” he said. “The fight is the will and want for equality. I’m riding with you guys. I understand you.”

The comedian continued: “If you don’t want to accept people for their change, then where are you trying to get to the equal part? Where does the equality part come in? I don’t think it’s wrong for people to have their own personal beliefs. I think that in the times that we’re living in, we have to be understanding and accepting of people and change. Bottom line.”

Kevin Spacey Pulled Over for Speeding At Leaving Court Hearing

Oh, Kevin. Kevin Spacey was pulled over for speeding outside Washington, D.C., on Monday, just hours after he pleaded not guilty to sexual assault in court.

The actor was driving too fast exiting Reagan National Airport property at the time of the incident.

Jake Paul Continues to Be An Idiot, Does Dangerous Bird Box Challenge

Jake Paul is the latest YouTube celebrity to jump on the heavily criticized Bird Box challenge, taking it one step further by driving while blindfolded and walking out into the middle of a busy Los Angeles street.

While many of the challenges were performed in a safe place, thereby not risking serious harm, along comes YouTuber Jake Paul, notorious for his stunts, risking death by walking into the center of a busy road.

Not only did Paul and his friends enter traffic while blindfolded, with angry drivers honking at him, they also had him wandering into a pond and one segment of the footage appears to show Paul driving around his property blindfolded.

Mariah Carey has settled a lawsuit with her former manager, Stella Bulochnikov, though the terms of the resolution are unknown.

The 48-year-old singer was sued by Stella Bulochnikov last April, alleging she was owed millions of dollars, and though the Fantasy hitmaker never responded to the lawsuit, the pair have now resolved their differences. Bulochnikov also accused Carey of parading around naked.

An attorney for Stella told the New York Post newspaper’s Page Six column: “The parties [have] reached a mutually agreed resolution to this matter.”

The attorney declined to say whether their client, who had sought unspecified damages, had received a cash settlement.

According to documents obtained by The Blast, Stella agreed to “discontinue this action against Mariah Carey with prejudice, with each party to bear its own attorneys’ fees and costs.”

Chrissy Teigen Offers to Buy Supplies for Teachers During Pandemic