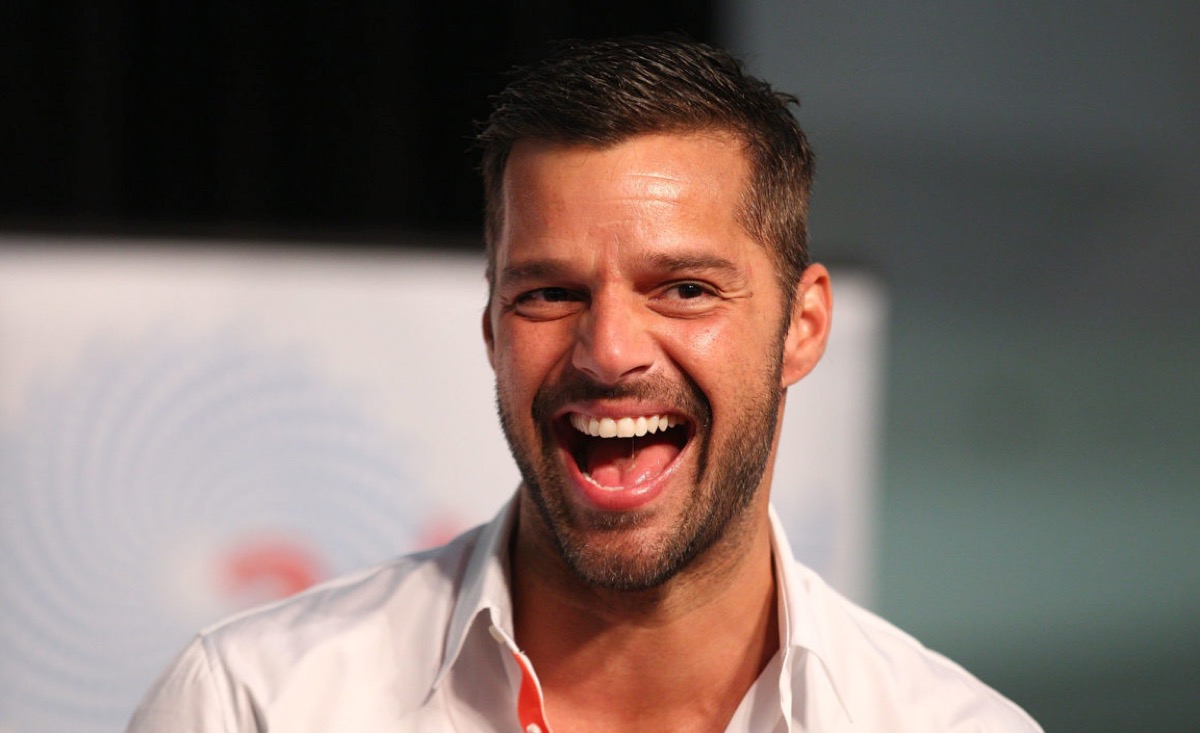 It’s all in the pronouns. In an interview with Blender magazine, Ricky Martin opens up (as much as Ricky opens up) about his sex life, and how he spices up bath time.

“I’m open to everything,” Martin says. “There are moments for soft, gentle sex. And there are moments for a good spank in the butt.” Asked about his last one-night stand, he says, “We met, we did it, we left. I don’t know if we’re going to meet again.” What would an ex-lover say about him?

“That I’m the love of their life!” says Martin, who hedges his pronouns before becoming more gender-specific. “I’m the best man that they’ve ever had, a gentleman who treated them like a lady.”

Well, he either treats his women sexual partners well, or he treats his dudes like they were ladies.

And a tad more than a little spanking (thanks to JC for the update):

“I love giving the golden shower. I’ve done it before in the shower. It’s like so sexy, you know, the temperature of your body and the shower water is very different.”

This article was originally published on November 22, 2005.