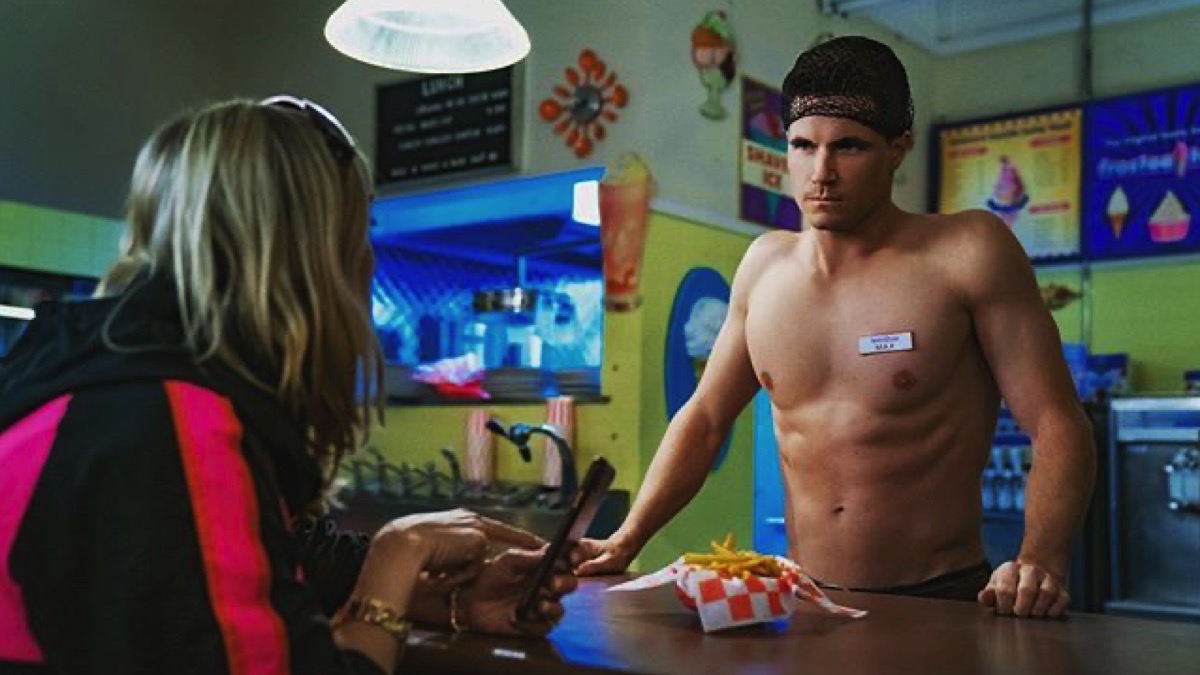 The Babysitter: Killer Queen, the sequel to 2017’s Netflix original horror-comedy The Babysitter, is now available to stream on Netflix, bringing back teenage misfit Cole Johnson for another hellish night facing off against the satanic cult he barely survived in the first film.

Robbie Amell starred in the original film, and his character died, but now he’s back for the sequel starring once again as Max as a ghost. A shirtless ghost.

Amell spoke with TooFab about being shirtless in every The Babysitter: Killer Queen Film scene he’s featured in.

“I kind of figured that … I didn’t think I was gaining a shirt from one to two,” he said, when asked when he found out he’d once again be baring his abs.

32 now and welcoming his first child just before filming began in October 2019, the actor said that while he didn’t have concerns about revisiting his role 5 years after shooting the previous movie, he did “have to worry about being a father and getting back into shape.”

“The second I found out we were doing a sequel I was like, ‘Alright, I better start working out a little bit,” he added.

Amell had to film a scene on a motorboat tube at night during November and it was more than a little chilly.

“It was freezing. We shot in California, so luckily it wasn’t freezing freezing, but they were night shoots,” he said. “It gets cold and I can’t be in a wetsuit or anything because I’m shirtless, and it was me and a stunt double — and the stunt double wasn’t there for any single specific shot, it was for the two of us could cycle back and forth for when the other was too cold to do it.”

There was one scene where director McG planned on putting Robbie in a shirt, but he suggested he go shirtless.

Kanye West Has Reportedly Been Evaluated By a Doctor in Wyoming

“I was like, ‘Nope … McG it’s way funnier, I think we earned it, no shirt,” he said. “He thought it was hilarious, we put the name tag directly to my skin. That’s just kind of what this movie is. It’s self aware and we always want to have a good time.”

Watch Robbie’s interview with TooFab below.

Watch the trailer for The Babysitter: Killer Queen below.