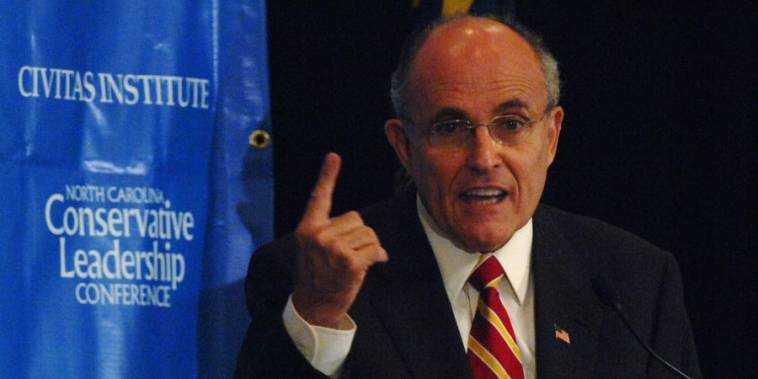 Rudy Giuliani, the personal attorney for President Donald Trump, says he was just “tucking in my shirt” after he appears to have an inappropriate encounter with a female actor in a scene in the sequel to “Borat,” starring Sacha Baron Cohen as the eponymous lead.

In the new film, “Borat Subsequent Moviefilm,” Giuliani can be seen in a hotel room with Tutar, Borat’s daughter played by actress Maria Bakalova. Tutar, who a news reporter at this point in the movie, is meeting Giuliani for an apparent interview.

At one point in the scene, Tutar and Giuliani are drinking scotch when she takes him into the bedroom of the hotel suite he was being interviewed in. Giuliani can be seen gently tapping the small of her back with his hand, as Insider previously reported. Another angle shows Tutar trying to remove the microphone wire from Giuliani’s shirt as he’s sitting on the bed. He’s then seen laying on the bed with his hand down his pants, doing what he says was tucking his shirt into his pants.