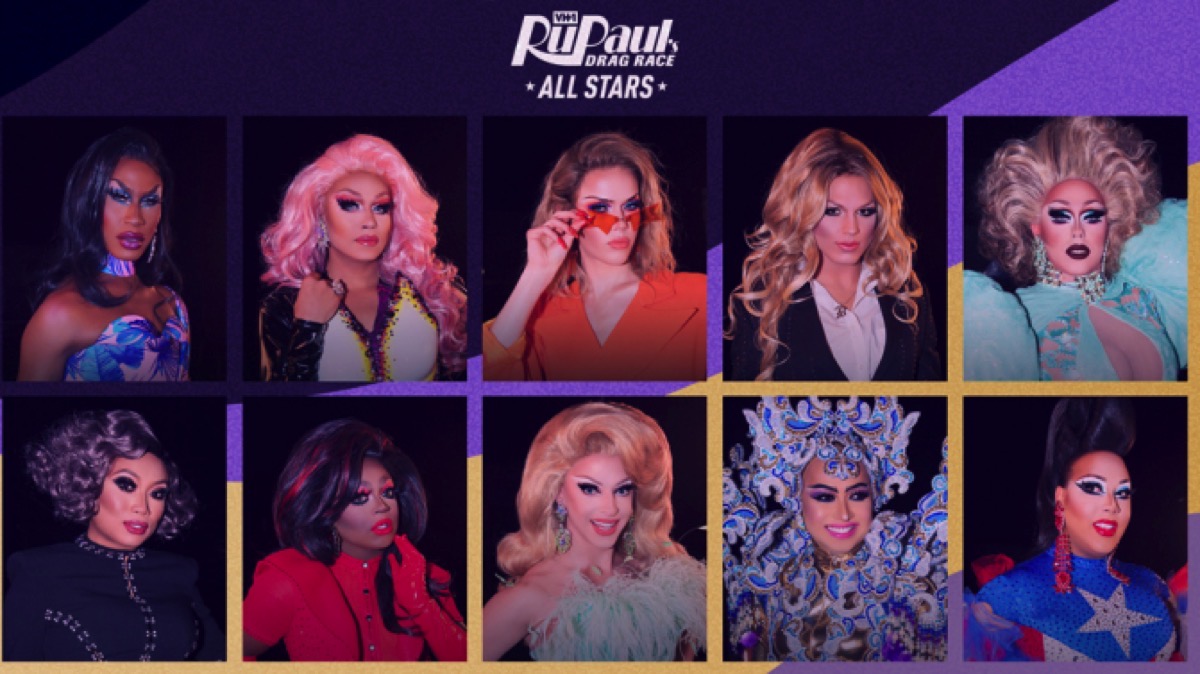 The upcoming fifth season of RuPaul’s Drag Race All Stars, previously scheduled to air on Showtime, will now premiere on VH1 (June 5, 8/7c). Additionally, the 10 returning contestants have finally been Ru-vealed.

As seen in the video below, the following fan favorites are confirmed to be competing for that $100,000 cash prize, as well as a permanent spot in the Drag Race Hall of Fame alongside Chad Michaels, Alaska, Trixie Mattel, Monet X Change and Trinity the Tuck:

The 10 queens sashaying on to the runway of All Stars season 5 include:

The Five — A Focused Little Batter, an Honest Dog, a Shoplifting Seagull, a Flashmob, and a Dog Cooling Off

“For All Stars 5, we’ve come up with a new twist that is so twisted it’s guaranteed to twist your twisted minds,” said four-time Emmy Award-winning host and executive producer RuPaul. What could that possibly be?

Watch a sneak peek of their “werkroom” entrances above and meet the queens below.