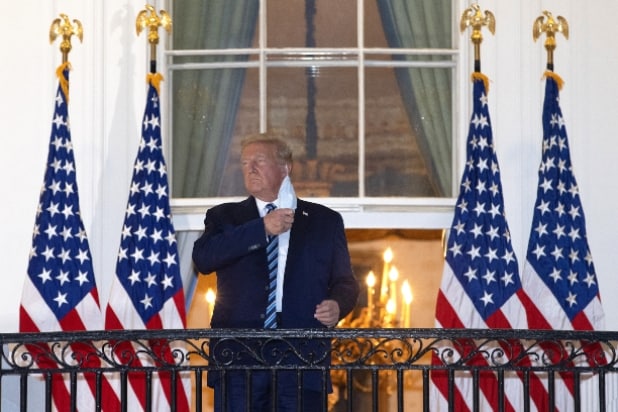 During his monologue Tuesday, Jimmy Kimmel talked a lot about all the recent stupid or bad things Donald Trump has done (it’s a lot). And while it was all pretty unsettling, Kimmel managed to put a fun spin on one them with a supercut of all the times Trump has incorrectly claimed that the U.S. is “rounding the corner” when it comes to COVID-19.

“Even though the pandemic appears to be getting worse, even though the virus is on the rise, in almost every state and all over the world, fear not, because the president says we’re rounding the corner,” Kimmel said during his monologue to introduce the gag.

The clip, featuring jaunty whistle music, showed more than 20 times Trump has used the phrase. At first, it would just show video footage of Trump saying it, but as the supercut continued Kimmel began interspersing footage of horrible accidents that occurred while someone in real life “rounded” a curve. Examples include someone flying off a water slide, a “Keystone Kops” movie where they crash while turning a corner, and some ice skaters falling down.

Read the full article from The Wrap.

The Full Borat 2 Trailer Is Here and Yes, It Features Mike Pence — WATCH