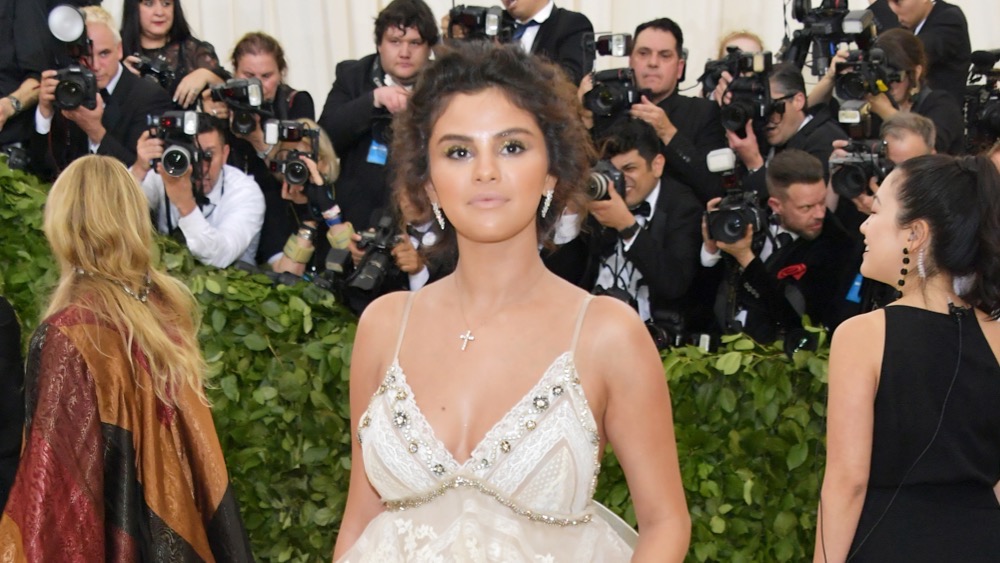 “I kind of want to talk about these sort of things that I deal with on a daily basis,” Michaels explained on Zane Lowe’s World Record on Beats 1 on Apple Music show on Thursday. “Not just anxiety, but the fear of missing out and sort of wanting to do things but never actually having the ability to go through with anything that you want to do.”

“I was like, I think it’d be really awesome to have a song with two women on it that struggle with the same thing, that are talking about something other than two women fighting for a guy’s attention,” she continued. “It’s almost like a female empowerment song without it being a female empowerment song. It’s us saying, ‘Hey, we have anxiety and we’re OK with it.'” — Rolling Stone

Weezer is back with a surprise new album and it is not just another Weezer album.

The Teal Album, which just dropped, has a cover showing the band in throwback outfits and features the band’s slacker takes on classic MTV staples like A-Ha‘s “Take On Me,” Michael Jackson‘s “Billie Jean,” and the Eurythmics‘ “Sweet Dreams (Are Made of This).” They do dip into a few more decades, despite the fact that teal wasn’t quite as popular when the Turtles cut “Happy Together” or E.L.O. did “Mr. Blue Sky.”

The newest song they cover comes from 1999. Ready or not, here comes Weezer’s version of TLC‘s “No Scrubs.”

Rose McGowan blasted her former lawyers on Wednesday for agreeing to represent her nemesis, Harvey Weinstein, against sex-assault charges — and claimed it was part of a plot that resulted in her pleading no contest to misdemeanor drug possession last week. That’s fucked up. — Page Six

Are you ready to have your heart melted? Two fathers are going viral for their adorable photo shoot with daughter Willow — and the sweet message they’re sending about co-parenting and blended families. And no, they are not gay dads.

Schitt’s Creek‘s Moira is a national treasure. Vulture compiled a little video of her best overly dramatic moments via the use of colorful language.

"Now is not the time for pettifogging!" Au contraire, Moira; it is always the time for placing undue emphasis on petty details, particularly when those details consist of the Schitt's Creek matriarch's ability to make everything sound impeccably dramatic. From her use of words like "bombilating" and "bedeviled" to "titillating" and "tannenbaum," we've decoded some of Moira’s greatest @schittscreek spoken hits. Link in bio!