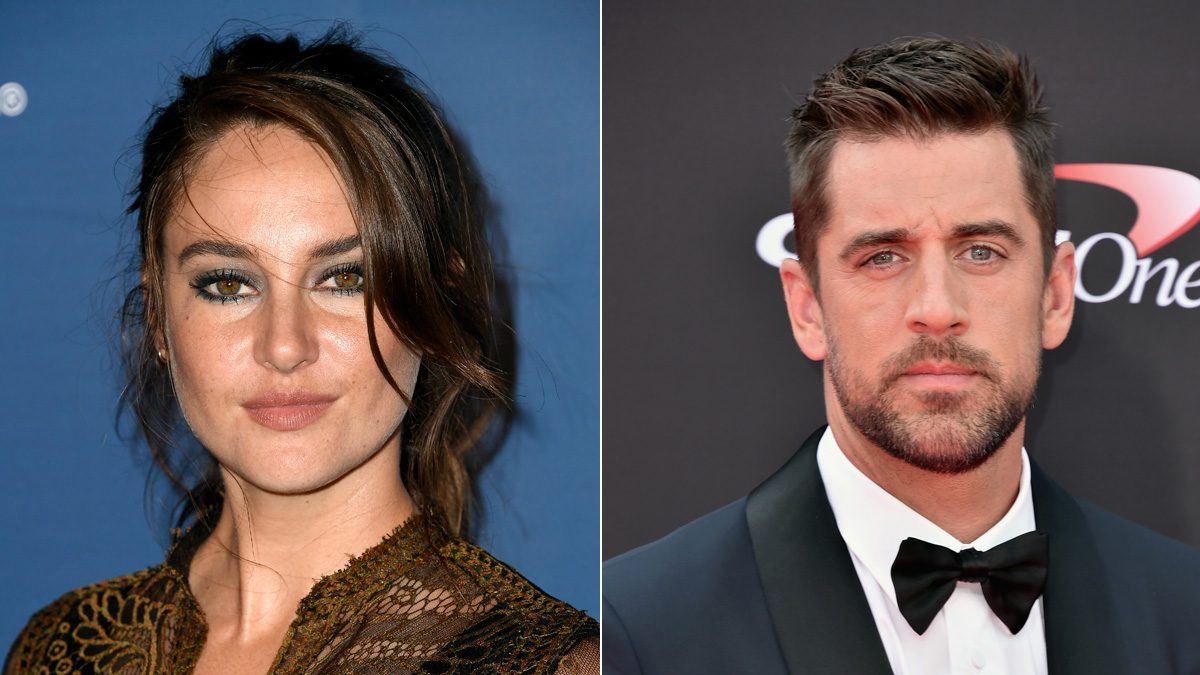 Shailene Woodley has confirmed that she and Aaron Rodgers are, in fact, engaged.

Rumors of a romance between the two began circulating just earlier this month before the football pro revealed only days later that he’s engaged to be married, though did not say to whom.

Now, Woodley, 29, has announced their engagement on an appearance on The Tonight Show Starring Jimmy Fallon.

“So it’s kind of funny. Everybody right now is freaking out over it and we’re like, ‘Yeah, we’ve been engaged for a while,’ ” so the Big Little Lies alum told host Jimmy Fallon. Gushing over the NFL star, Shailene said, “He’s, first off, just a wonderful, incredible human being.”

Despite that, the 29-year-old joked that she “never thought [she’d] be engaged with somebody who threw balls for a living.” The actress added, “Like, I never thought as a little girl … ‘Yeah, when I grow up, I’m gonna marry someone who throws balls! Yeah!’ But he’s really just so good at it.”

Shailene also offered more insights into their relationship, confirming that they met during the coronavirus pandemic. “When I first met him, I think my dog like pulled me aside and was like, ‘If you don’t date this dude, I will disown you as my mother, because the three feet that I run with you when you throw a ball is nothing compared to the marathon I’m able to run with him,’ ” she playfully explained.

Admitting that she’s “never even been to a football game,” the Divergent star recalled, “We met during this whacky, whacky time and all the stadiums were closed that he was playing in, so I have yet to go to a football game. I didn’t really grow up with sports, especially American sports. It was never really on my radar. When we met, also, I knew he was a football guy, but I didn’t know like what kind of a football guy he was. And I’m still constantly learning.”