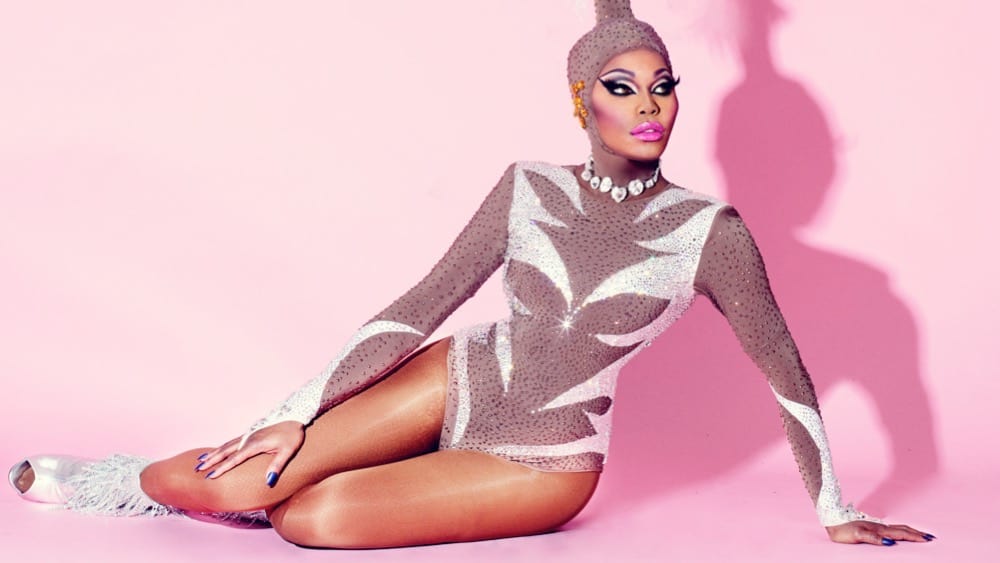 RuPaul’s Drag Race has introduced us to some amazing queens and one of our season ten favorites, Asia O’Hara is her to answer your questions. Deservedly making it into the top four of last season, Asia won us over with her sweet, nurturing personality and, of course, her amazing and unforgettable runway looks.

Asia is currently on the Werk the World tour and is set to host the Official RuPaul’s Drag Race: Season 11 Tour featuring performances by all 15 queens who have had us gooped and gagged this year.

She generously took some time out of her busy schedule to talk about her experiences on Drag Race, as well as her web series “Can Do Queens”, co-starring her fellow season ten queen Kameron Michaels.

Let’s get into it!

Socialite Life: How did you get your start in drag?

Asia O’Hara: It spoke to me, as cliché as it sounds.

SL: Who are your influences?

Asia: I have many, so it’s hard to pick one.

SL: Who are some of your favorite artists to perform to?

SL: What are your favorite songs to perform?

Asia: Once again, [it’s a] tough choice, it depends on my mood.

SL: Looking back on your time on Drag Race, what was your favorite experience?

Asia: I think learning I had more potential than I thought.

SL: Which challenge was your favorite? Least favorite?

Asia: It’s so hard to remember already, as its almost been two years since actually filming. “Snatch Game” was probably my least favorite!

SL: Some of your runway looks are legend (especially the stunning dandelion ensemble). What is/are your all-time favorite looks?

Asia: As stated the dandelion and even though it got read a bit, I love my mermaid look.

SL: Do you have any regrets about Drag Race (aside from the finale…we don’t need to mention that ever again)?

SL: What was the best part about appearing on Drag Race?

Asia: I think the exposure and getting a bigger platform to help our youth.

SL: You served as sort of a mentor for some of your fellow Drag Race queens. What advice would you want to share with aspiring queens?

Asia: Be you. I kinda feel like all queens chant that, but it is so important to have originality.

SL: How did the web series “Can Do Queens” come about?

Asia: Kameron and I just have a good back and forth and I think we are an unexpected duo.

SL: What was the most challenging project you’ve done on “Can Do Queens”?

Asia: GET A TATTOO!

SL: Who is seems to possess the most skills – you or Kameron?

Asia: That’s hard to say. We both bring different things to the table that help create this amazing meal.

SL: Let’s move on to touring. What motivated you to join the Werq the World tour?

Asia: It allows me the chance to do what I love and bring it to audiences all over the world.    Also, when Voss Events handles anything, I am game. They are professional! There’s no tour out there like this. I’d be mad if I was not on it.

SL: You’ve had the chance to see the world on this tour. Where have been some of your favorite tour stops?

Asia: Every place has been amazing so it’s hard to choose. I never thought I would perform in Hong Kong!

SL: What can fans expect when they see you on Werq the World?

Asia: A huge production of Drag Queens. Seriously, this is a real intergalactic spectacle.  We’re taking audiences on a ride, honey.

SL: Just a few more questions. You are a glamorous, radiant goddess. Can you share any of your beauty tips as to how you stay so gorgeous?

SL: What do you think about the rise in mainstream popularity of drag? What do you see for the future of drag as an art form?

Asia: I think it’s great, I just want people to know that all drag isn’t Drag Race. There are so many forms out there!

SL: Around the end of last year, you were looking for fan photos for a book called “Asia, Caption This” What’s the status on the book and can I still get in on this?

See Asia on The Official RuPaul’s Drag Race: Season 11 Tour, which kicks off on May 26 with dates across the US and Canada throughout the summer and follow her on Instagram and Twitter!  You can also check out “Can Do Queens” on WOW Presents Plus!

Jennifer Lopez on Alex Rodriguez Cheating Rumors: ‘I Know What the Truth Is’

Justin Bieber Still Thinks He Could Take Down Tom Cruise in a Fight, Sings…

International Superstar Hans Releases His First Single and Answers the…