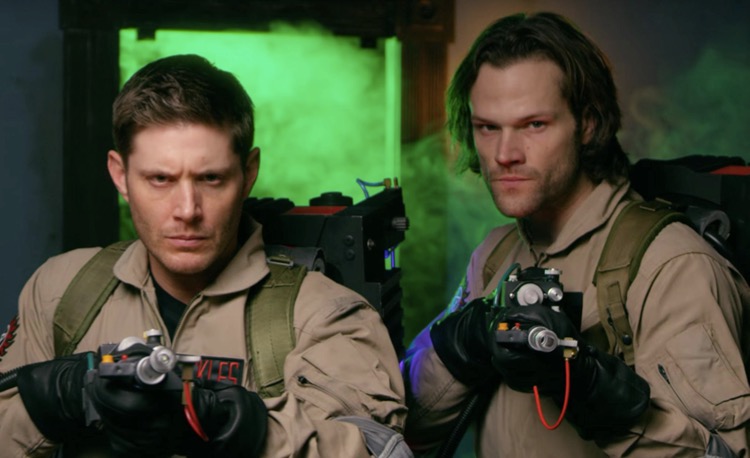 In a 10-minute spoof on Ghostbusters, the Winchesters from Supernatural, with Hilly Hindi from The Hillywood Show appears as Dean (Jensen Ackles) while Osric Chau is Sam (Jared Padalecki), are armed with proton packs, salt, and a few unreal additions to the Impala.

Set to the classic tune by Ray Parker Jr., Supernatural‘s, Sam and Dean Winchester are back in action, like never before, in The Hillywood Show’s Supernatural Parody 2! Misha Collins also makes an appearance, along with a very long list of current and former cast members who made cameos.

If you did not catch The Hillywood Show‘s first Supernatural parody, you can watch that below.