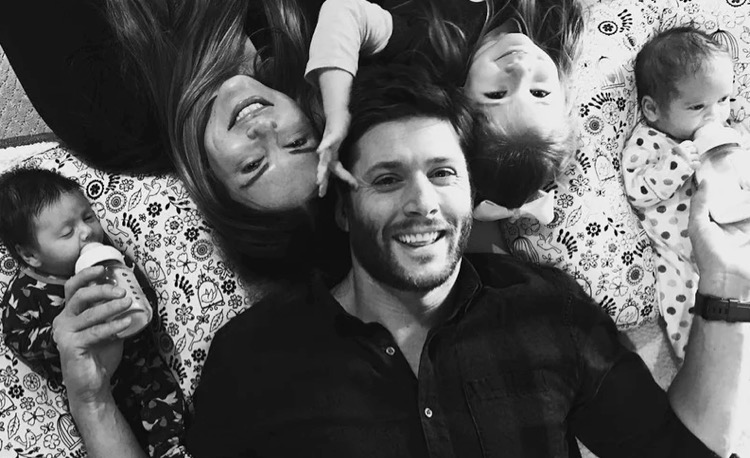 In a recent appearance on Live with Kelly & Ryan, Supernatural

star Jensen Ackles opened up about the reason behind his son Zeppelin’s name.

Jensen and his wife didn’t decide on a name for daughter Arrow Rhodes‘ twin brother until two days after their Dec. 2, 2016, birth.

Ackles recalled, “When the doctor pulled Zeppelin out, his umbilical cord was tied into a knot. Which could be very dangerous but luckily it was a very loose knot and nothing was happening, he was totally fine.”

So where did Zeppelin come from? “Thinking about [his birth] while thinking about a name, I was like, ‘Hm,’ and I went on to a sailing-knot site, like names of knots,” Ackles explains. “And at the very end was the Zeppelin bend, which was the knot they used to tether the Zeppelin blimps to the ground.”

Looking for some weekend inspiration….💡❤️ Sometimes on Fridays we go to the grocery store and ride this bad boy. 🚘 #twinzietime #lookoutweekend

Zeppelin and Arrow have a 5-year-old sister, Justice Jay, whom Ackles said they call JJ.