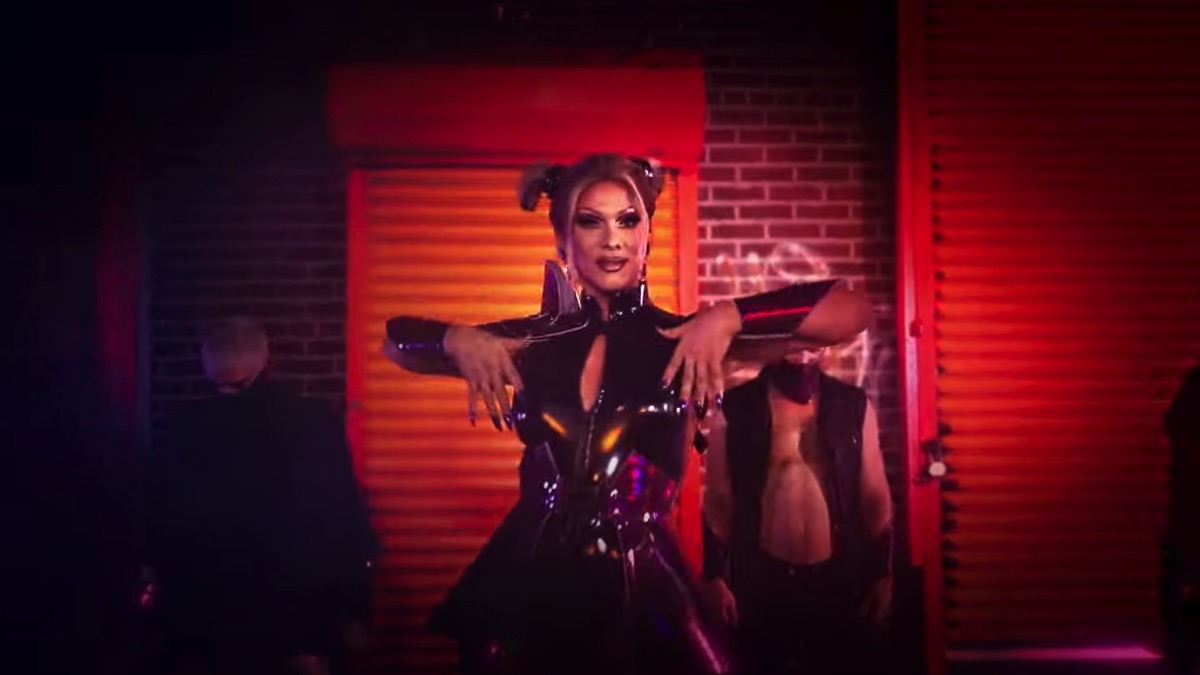 Hello, hello, hello! Welcome back to another check-in with the queens of RuPaul’s Drag Race in The Week in Drag.

This week, we crowned Canada’s first drag superstar (no spoilers here, but congrats to the champion!) and a spin the bottle game went sideways for the queens of RuPaul’s Drag Race: Vegas Revue.

We’ve got updates and news from some of your favorite queens, including the always hilarious Trixie and Katya, the naughty Willam and the sweet Shuga Cain. Get in-the-know and catch up with the queens.

On the latest edition of “I Like to Watch”, Trixie and Katya watch the season 5 premiere episode of Netflix’s devilish series Lucifer. As always, they inject their commentary with lots of laughs and insights on DJs, dick pics and snake sex. I don’t know about you, but I think I’m going to have to add this show to my already overstuffed Netflix queue.

On the latest “UNHhhh”, Trixie and Katya take on the topic of masc for masc gay men and answer a question from a musical theater-obsessed fan (and no, it’s not me.)

We haven’t covered Canada’s Drag Race much around here, because of the weird scheduling between the show airing in Canada and in the US (a few weeks after the fact), but I have to post this because I adore Jimbo. The fierce Canadian queen, who gives me some major John Cameron Mitchell vibes (anyone else?) talks to ET Canada about being on the show, throwing shade at fellow queen-testant Rita Baga and facing the (sometimes harsh) judges’ panel (Note: if you watch the show in the US, there are spoilers ahead.) All I have to say is Jimbo for All-Stars International!

Last week, Bob the Drag Queen announced that he wants to be a YouTube sensation, and, in a move that screams “Sibling Rivalry”, Monét X Change posted a video stating that she is also going to boost her subscribers with loads of new content on the streaming service. The (hilarious) shade of it all.

I will never not share a video from Willam. This week, he shared some creative ways to use the (amazing) glitters from his Suckless Face & Body collection. With the exception of the nightmare-inducing “emoji” look, I plan on recreating all of these mugs because, sadly, I have that kind of time.

If you’re going crazy being stuck at home, why not take on a craft project to help maintain your sanity in quarantine? If you need some inspiration, check out this compilation of some of Willam’s best Crafternoonting moments.

By now, you’ve no doubt hear Cardi B. and Megan Thee Stallion’s song “WAP”, but you may not have heard this take on the tune from the legendary Lady Bunny and Flotilla Debarge. Enjoy “DAP”

JoJo Siwa wasn’t really on my pop-cultural radar until Lemon did her as his Snatch Game character on Canada’s Drag Race (and he was hilarious) and now, here she is again. In this video, Trixie Mattel and YouTuber Brittany Broski transform into the child star through the magic of makeup. Make sure you don’t miss Trixie’s impersonation of Alyssa Edwards.

Shuga Cain has released the video for her fun new single, “Sweet Love.” The song makes me want to go dancing immediately and the assistant director on the socially-distanced video is none other than the equally sweet Honey Davenport. Check it out!

I live for a chat between two Drag Race champions and I know you will too. Check out Bob the Drag Queen talking with a (very giggly) Jinkx Monsoon on “Only Child.”

The charming Rock M Sakura from season 12 is back with another makeup tutorial. This time, he gives himself a “subtle beat “ using products from Patrick Starr’s One/Size collection and Kim Chi Chic concealer.

Jaymes Mansfield is back with some new wig transformation magic. This week, she takes another fan-submitted Arda ponytail wig, a clip-on ponytail and some scarlet weft into a delightful confection with a heart-shaped halo inspired by Cardi B.

Rock of Love’s Heather Chadwell and Sham Ibrahim kiki with Derrick Barry and Nebraska about their new single, “Bitch Please”, the #FreeBritney movement and lots of other topics.

Coco Peru is back to channel more of her inner Barbra (Streisand, that is) and performs La Streisand’s song “Second Hand Rose.”

As I mentioned before, Jimbo is my favorite of the Canada’s Drag Race queens and, with videos like this I can confidently ask what’s not to love? I’m leaving you this week with his (quite faithful) recreation of the video for the Buggles’ song “Video Killed the Radio Star.” Enjoy and, until next week, stay safe, stay healthy and say LOVE!