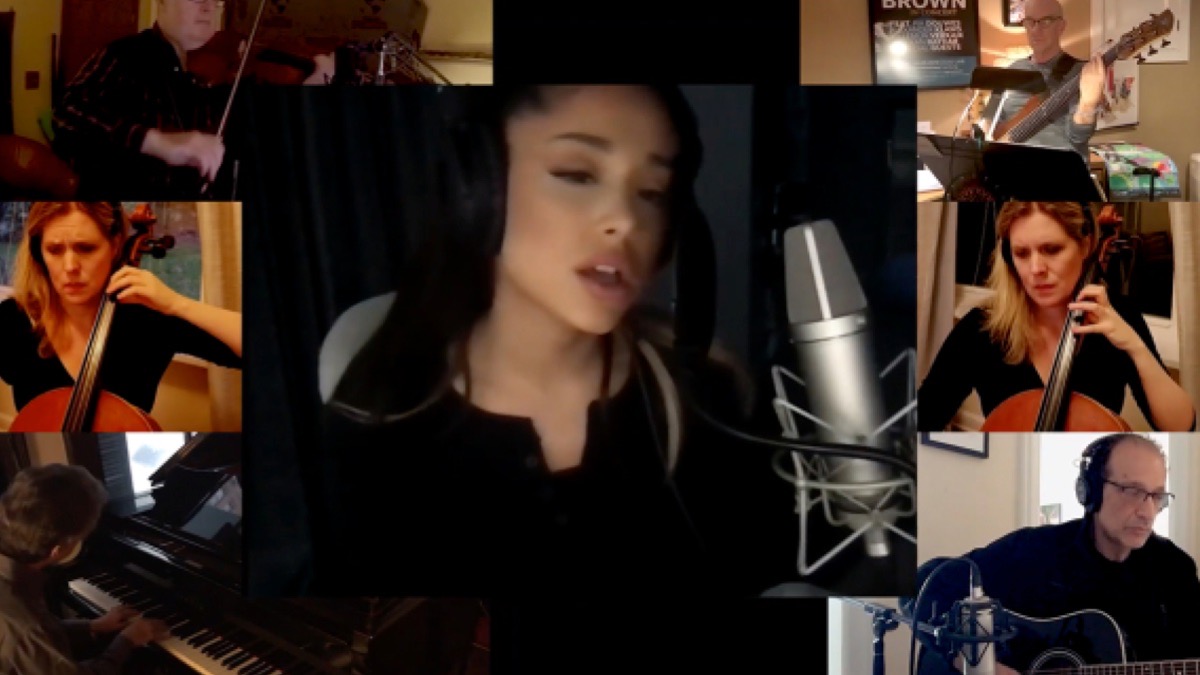 Ariana Grande and Shoshana Bean joined forces with Jason Robert Brown for his monthly Artist-in-Residency concert. SubCulture presented the virtual evening of music on April 27; viewers were encouraged to donate to assist the SubCulture staff and musicians.

Brown and Grande first worked together when the “Thank U, Next” singer was a teenager. She starred in the Broadway musical 13, which Brown wrote the music for, before getting an even bigger break on Nickelodeon.

They have remained friends and collaborators since, with Brown having written the track “Jason’s Song (Gave It Away)” for the deluxe version of Grande’s 2016 album, Dangerous Woman.

The concert served as a fundraiser for SubCulture (the downtown music venue home to the JRB Residency) and its staff during the shutdown; the event was punctuated with video messages from the staff about what they miss most and what they are grateful for in this moment.

Enjoy the incredible performance below!