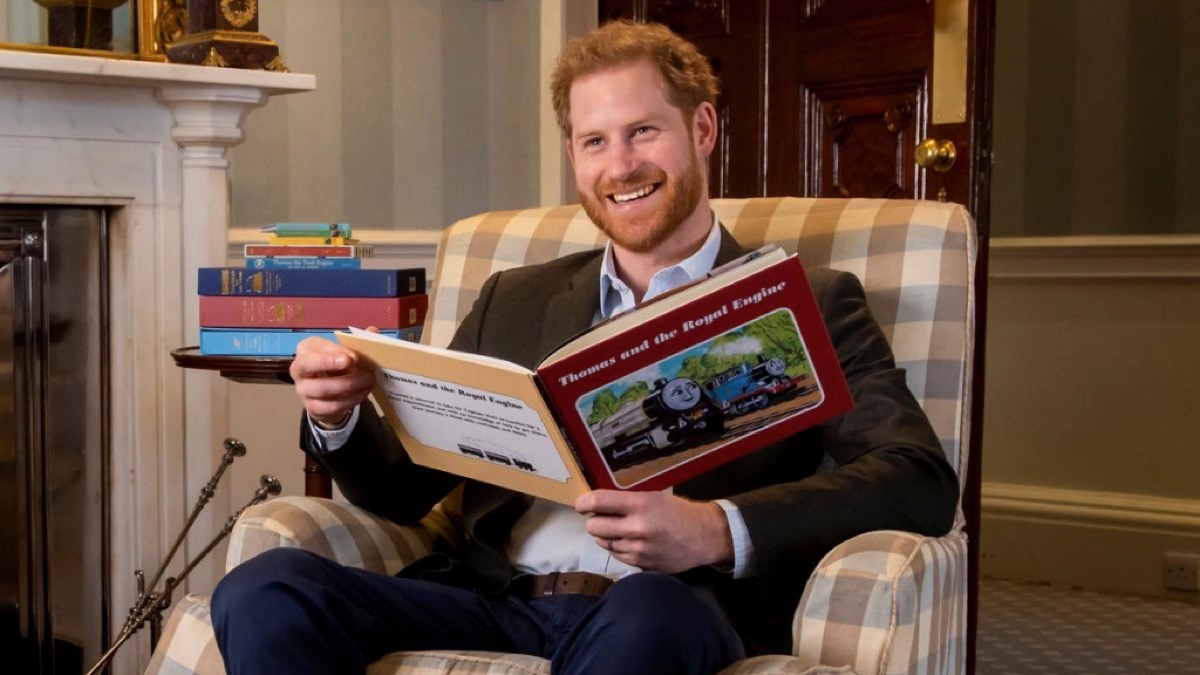 Prince Harry has recorded a special message to celebrate the 75th anniversary of children’s favorite Thomas the Tank Engine.

The Duke of Sussex introduces a new program called Thomas and Friends: The Royal Engine, which has a storyline that includes Harry’s father and grandmother, Prince Charles and Queen Elizabeth II, as animated characters.

Set when the Prince of Wales was a boy, the story sees the friendly engine taking Sir Topham Hatt, the controller of the railway, to Buckingham Palace to receive an honor.

In the short clip, Harry, holding a book reading on its front cover Thomas & Friends: The Royal Engine, says: “This year, Thomas & Friends, is celebrating 75 years of friendship and teamwork.

In a statement he said he has “fond memories of growing up with Thomas and Friends and being transported to new places through his adventures.”

Thomas “has been a comforting, familiar face to so many families over the last 75 years — entertaining, educating and inspiring children on important issues through exciting stories and characters,” he added.