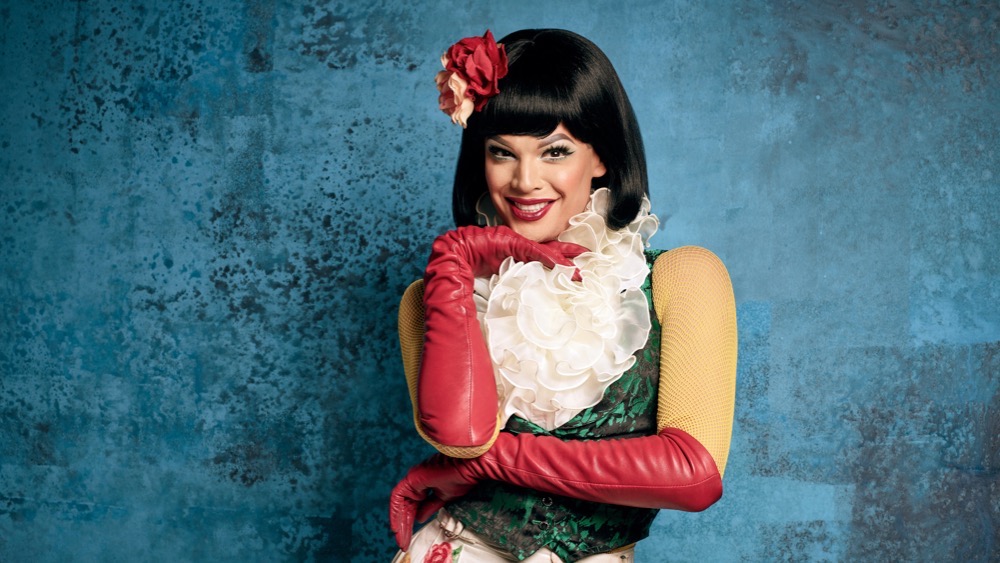 So, what did you think of the RuPaul’s Drag Race All-Stars’ club challenge? All I know is that I would love to get on the “V.I.B.” list at Club Hive! If you missed out on the queen’s attempts to impress club impresario/legend Suzanne Bartsch, don’t worry, as we have your recap roundup here, with treats for your eyes and ears.

In the podcast-verse, Nicole Byer and Joel Kim Booster welcomed guest Brendan Scannell from the TV series Heathers for the latest “What the Tuck?” and Willam and Alaska once again spilled the tea on another hilarious “Race Chasers”. (By the way, if you’re not following Race Chasers on Instagram, you are doing yourself a terrible disservice.)

John Polly has a lot to say about Trinity the Tuck’s elderly drag in last week’s lip sync in the latest “Extra Lap Recap”.

Miss Vanjie, Vanessa Vanjie Mateo, joins Trixie Mattel to dish nightclubs and the queen’s “plastique fantastique” runway lewks – including describing Monique Heart’s outfit as a “slot machine left out in the rain” on “The Pit Stop”.

Speaking of fashion, Raja and Aquaria dole out their weekly toots and boots on the “Fashion Photo Ruview.”

And, yes, Michelle Visage chats with the eliminated queen on “Whatcha Packin’”?

In other drag news, All-Star queen-testant Valentina took on the role of Angel in FOX’s Rent: Live last week. Due to an injury the evening before the broadcast to actor, the dress rehearsal (that was taped the Friday night before) was aired. She may not have Broadway-worthy pipes, but she gave an enthusiastic performance, as you can see in this clip of her performing “Today 4 U.”

Season 6 queen Courtney Act, no stranger to reality television with a win on Celebrity Big Brother, is competing on season 10 of Dancing with the Stars in her native Australia.

Courtney also released a new single “Fight for Love” and a sizzling video where she is serving some serious Kylie realness. Courtney will be singing this song when she represents the land down under during the Eurovision: Australia Decides contest, which will be broadcast live on February 9.

Lastly, we have just been introduced to the queens of RuPaul’s Drag Race season 11. You’ve seen how fierce they look in drag, now, check out the men behind the makeup. Talk about man candy! I already am kind of #TeamBrookeLynnHytes because she was in the Ballets Trockadero de Monte Carlo, but seeing her as a boy, I am now completely won over. Can I get an “amen”? See you next week!