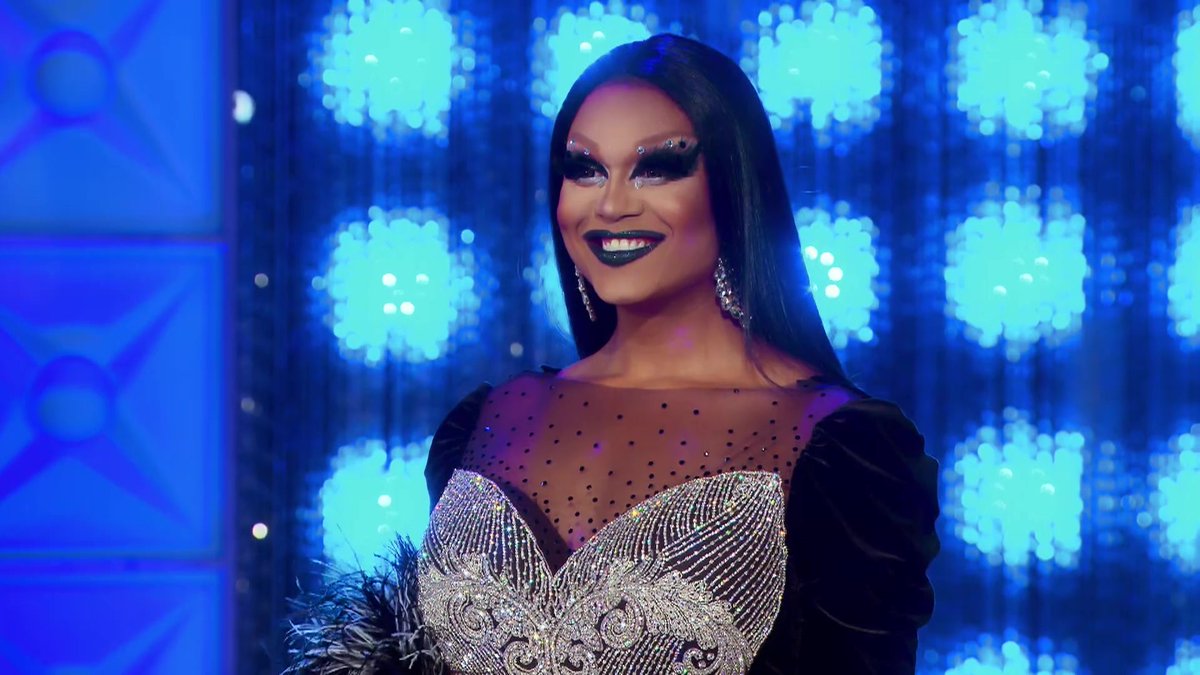 Hello, hello, hello, Drag Race fans! We’re in the thick of another exciting season of All-Stars and are just about to meet the queens vying to be Canada’s next drag superstar.

If that wasn’t enough entertainment to keep you occupied and safe at home, the queens have been cranking out some fierce content to make you happy. From “Ru-caps” of the challenges and fashions on All-Stars to new music and even crafting videos, there’s lots to watch and enjoy. So, without further ado, let’s bring it to the runway!

Bob the Drag Queen is back to talk to another fellow champion, this time Drag Race UK season one winner The Vivienne to discuss the “Get a Room” episode of All-Stars on “The Pit Stop.” Along the way, The Vivienne talks about her time on DRUK, shares what she would theme her own “ru-sort” hotel and offers her unfiltered opinions of the fashions on the runway. We need more of The Vivienne in our lives.

Raja and Raven (rocking the red bob she wore on Celebrity Family Feud) are back to toot and boot the “three looks in one” fashions from last week’s All-Star runway on the latest “Fashion Photo Ruview.” They clash on a few looks but give props to the queens who really turned it out (in my opinion.)

Season 9 and All-Stars 3 standout Aja joins Yuhua Hamasaki to discuss the “three looks in one” runway looks on “Bootleg Opinions.” Come for the critiques, stay for Aja’s honesty about her Drag Race future.

Nina Bo’Nina Brown serves up yet another amazing look (I couldn’t stop looking in awe at her stormy eyes) while discussing this week’s All-Stars episode on another “Rawview.”

I could stare at Kimora Blac all day long, so getting to see her and hear her take on All-Stars is a double treat.

Waaaay back in season three, I got the chance to interview the lovely Mariah (who just happens to be from my hometown of Atlanta). She couldn’t have been nicer and to say I was sad she got eliminated on All-Stars is an understatement. Mariah takes part in her “exit interview” with Michelle Visage on “Whatcha Packin’?” She talks about her experience on the show and shows off some of her fashions, including a beautiful floral number that we didn’t get to see on the runway.

When we spoke with Bob the Drag Queen a little while back, he discussed the event he organized with Peppermint, Black Queer Town Hall. If you weren’t able to view the event – or just want to relive what turned out to be an amazing set of performances and discussions, you can check it out on YouTube.

The queens of this season of All-Stars are quite the musical bunch and this week, we were treated to new music from two of the competitors. Miz Cracker released a truly fun video for her new song, “She’s a Woman.”

Not to be outdone, Shea Couleé has a new single titled “Collide” and it’s already saved on all of my streaming music services.

Speaking of All-Stars, the (often) toxic Drag Race fandom has struck again and taken out their anger on Alexis Mateo. She posted a photo to Instagram of her image plastered with some of the vile comments she has received such as “die”, “fake”, “bully”, “I hate you” and “kill yourself.” In her caption, she wrote: “They stay skin deep for all of us, the human underneath the make-up.” She went on to say, “Thank you for all the messages and your deep evaluations of my life. I will continue to know that is just a tv show and the I’m more valuable than this words. For you MY REAL fans thank you for your love and support. I love you all.” Some of her fellow queens came to her defense. I know none of the Drag Race fans here would ever say anything terrible, just let this serve as a reminder not to spread hate. Remember, it’s just a TV show after all.

As someone who refuses to grow up, I love when Trixie Mattel posts videos about toys. She’s back this week for another cooking video using an Easy-Bake oven. This time she’s got a newer version of the classic kiddie toy and whips up some (actually decent looking) pretzels.

If cooking’s not your thing but you’re looking for something to do, why not make your own Pride flag. Don’t know where to start? Check out Willam’s latest Crafternoonting video, where he makes a flag celebrating the entire LGTBQIA+ community.

Willam also treated us to another “Beatdown” this week. Enjoy his take on a news story about  arson at a Pennsylvania Dunkin Donuts, a truly terrible music video and a work ZOOM call gone horribly wrong.

If you like Willam (and who doesn’t?) and are a fan of the Drag Race podcast she does with Alaska, “Race Chaser,” you’re sure to enjoy this bonus content from recording the show. This is just a little taste – to get your fill of the dolls, check out Willam’s Patreon.

Season 12’s Crystal Methyd shows you how she created her spectacular look from the “Frozen” runway in this makeup tutorial.

Gigi Goode delivered a pair of very goode performances during last week’s Henry Holland’s Drag Brunch, part of Attitude’s Pride at Home virtual event. She performed B*Witched’s hit “C’est La Vie” by the pool and took us back to prom with her performance of When in Rome’s “The Promise” (and brought back one of her best runway looks from season 12).

The delightful Shuga Cain takes us into her drag room in the latest episode of “Out of the Closet.” Shuga shows us what happened to some of her runway fashions, including her ill-fated troll look and the caftan look that got her sent home. Shuga is able to joke about her fashion missteps, and it makes for a thoroughly enjoyable tour.

Season 11 champion Yvie Oddly is the latest to be “Exposed” by Joseph Shepherd. She talks about her start in drag, how she chose her name, working with Sharon Needles and more (and we even get a cameo from her kitty.) Come for the insight, stay for her infectious laugh.

During Thursday’s “SHES A RIOT” LGBTQIA Virtual Pride Rally, Hamilton star Sydney James Harcourt and Nina West debuted the new video for their collaboration “A Safe Place to Land”, a cover of Sara Bareilles and John Legend’s touching duet about supporting people in need. The “SHES A RIOT” event raised Awareness and Funds for the Marsha P. Johnson Institute and GLAAD to benefit Transgender People of Color and was hosted by Pose stars Billy Porter and MJ Rodriguez. Nina and Sydney hope to help continue to use their platform to bring equality and justice for Trans and non-binary people of color and keep people engaged.

In a statement, Sydney says, “Nina has been my friend since I began my career. We both grew up doing shows in tiny bars with performers in the black trans community.  Black trans lives have always been at high risk, and at a low priority for equality, visibility, and justice in this world.  Using our platform to support the people that fought for our rights, that is not just an honor, it is an obligation. Pride began with a black trans woman and raising money for the Marsha P. Johnson Institute and GLAAD is such an important part of celebrating not just this year but every year!” All funds raised by the video will go to the Marsha P. Johnson Institute.

World of Wonder, the company behind Drag Race, keeps on bringing us some fierce content, and their latest offering is “We Stan!” This new series features Drag Race alums sitting down for an intimate conversation with top musical icons to discuss their support and love for the LGBTQ+ community, celebrate Pride, and deep dive into their legendary careers. If that’s not enough, the queens will recreate one of the musicians’ signature lewks from head to toe. The first episode features Trinity the Tuck chatting with the legendary Cyndi Lauper. We Stan! Cyndi Lauper with Trinity The Tuck airs on Tuesday, June 30th on World of Wonder’s YouTube channel WOWPresents.

Jaymes Mansfield takes a break from transforming wigs into magical follicle creations and recreates the drag makeup of the early 20th century, sharing some her-story knowledge along the way.

We love Drag Race UK’s Sum Ting Wong, and this week, she serves up a beautiful cover of the My Chemical Romance song “I Don’t Love You” on “Just ‘SUM’ Singing.”

I love drag queens (as you probably know), but I also love The Muppets, so you can imagine my delight at seeing Mama Ru in the trailer for the new Muppets Now series for Disney+. This is going to be good.

And that wraps up the latest news from the Drag Race universe. Until we meet again, stay safe, stay healthy, stay informed and say LOVE!