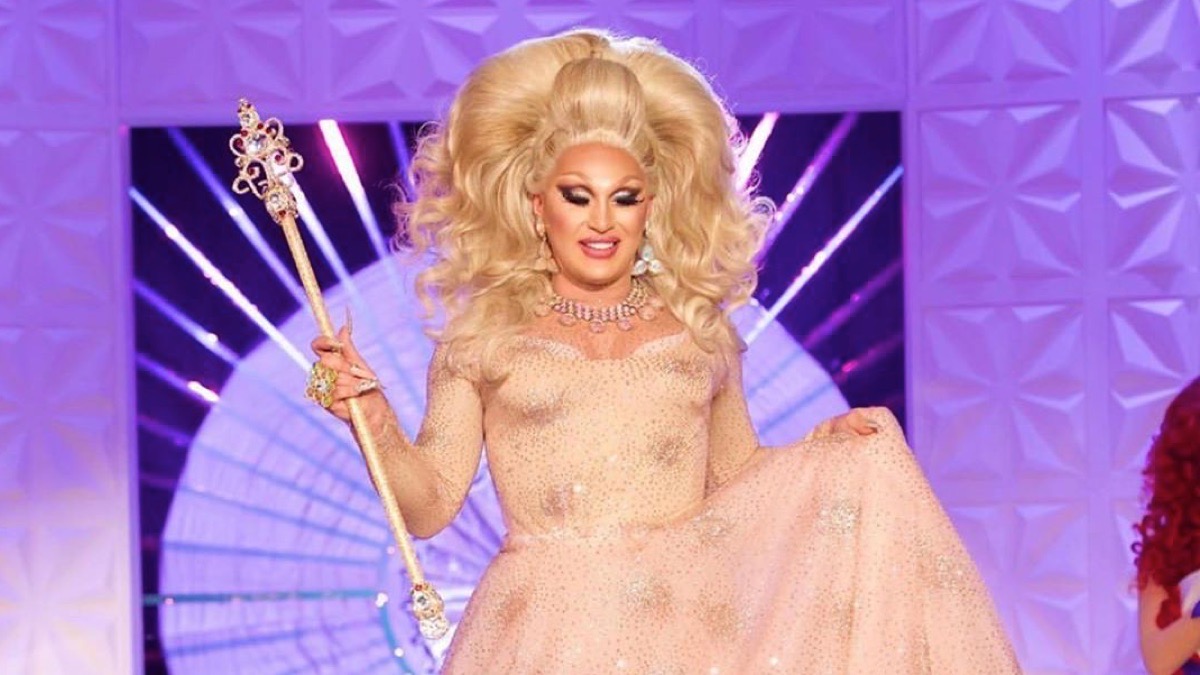 Hello, hello, hello! It’s time to touch base with the fabulous queens of the RuPaul’s Drag Race universe. Kicking off the holidays with updates, videos and so much more. Take a break from turkey and shopping and catch up with your faves!

Did you catch the season finale of RuPaul’s Drag Race UK? Relive the final challenge, runway and crowning of the spectacular The Vivienne with our favorite podcasts. Mano Agapion and his best Judy and co-host of “We Love Trash”, the charming and hilarious Betsy Sodaro discussed the finale and enlightened us on British slang on “Drag Her” and, of course, Willam and Alaska recapped the big event on “Race Chaser” (and dished out some “Hot Goss” too!)

Raja and Raven are here for the last “Fashion Photo Ruview” of the season. I’m sad. In this episode, they toot and boot the looks of the top three queens as well as the returning, previously eliminated queens (which gives them a chance to say ‘Sissy Hole” a lot.) Come back for All-Stars, you two!

Nina Bo’Nina Brown has been serving up some unique looks with her Drag Race UK recaps and this week is no exception.

Jiggly Caliente, who I am always delighted to see pop up on Pose, joins Yuhua Hamasaki for the latest episode of “Bootleg Opinions.”  The two talk about the finale fashions of the Drag Race UK queens, discuss their hard-partying pasts and lots more. If you like what you see, consider contributing to Yuhua’s Indiegogo campaign to keep her channel up and running.

While The Vivienne may have won Drag Race UK, we’ve all really won with the new web series starring the UK’s next drag superstar and her BFF, Baga Chipz. Baga and Viv are bringing back their already iconic Snatch Game characters (Margaret Thatcher and Donald Trump) for an irreverent parody of morning chat shows, titled “Morning T&T.”  The show debuts in December on WOW Presents Plus and I can’t wait.

This year the foundation will provide daily grants of $1000 from December 1st to 25th 2019 to LGBTQ+ organizations across the U.S. Donations will be made to organizations that have an impact on the LGBTQ+ community and its members.

The organizations were chosen for the work they do every day to address LGBTQ+-specific issues, including healthcare, homelessness, trans rights, youth advocacy, veteran support, HIV and AIDS, equal rights, suicide prevention, addiction and recovery, anti-bullying, immigration, and more.

Nina said of the initiative, “The holiday season can be difficult for so many in the LGBTQIA community.” She added, “With this tremendous platform given to me by RuPaul’s Drag Race, I wanted to continue to lift up and elevate my community, and what a better way to do that than to help celebrate organizations that do just that. I hope this will motivate fans of the show to give what they can- time, talent, or treasure – during the holiday season. And, if people are moved by the work of the Nina West Foundation, I hope they will consider donating to help us further our mission of equality and equal access for all. Also, all I want for Christmas is for people to register to vote! GO BIG AND BE KIND THIS HOLIDAY SEASON!”

If you would like learn more about the foundation’s work and make a donation, visit the Nina West Foundation website at www.ninawest.com/foundation/.

While their web series “UNHhhh” is on hiatus, you can get your fix of drag’s funniest duo, Trixie Mattel and Katya with their new web series “I Like to Watch,” where they deliver their take on Netflix shows. On the premiere episode, the queens watch and discuss season three of the hit series The Crown. This is even more entertaining than the show, if you ask me.

The first episode of “Alyssa Raw” is now live on WOW Presents Plus. Our favorite dancing queen takes a bite out of the Big Apple, promoting her makeup at Sephora and participating in the NYC Pride parade. Subscribe to WOW Presents Plus to check out new episodes and so much more fantastic content from your favorite queens.

Adore Delano is coming back to reality TV, starring on MTV’s Ex on the Beach: Peak of Love. Adore chatted with Entertainment Weekly about the show, which premieres this Thursday at 9 p.m., saying it was a different experience than the one she had on Drag Race.

She said the new show is “harder on the psyche because I’m not used to sharing my emotions when it comes to love except if it’s in a song. But this is showing how I date and some of the faults I have. It shook me. It was like, “Girl, you really need to grow up, real quick. These are your problems laid out in front of the world.”

If applying glitter, lipstick and fake lashes is intimidating, let Willam show you how easy (and funny) it can be with these quick tips using her Coverboy products.

Yvie Oddly gets into some special effects makeup with Face Off makeup artist Gage Munster on the latest episode of “Yvie’s Odd School.”

The beautiful Violet Chachki is back with another informative makeup tutorial, showing you how she achieves “Girl on the Go Glam.”

Jaymes Mansfield once again makes wig makeover magic, this week turning a vintage Dolly Parton wig into a creation any country diva would be proud to wear.

Trixie plays a game of song association for ELLE, where she is given a word and needs to sing a song using that word. Along the way, she talks about the successful launch of her cosmetics line and shares tales of Drag Cons past. She also teases a possible cosmetic collaboration with Katya. I love me some Trixie and her musical knowledge is impressive.

On the latest episode of “Cool Mom” Jinkx Monsoon reprimands her son, Kamikaze, about throwing a party in the house while she’s out of town and the two discuss what makes a good (or bad) theme party, JInkx’s partying past and more.

Well, that’s all for this week’s updates. Have a great rest of your holiday weekend and we’ll be back next week with more from your favorite queens!