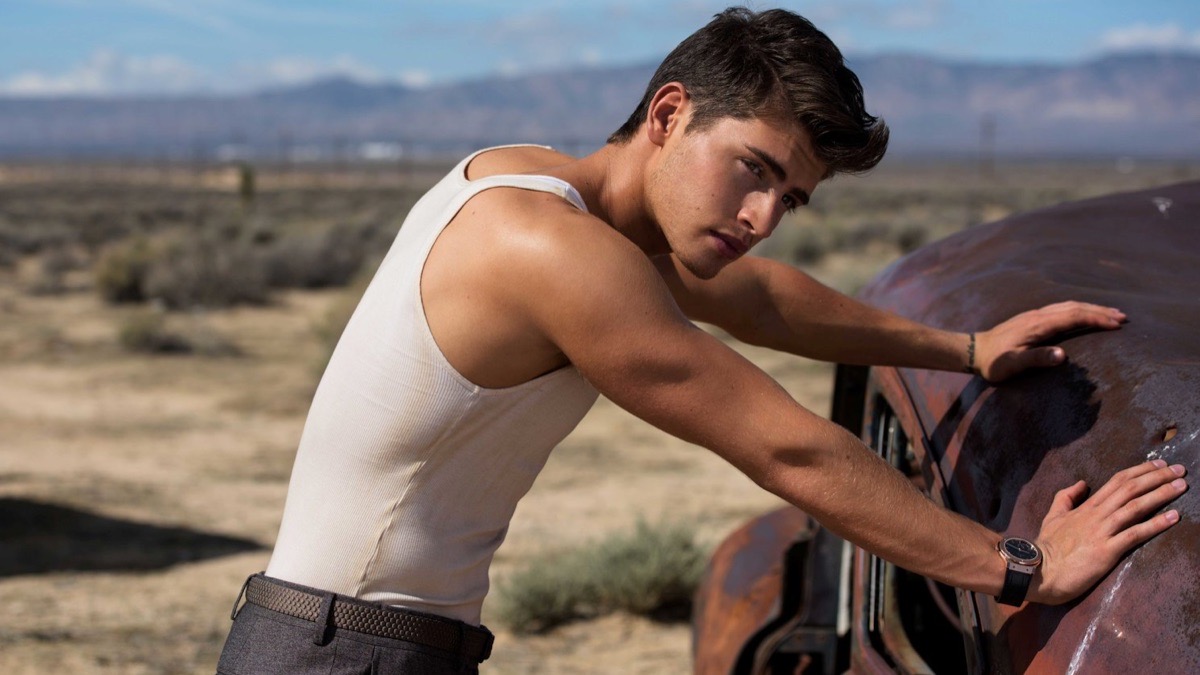 And would you look at that! He’s shirtless in the latest issue of Flaunt Magazine. Okay sure, so he has a few photos where he’s doing the clothed modeling thing, but come on, you know that we are all about those abs.

This might also be one of the only times I’ve also focused on what Gregg has to say. His interview with Flaunt is actually really great.

He reveals he wants to play James Bond.

”What young bloke doesn’t want to be the classiest badass around?!”–(get in line behind Idris Elba, Gregg!). And he’s a massive football fan. Oh, sorry, we’re American, soccer fan. “I’m a massive Arsenal fan and wake up very early on the weekends to watch the matches. I often get noise complaints in hotels because I’ll be screaming at the TV like a nutcase!”

Although Gregg, you did lose some love points with me when you admitted that you’d rather have a smoothie over tea. “I prefer protein smoothies if I’m honest! I know I’m English but I actually don’t drink tea daily.”

You can check out the rest of his interview with Flaunt here. I bet his girlfriend Bella Thorne has these photos framed in her home. I know I would.