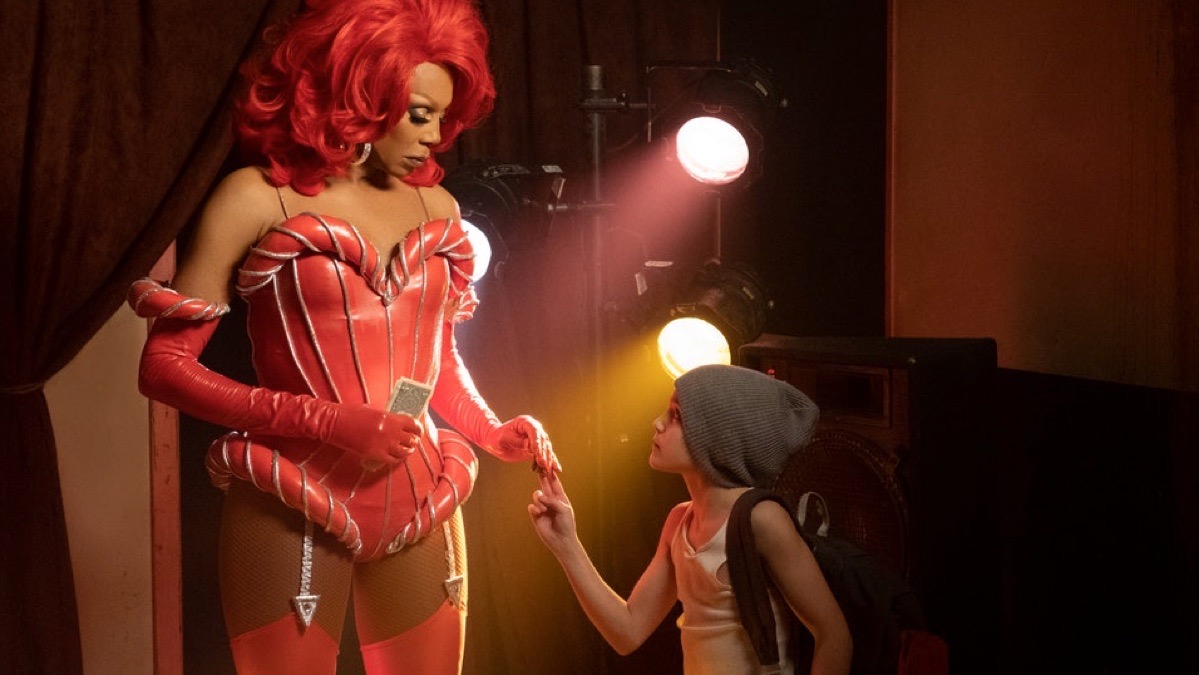 Hello, hello, hello! It’s time to check in with the queens of the RuPaul’s Drag Race universe. Social media has been abuzz this week with the release of the trailer for RuPaul’s new show and the debut single by the runner-up of Drag Race UK.

We may be in the throes of the holiday season, but these queens are busier than Santa’s elves! Let’s check in on the goops and gaggery, and fits and fashions the world of drag has brought us this week.

Obviously, our top story involves the trailer for the eagerly anticipated Netflix series starring RuPaul, AJ and the Queen, which debuted on Wednesday – and it is everything. Mama Ru plays Ruby Red, a queen whose dreams of owning her own club are thwarted by a thieving beau and she is forced to hit the road and perform to recoup her money with the child of a friend in trouble.

The show looks amazing and, in addition to the promise of seeing Ru act in her first leading role in a scripted show and lip sync for her character’s livelihood, the cast is packed with 22 Drag Race alums, including Pandora Boxx, Latrice Royale, Trinity the Tuck, Bianca Del Rio, Chad Michaels and Jujubee (just to name a few.)

The series debuts on the streaming service on Friday, January 10, so I have that weekend’s plans set already. Check out the gag-worthy trailer and mark your calendar.

I don’t know about you, but I miss the queens of RuPaul’s Drag Race UK already. Fortunately, Divina De Campo, who I had the pleasure of interviewing recently, released the video for the first song from her new EP, Decoded, on Wednesday. “A Drag Queen Song” is catchy as hell and Divina looks amazing in it. The whole EP is definitely worth a listen and is available now wherever you get your music.

If you have WOW Presents Plus, you can revisit the queens on RuPaul’s Drag Race UK: It’s a Wrap. The episode was filmed at the show’s live viewing with all of the queens in attendance, reminiscing on their experiences on the show – and it’s where The Vivienne was crowned as the winner.

It’s not your typical reunion show, probably because all of the queens were so civil to each other and there was no drama to address (which is also why I can only assume they didn’t crown a Miss Congeniality, because they were all deserving of that title.

If you don’t have WOW Presents Plus, you’re missing out on some highly entertaining content from your favorite queens, and, for just pennies a day, you can watch shows from the likes of Katya, Trixie Mattel, Yvie Oddly, Jinkx Monsoon, Alyssa Edwards and so many more, as well as Drag Race Thailand and Drag Race UK (which you can catch the same time the episodes debut across the pond.)

With Drag Race UK over, our favorite podcasters have moved on to other topics. Willam and Alaska have brought back “Race Chaser Classique”, this week discussing the top moments from season three of Untucked – and of course, they deliver us our weekly serving of “Hot Goss.”

On “Drag Her”, Mano Agapion welcomes actor and comedian Nick Sahoyah, otherwise known as Jinikx Monsoon’s son Kamikaze on her web series “Cool Mom”, and the two play the game that’s sure to sweep the nation, “Who Wants to Be a Fake Drag Race Winner?” It’s so much fun, and I hope Nick makes it to the top 4! (I had the chance to chat with Nick recently and our interview will be posted soon, so stay tuned!)

On “Hot Goss” this week, Willam and Alaska welcomed guest Kit Williamson, the creator and star of the Netflix series Eastsiders, which happens to also feature Willam. The fourth season of the show is now available to stream and the cast includes a bevy of queens, including Katya and Manila Luzon. If this trailer is any indication, this show is sure to be worth a binge.

All I want for Christmas is an invite to one of RuPaul’s holiday parties. In this interview with Vogue, Ru shares his holiday rituals and how he hosts the most festive holiday celebrations (spoiler: secret surprise birthday gifts and dirty charades.)

Do you think you possess enough charisma, uniqueness, nerve and talent to be the next drag superstar? Casting for season 13 of RuPaul’s Drag Race is now underway. If you are debating submitting, let Mama Ru share some words of encouragement – you betta werk…on that audition tape!

Katya, Jinkx Monsoon, Alaska and Sharon Needles are the subject of a new documentary, called The Queens. The film, available to stream on Amazon Prime and Revry, a new LGBTQ streaming service, follows the queens as they tour, perform and exude fabulousness. Check out this clip featuring Katya and a shopping cart.

Asia O’Hara and Kameron Michaels have proven they can do a lot of things on their web series “Can Do Queens”, but the pair may have met their match as they take on a creepy escape room challenge. Watch and see if they can survive – and get dome quality laughs along the way. (I want to hang out with these two.)

Season 10’s champion takes us along on a fashionable journey to Milan in the latest episode of “Aquaria On/Off.” She attends runway shows, Vogue parties and Violet Chachki’s show, “A Lot More Me.” I have my passport handy if you ever need a travel companion, Aquaria.

Jaymes Mansfield has been our go-to wig expert, but this week, she’s giving us a comprehensive makeup tutorial – from blocking her brows to applying the perfect lip, detailing all of the products and techniques she uses to beat her mug.

Speaking of makeup, Trixie Mattel gives us a behind the scenes look at the photo shoot for the new Summer of Love collection from her makeup line. The colors are beautiful and Trixie is such a goof. I stan.

In the latest episode of “I Like to Watch”, Trixie and Katya get into the holiday spirit and watch the Netflix movie The Knight Before Christmas (think any Hallmark holiday rom-com, but this one stars Vanessa Hudgens.) I am 100% Grinch when it comes to these terrible movies, but the queens’ hilarious commentary made my heart grow three sizes.

On that note, it’s time to ring down the curtain on another recap of the latest in Drag Race news. Until next week, everybody say LOVE!