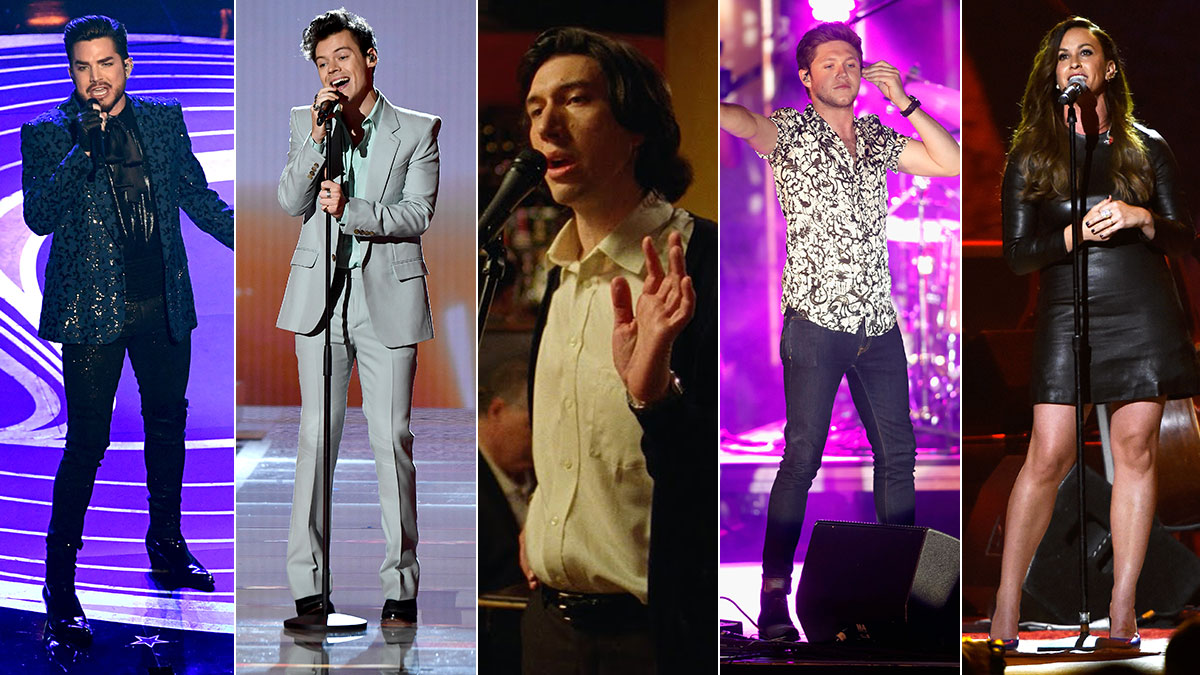 I am an unabashed lover of pop music, and well this week, pop music did not let me down.

This week was a big week in pop music releases thanks to former members of One Direction, Harry Styles and Niall Horan, plus Adam Lambert, Alanis Morissette, and Adam Driver (yes, that Adam Driver), so we thought it befitting that we highlight our favorite pop music moments of the week.

It is about damn time, Adam Lambert!

One of Lambert’s best talents is being able to deconstruct a song and give it a new life of its own (like his cover of Tears for Fears’ “Mad World“). That is exactly what Adam did with his cover of Cher‘s “Believe” when he originally sang it while paying tribute to Cher (he made her cry) during last year’s Kennedy Center Honors.

It took a year of fans begging, and the begging has finally paid off.

“A lot of you have mentioned wanting a studio recording- so here’s a little holiday 🎁 from me to you,” Lambert tweeted, announcing the studio version to his fans. “Thank you for being the most loyal & dedicated fans this queen could ask for!”

Listen to the full version of the song below.

The 70s-inspired track is the third release from Harry Styles’ upcoming second album Fine Line album (out next Friday), “Adore You,” and comes after he previously released ‘Watermelon Sugar‘ and ‘Lights Up‘.

“Oh, honey/I’d walk through fire for you/Just let me adore you/Like it’s the only thing I’ll ever do,” Styles sings in the upbeat pop track’s chorus.

In the video, Harry befriends a fish. Yup, a fish. See for yourself in the video for “Adore You” below.

Niall Horan — “Put a Little Love on Me”

Niall Horan’s new single follows up the perky strummer “Nice to Meet Ya” with a somber piano ballad that sees him reflecting on lost love, with lines like “I look around and my heart is collapsing.”

Someone give Niall a hug, stat!

After sharing the song on social media, he revealed another intimate detail about the track, “I recorded this song a number of times but always kept coming back to the original demo so I ended up using that for the final track.”

Take a listen to “Put a Little Love on Me” below.

It is SO good to have Alanis Morissette back!

On Wednesday the “You Oughta Know” singer announced that her new album Such Pretty Forks In The Road will be out on May 1, 2020, plus she released the first single off the album “Reasons I Drink.”

Oh, and she’s also going on tour next summer for the 25th anniversary of her seminal album Jagged Little Pill. She’ll be joined on tour by Garbage and Liz Phair.

Now, back to her new single, “Reasons I Drink.” The song is raw and powerful in dealing with addiction.

Morissette has previously been open about her struggles with an eating disorder and has described alcohol as a “secondary addiction.” It’s these battles that she revisits in both the song’s title and its later lyric: “Here are the reasons I eat/Reasons I feel everything so deeply when I’m not medicated.”

Take a listen to the song below.

Tony and Oscar nominee Adam Driver sings “Being Alive” from Company in Marriage Story — check out a snippet of his rendition below.

Driver, as his character Charlie, sings a stripped-down version of the tune at a piano bar, coming at the climax of his character’s storyline.

It is a heartbreaking and raw, performance, and yes, while it is only 18 seconds long, it is going to stick with me for a long time.