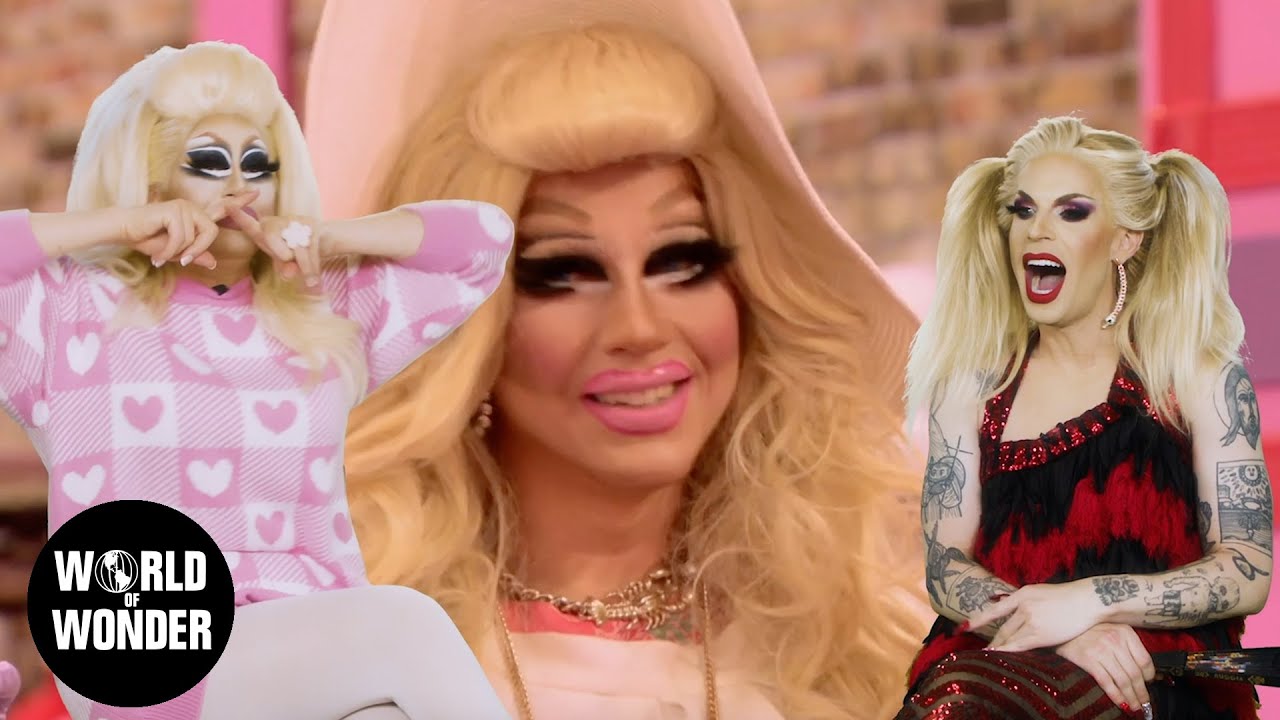 Hello, hello, hello! It’s been quite a week, with ongoing election drama, social media shake-ups and so much more. We hope you all survived Friday the 13th and are here with lots of great content from the queens in the latest edition of The Week in Drag.

We can’t stop talking about Halloween, especially when Katya and Trixie keep serving up scary flicks to keep your blood pumping while staying home – but, Christmas is coming and BenDeLaCreme and Jinkx Monsoon are getting into the spirit with a new Hulu movie (starring Dan Levy…hello?).

Some of your faves, including Heidi, Bob, Monét, Willam and more are back with updates, so let’s not waste another minute and let’s bring it to the runway!

Yes, it’s November, and you probably already have your Christmas decorations up, but Katya (in her witchy best) and Trixie (serving her take on Wednesday Addams) are still in the Halloween spirit and have mor recommendations for those of us who are reluctant to bid the spooky holiday adieu just yet. On the latest “I Like to Watch”, the two review more scary movies currently streaming on Netflix, including I Am the Pretty Thing That Lives in the House, Winchester, The Autopsy of Jane Doe, Cargo and #Alive (which is my favorite of this bunch.)

Trixie and Katya relive the “trauma, trials and tribulations” of season 7 of RuPaul’s Drag Race on the latest “UNHhhh.”From their entrance looks, including Katya’s “thin, villainous lips” and Trixie’s “double brow crease action” to misunderstood runway challenges, the infamous John Waters-inspired musical and the lip syncs that sent them packing.

Trixie indulges in some yummy (and vegetarian) Korean food with Kim Chi for this Mukbang video. These two are so much fun together (and Kim looks so gorgeous that she looks like she exists behind a perfect Snapchat filter. I crave that lipstick.) And I can attest that the spicy rice cakes with mozzarella cheese are everything.

Fight! Fight! Fight! If you secretly enjoy watching people engage in fisticuffs, you’ll love the latest ‘Best of Beatdown” video from Willam. We’ve got strippers, drag queens, drunks, hillbillies and fast food employees going at it with color commentary from one of our favorite funny queens. Put up your dukes and let’s get down to it (and I need Willam’s Wawa t-shirt.)

Earlier this week, we posted the trailer for the upcoming Netflix holiday comedy (I refuse to call it a “rom-com”) Happiest Season, starring Kristen Stewart, Dan Levy (my heart), Alison Brie and Aubrey Plaza. What you didn’t see in the trailer were the fabulous BenDeLaCreme and Jinkx Monsoon, who have cameos as, what else? Drag queens, of course. Of the film, directed by But I’m A Cheerleader star and former Drag Race judge Clea DuVall, Ben told Entertainment Weekly that, “We were all working to figure out how we reclaim a sense of warmth and joy at the holidays, which is every straight person’s birthright, but queer people have a little bit of a harder time accessing.” The movie premieres on Hulu on November 25.

Joseph Shepherd is back with another of his fabulous “Exposed” interviews. This time, he chats with the Queen of the North and the second-best part of Canada’s Drag Race (after Jimbo, of course), Brooke Lynn Hytes.

Heidi N Closet, who memorably brought you Heidi’s Hydrates on season 12, knows a thing or two about makeup, and she shares her knowledge in the latest episode of “Gap Chat.” She talks about her makeup evolution, from her look that Nicki Minaj “hate, hate, hated” on the season premiere to the Glamazon she is today and shares advice to get your glow on.

LA (Los Angeles, that is) is the topic on this week’s “Sibling Rivalry” with Bob and Monét X Change.

This week, Bob also introduced us to his (adorable…and, surprisingly, his first) boyfriends, musician Ezra and photographer Jacob. The “not-a-thruple” talk about how they all met, the ins and outs of their relationship, superhero movies and so much more in this fun video.

Monét brings her online series “The X Change Rate” to the UK and talks to Drag Race UK champion The Vivienne (dressed as our now ousted – YAY – 45th president) and actor Garrett Clayton (who we also had the chance to interview. I’m putting this out there to see if I can get an interview with Monét and The Vivienne too!) Monét also talks about the joy of plane travel and the joyful results of the US election.

Jaymes Mansfield takes on the ultimate wig challenge, transforming a wig she finds in the street into a glittery “Latina tia” look. The before is kind of fun (Jaymes describes it as “Raquel Welch in Legally Blonde”) but it’s amazing how great the finished product is.

Drag royalty Sherry Vine and Jackie Beat swapped their heels for running shoes and competed as “Team Makeup” on last week’s episode of Supermarket Sweep, hosted by Drag Race super fan Leslie Jones. Do the queens prevail? Watch and find out. (Side note: there definitely need to be more drag queens on game shows. I mean, between these two and Raven and Latrice on Family Feud, my point has been proven.)

Well, that wraps it up for this week. I will be shopping around (see what I did there?) for new clips from your favorite queens and will bring you more next time. By the way, if you’ve got news about any of your faves, feel free to send me a DM on Twitter, @SugarSmak. Until we meet again, stay healthy, stay safe and Say LOVE!