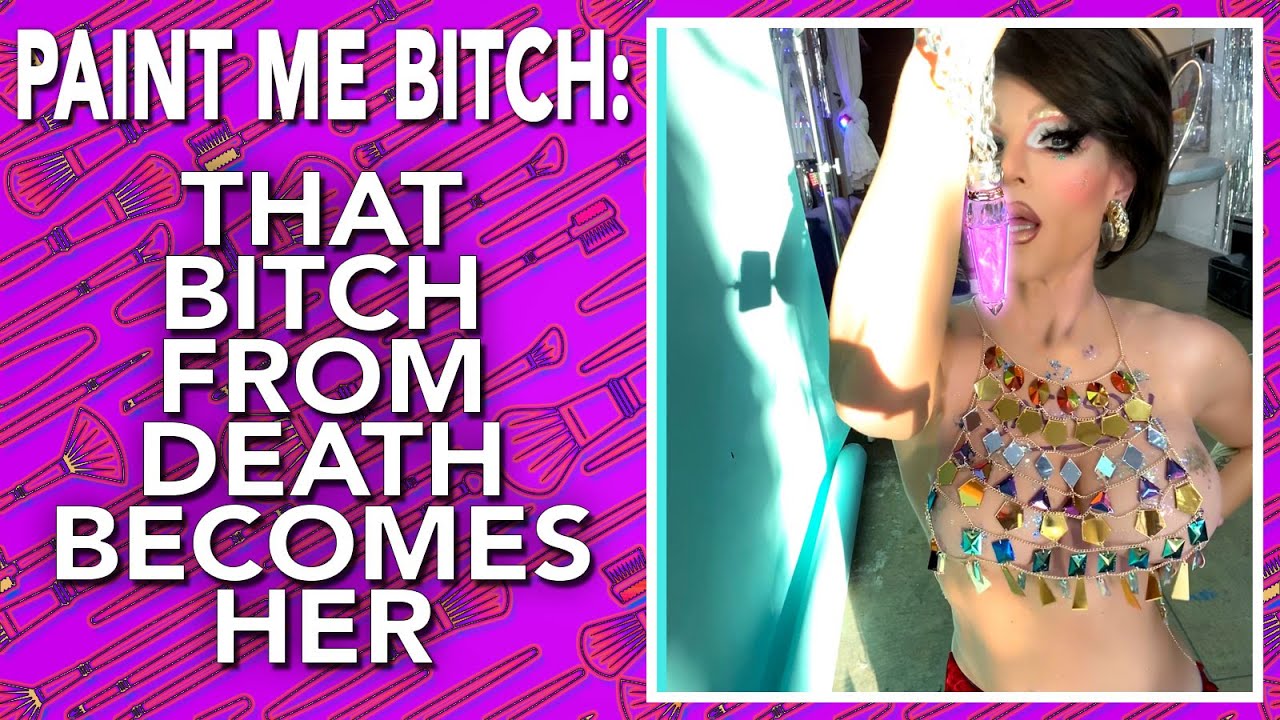 Hello, hello, hello! We are back with some more pre-Halloween treats from the world of drag. If you still don’t have a costume for the upcoming holiday, get some inspiration from wig magician Jaymes Mansfield and Willam (and, if you’re talented with a makeup brush, you might even be able to recreate Trixie Mattel’s iconic look – just ask Iggy Azalea.) We’ve also got musical moments from Drag Race UK’s The Vivienne and the legendary Miss Coco Peru and lots of laughs from Bob the Drag Queen, Monét X Change, Trixie and Katya. There’s lots to see, so let’s bring it to the runway!

If you’ve watched everything on your streaming services (like me) and are looking for some spooky Halloween treats, check out the latest “I Like to Watch” from Trixie and Katya. This time, the pair watch some “old school” horror flicks like The Evil Dead, Poltergeist, The Witches and Scream as well as the more recent Stephen King adaptation, Gerald’s Game. All of these movies are currently streaming on Netflix (and I definitely recommend Gerald’s Game if you haven’t seen it yet.)

A Trixie Mattel makeup video is always a treat, and she always recruits some fun subjects to g under the brush. This time around, she “trixi-fies” Aussie rapper Iggy Azalea (well, she actually guides Iggy through the process and she’s a very good student.) And, can we just take a moment and acknowledge Iggy’s amazing hairdo? It’s fabulous and is the perfect topper for her Trixie makeover.

Trixie and Katya take on all things texting on the latest episode of (the Streamy-nominated) “UNHhhh”. The pair talk about their texting style, showing the receipts (and some amazing photos). They also discuss Christian haunted houses, cold calls, spontaneous in-person visits, emojis, sexting and risqué pics. They also answer fan questions about having the same boy name and Trixie’s (German?) Swedish accent from a recent Klarna promotion. I could listen to these two talk all day long.

Katya is partaking in an unofficial Drag Race tradition and releasing an EP. She discussed her upcoming release, Vampire Fitness (coming out on November 13) on a recent installment of EW’s Instagram Live show “Queening Out”. On the show she said, “I’m not a planner. I’ve actually been working on it for two or three years just trying to get all the melodies right,” adding, “I wanted to do music that you could hear, like, in a club that I’ve never been to. Maybe in a Diane Keaton movie.” She details all of the tracks with Entertainment Weekly and I can’t wait to hear this new music.

Willam has blessed us with two editions of her “Paint Me Bitch” series, giving you some costume inspiration. In the first video, she shows you how to transform into Isabella Rossellini’s Lisle character from Death Becomes Her (using Suckless glitter, of course.) I wasn’t planning on dressing up this year, but I am one breastplate and some sparkly jewels away from this look.

When I say that Jaymes Mansfield is a wig wizard, this video definitely proves my point. Watch as she transforms some fun fur troll wigs and a rainbow-hued creation from Walmart into a truly magical look.

If you’re a fan of the Halloween classic Hocus Pocus, and love drag, you’ll definitely want to tune in to Peaches Christ’s take on the film, Hocum Pokem. The production stars Peaches, BenDeLaCreme and Jinkx Monsoon as the witchy sisters. The online screening will be followed by a Q&A session with the stars. This event will be live on Thursday, October 29 at 9pm EST with an encore on Friday, October 30 at 4pmEST. Get your tickets through PeachesChrist.live.

Yuhua Hamasaki welcomes the delightful Miz Cracker to “Bootleg Opinions” as the two take a look back at the queens from season 11 and rate their recent fashions in this “Where Are They Now?” special.

I am so happy to have Bob the Drag Queen and Monét X Change keeping me company while I work from home, and their “Sibling Rivalry” podcast is always a welcome addition to my day-to-day life. On this episode, they talk about pizza, the Werq the World series and so many other topics.

Monét brings drag to the streets of New York in her latest “Street Beatz” video. The positive reactions she receives by passers-by and some adorable and curious kids will definitely bring a smile to your face.

The always iconic Coco Peru is back with another performance from (one of my all-time favorite movies) Victor/Victoria. Watch as she takes on Julie Andrews’ rendition of “Shady Dame from Seville”.

We haven’t checked in with the fabulous Nina Bo’Nina Brown in a while, but she’s still serving looks and sharing her unfiltered take on all things drag (and more.) This time around, she channels an elegant Egyptian queen and discusses the spooky, ooky Boulet Brother’s Dragula: Resurrection Halloween special.

If you are as much of an anglophile as I am, you will be thrilled to find out who is going to be a guest judge on season 2 of Drag Race UK. Dawn French, of French and Saunders and The Vicar of Dibley fame, revealed the news on Jessie Ware’s Table Manners podcast on Wednesday. She told Jessie, “Here’s a little scoop I’m going to give you. I’m going to be one of the [Drag Race UK] guest judges. They did originally ask me to be a full-time judge, but I couldn’t – I don’t live in London. But I am going to be a guest judge in a couple of weeks.” She added that there have been some changes to the judges’ panel since the onset of COVID-19. She said, “I think there’s going to be Perspex between each judge kind of thing,” and then joked, “That’s a shame because I really do want to touch Ru!” Can’t wait for season 2!

Speaking of Drag Race UK, Baga Chipz, Blu Hydrangea and Vinegar Strokes kiki about education and throw a little shade in the mix in the latest video of “Reality Check.” It’s interesting to hear about education in the UK and how it aligns and differs from schooling in the US. Give it a watch!

And, just because I love the UK queens so much, had to share this too. Season 1 champion The Vivienne just released a new single, a cover of a Dead or Alive classic. The Vivienne memorably paid tribute to the late Pete Burns on the DRUK runway and her version of “Spin Me Round” is destined to be a dance floor classic.

You want even more music? Check out Yvie Oddly’s new album, Drag Trap. In an interview with The Queer Review, Yvie said the time was right to express herself with music, stating, “It felt like it was the most natural step into the musical world. I’ve always been a singer and I’ve always written raps and stuff, but just getting in touch with hip hop felt right. Specifically because of how it’s always played an important role to my identity, and how being so queenie and so out there and liking some of the music that I do is like living a double life. So I wanted to carve out a space for queer people in hip hop, who need to feel their oats and feel like there’s something out there for them.” The new album is out now and is available to stream on Apple or wherever you get your music.

Before we wrap up, election day is coming soon. Please vote. If you need a little inspiration, check. Out this video from GLAAD and the creators of the HBO series We’re Here.  In the clip for the “We’re Here. We’re Queer. #WeVote.” Bob the Drag Queen, Eureka, and Shangela join drag queens, kings, and trans and nonbinary performers from America’s 50 states and Washington, D.C. to encourage you to go to the polls and make your voice heard. Until next week, stay healthy, stay safe, say LOVE and VOTE!